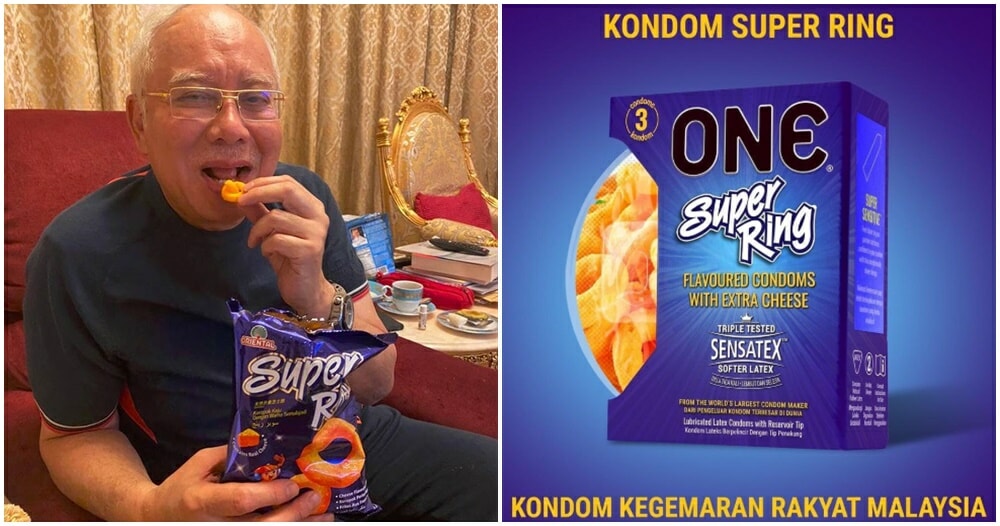 ONE Condoms has always been known for their variety of bizarre local-flavoured condoms. They’ve tested flavours like Durian, Teh Tarik, Nasi Lemak and Rendang but they’re not stopping there.

🧀🧀SO CHEESY, SO GOOD🧀🧀 Should we add Super Ring to our range of limited edition localized flavours? Let us know in the comment! 😜😍 #SuperRing #DoYouOne #OneCondomsMY #KondomKu

Two days ago (29th July), the local condom company teased the release of a possible new condom flavour on their Instagram, the popular Malaysian snack, Super Rings. Curious to find out more, WORLD OF BUZZ contacted the brand to ask about the inspiration behind this alleged new condom creation.

“Since we saw an increase in interest in Super Ring lately, we would like to jump in on the bandwagon!” told One Condoms to WORLD OF BUZZ.

1 ring for 1 charge, how many super rings I have on my fingers? #buktiphbenar#superring pic.twitter.com/HK3wnEPicV

If you’ve been following the most recent controversy surrounding Najib’s SRC trial, you would’ve noticed many netizens and politicians posting pictures featuring the popular Malaysian snack. This is no coincidence to the time the former Prime Minister posted a photo of himself enjoying a bag of Super Rings while mocking Tun Dr Mahathir and four other MPs for being kicked out from political party, BERSATU.

Nonetheless, One Condoms clarified that “the nature of the post is light-hearted and is meant for playful amusement.” Amidst the heated debates and tense political situation, One Condoms decided to give the people a much needed comic relief. “We wanted to have a fun take on it and thought Super Ring inspired condoms sounds like a fun topic to leverage on!” 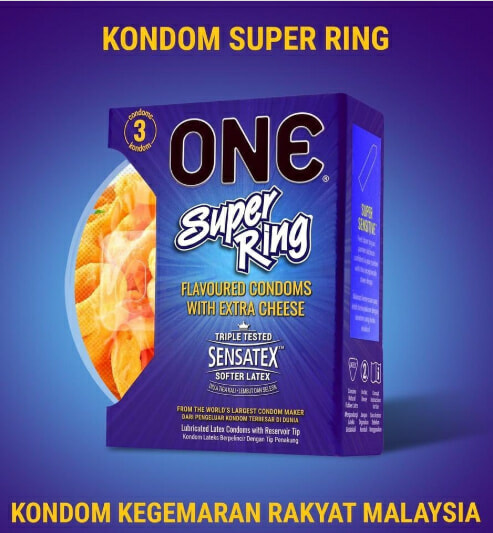 As for whether the Malaysian condom brand is actually planning on manufacturing Super Ring condoms, they told WORLD OF BUZZ, “We do have our range of condoms inspired by local flavours and Super Ring being Malaysian’s favourite snack would be a great idea to explore! We’re constantly exploring new flavours to surprise Malaysians.”

What do you guys think of a Super Rings condom flavour? Would you be into it?