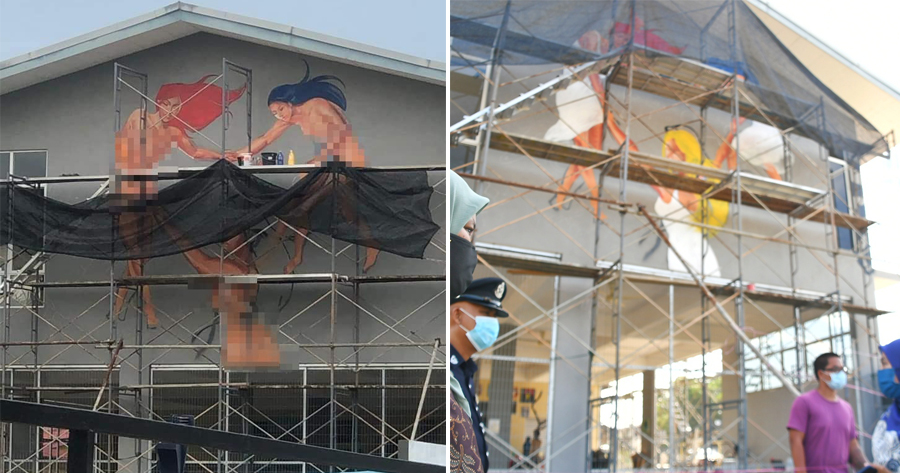 An investigation has been opened regarding obscene murals on the walls of the Kuala Selangor Art Gallery, which has been spreading on social media recently.

According to Kuala Selangor District Police Chief Supt Ramli Kasa, members of the public had lodged a police report at about 10pm on 19 April and the case is now being investigated under Section 427 of the Penal Code for treason to property, and Section 233 of the Communications and Multimedia Act 1998 for sharing or distributing pornographic content. 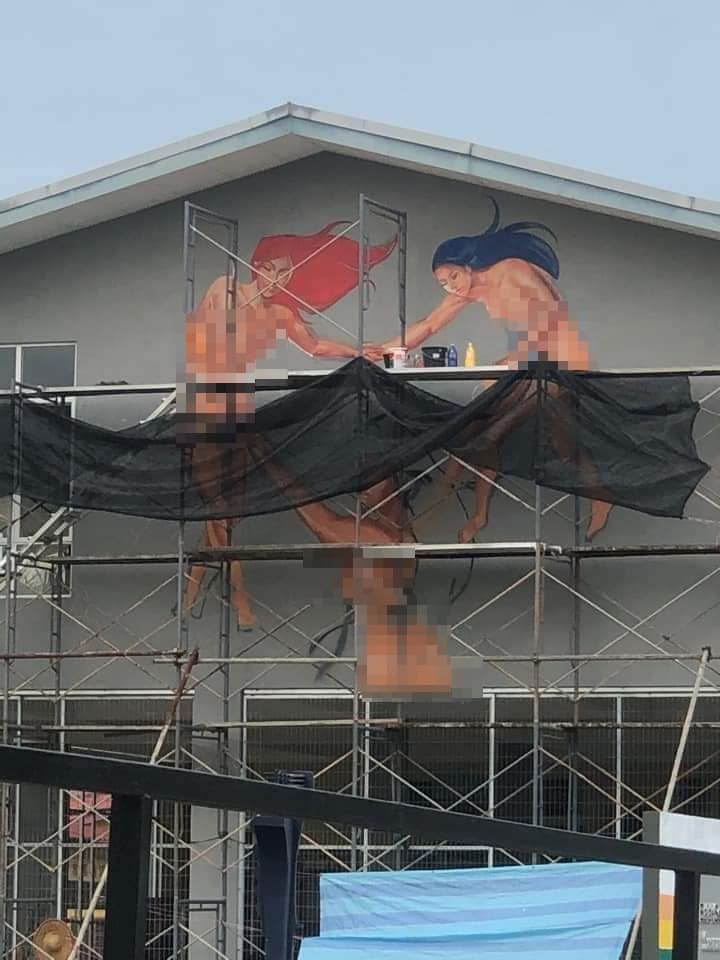 According to BERNAMA, the artist stated that the painting had to be painted layer by layer until it was finished and that the mural did not contain any elements that could provoke disharmony among the races or insult any party. 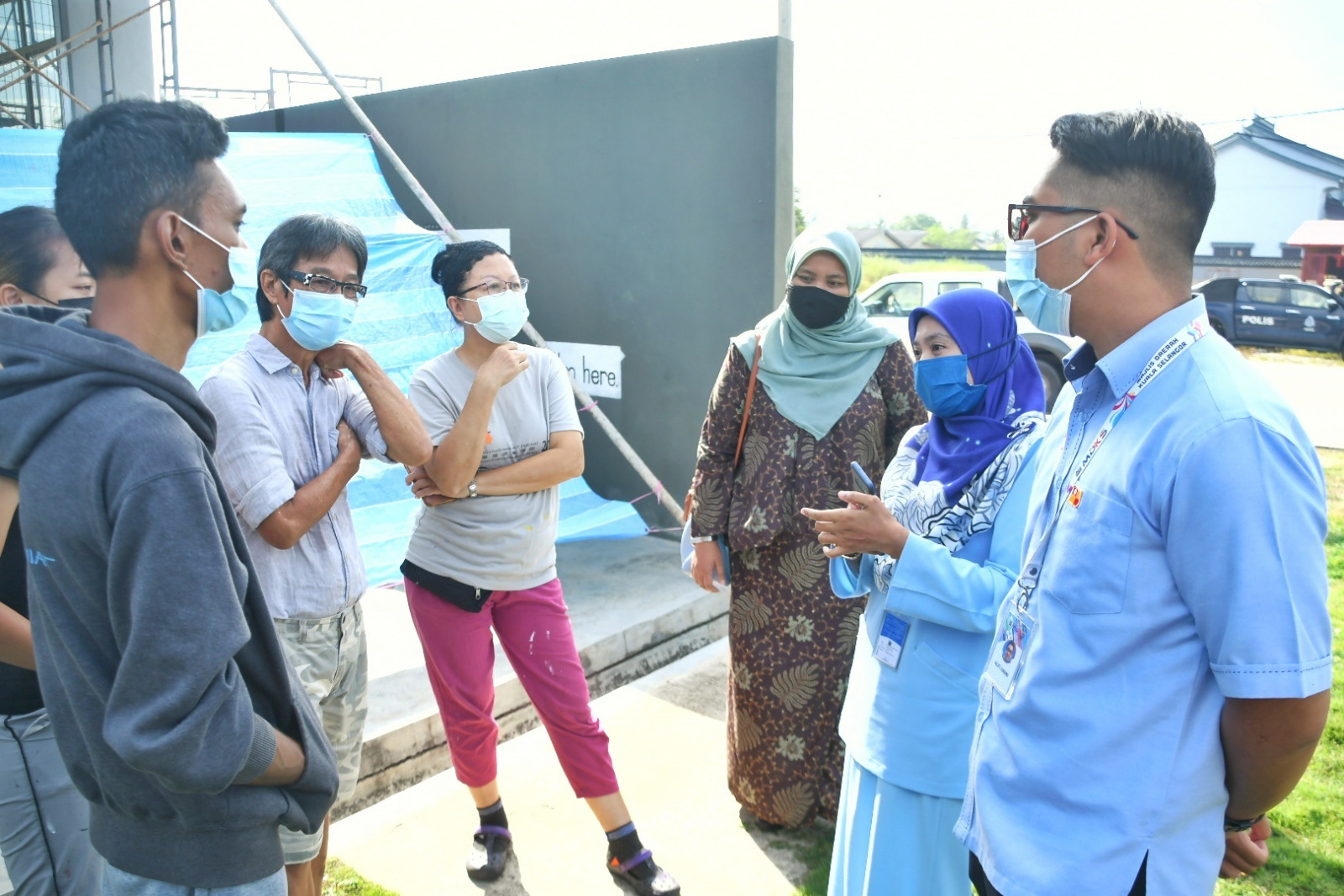 Meanwhile, MDKS said in a Facebook post that they take allegations from social media users about the viral painting very seriously.

They said they were informed at 7pm that the painting was only 20% complete when it went viral on social media. MDKS instructed the painter to complete the drawing of the sensitive parts immediately within three hours. 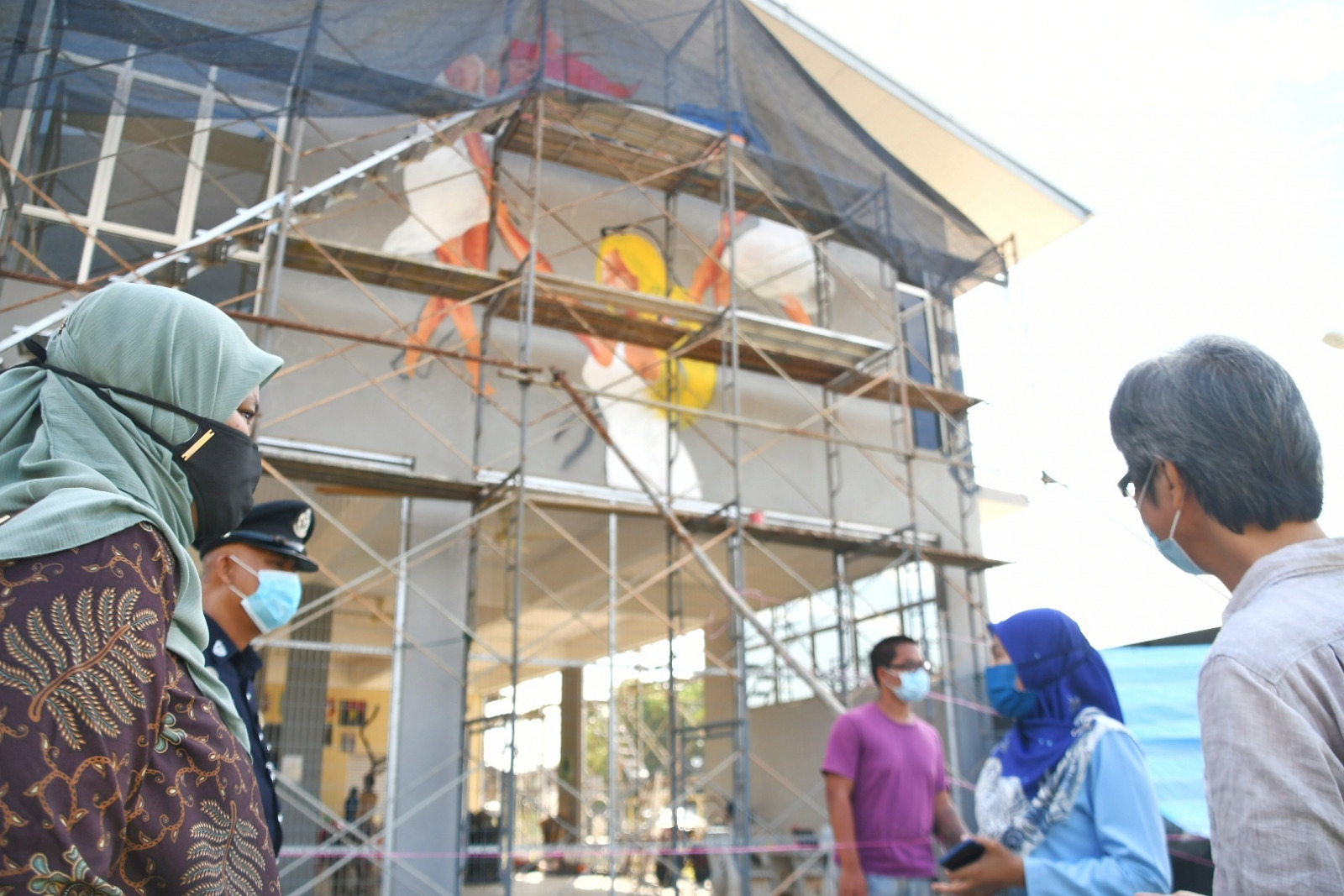 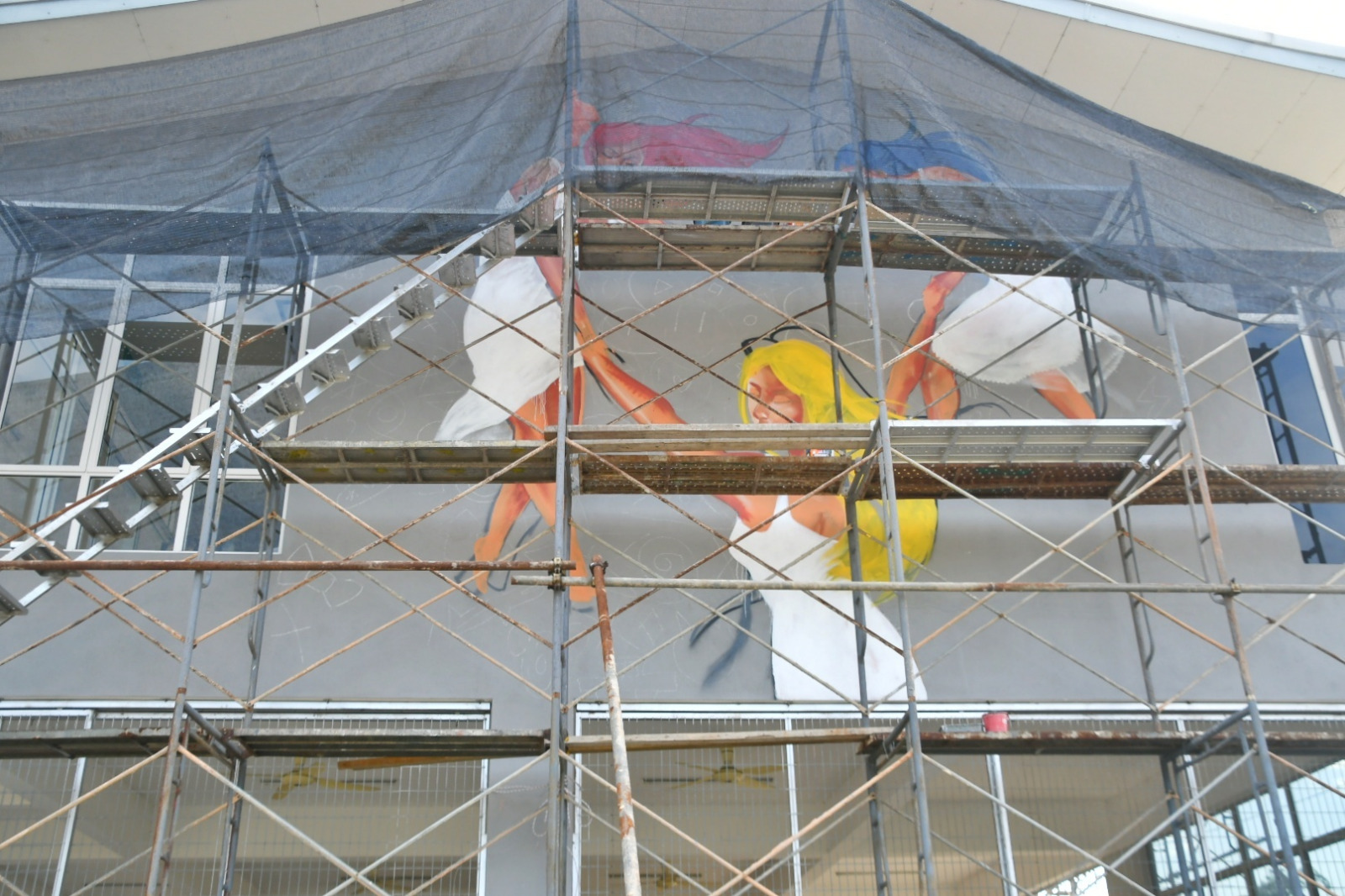 The painter carried out the instructions by 10pm, which makes the mural 40% complete and is expected to be fully completed by 26 April.

MDKS warns and reminds art activists to always be careful and maintain the sensitivity of local culture in the production of artwork and refer to MDKS first. 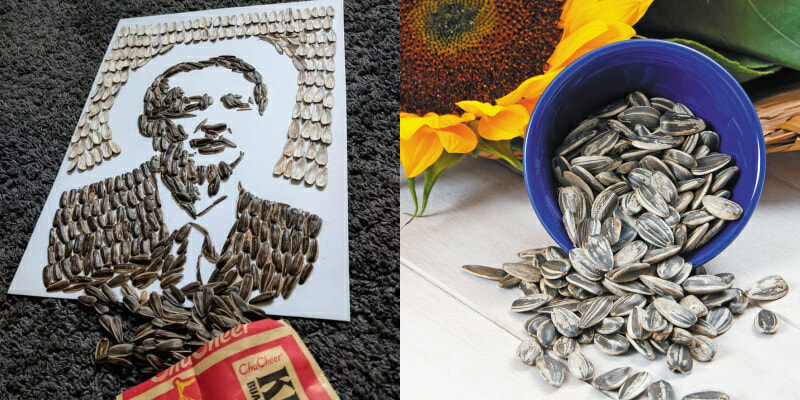