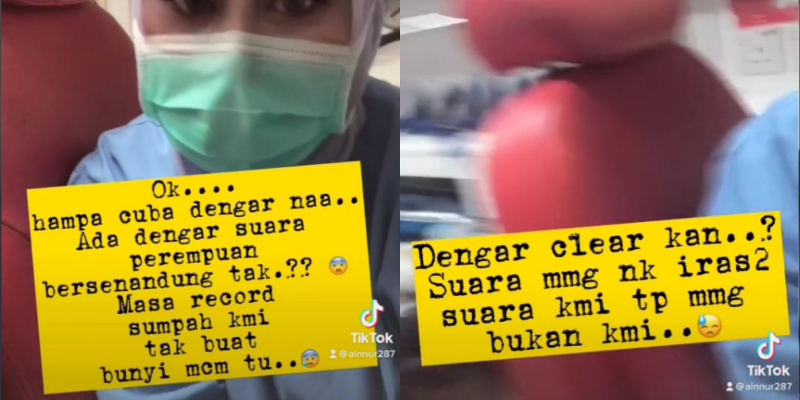 A nurse on her way back to the hospital mysteriously recorded the voice of a woman despite being the only one there.

Taking to TikTok, netizen @ainnur287 writes, “At the time of recording there was no one at the back of the vehicle, and I did not hear the voice while I was recording.”

Making their way back to the Seberang Jaya Hospital after transporting two Covid-19 patients at 4 in the morning, passing the time, Ain recorded her journey back. 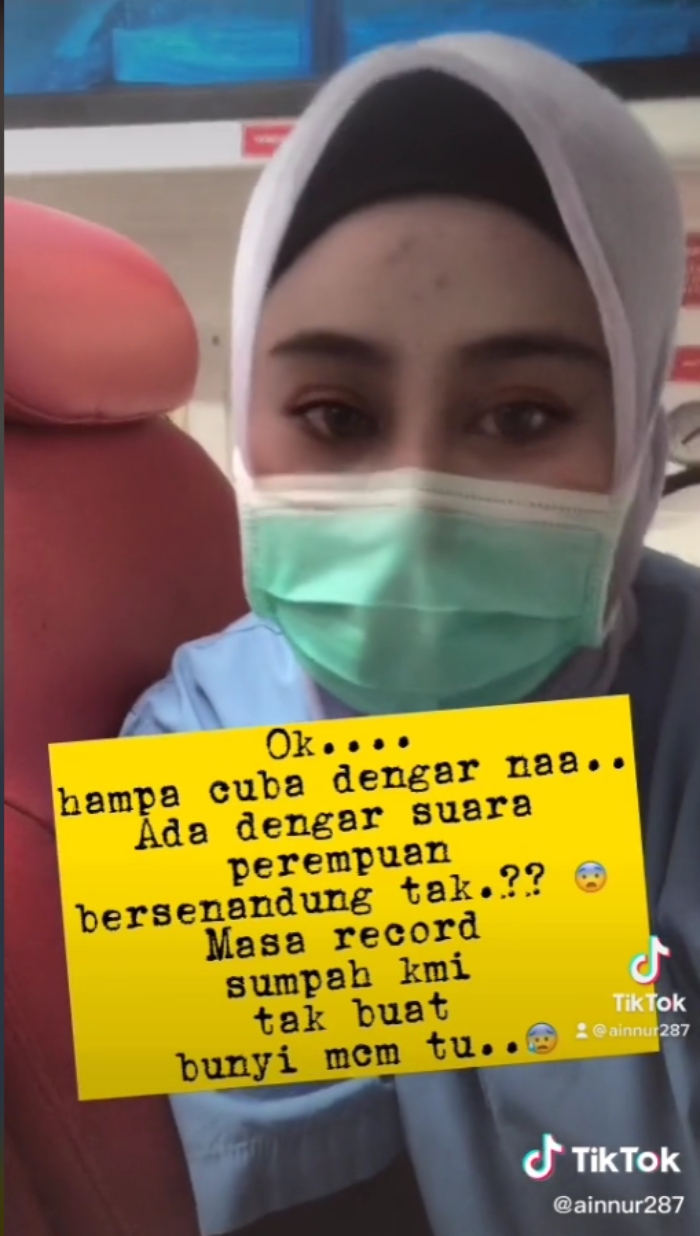 After reviewing the vide she captured, @ainnur287 noticed that there was another woman’s voice in the recording, singing!

According to @ainnur287, the singing voice was not hers.

“You can hear it, right? We both almost have the same voice, but I assure you it is not mine!” 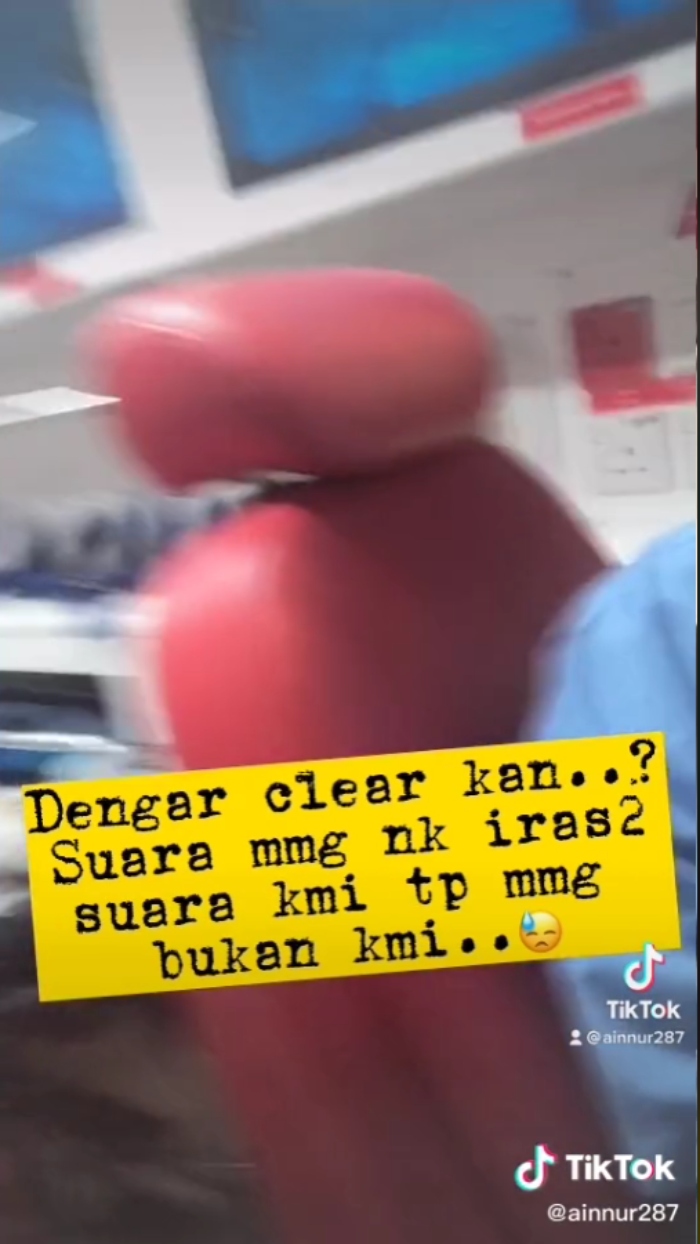 Creepy right? In the comments section, netizens commenting on the video threw encouragements at her to be strong.

What would you do if you were confronted with a supernatural being?

Also read: Man Challenges Ghost To Show Itself, Gets A Scary Response In Return 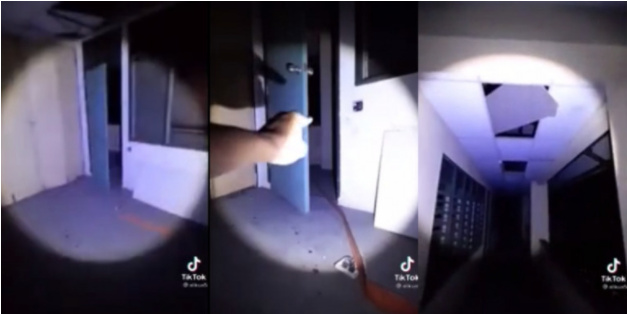