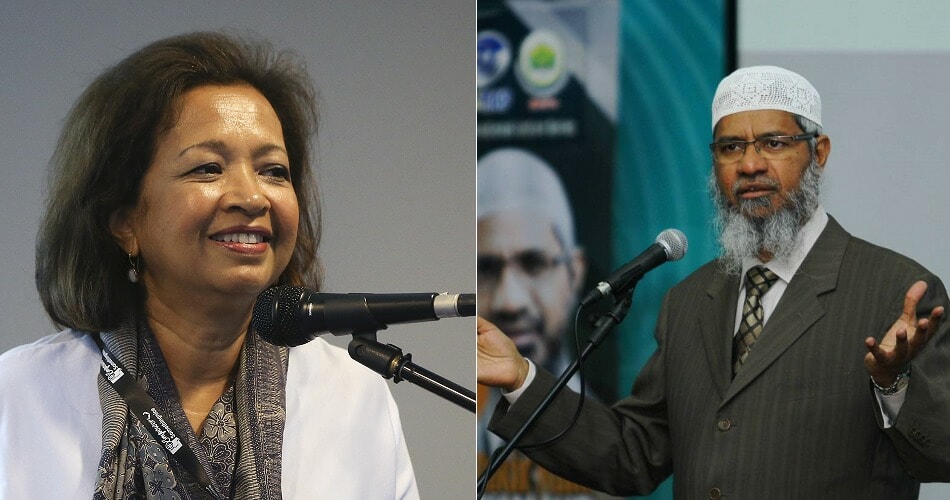 After Zakir Naik’s controversial statement yesterday, many politicians and Malaysians have called for his extradition as he is wanted in India for terrorism and money-laundering charges.

Following that, Marina Mahathir has called him out for his statement against early Chinese settlers in Malaysia. She shared, in a retweet of a Malaysiakini post, that Naik’s statement suggested that a lot of her family members will have to “go back” to where they came from.

She also said that it wasn’t Naik’s place to give such a controversial statement. Her tweet is as shown below:

That’s rather a lot of my family…who are you to tell us that? https://t.co/eDJh5lnjdp

While most of the netizens agreed with her tweet, many pointed out that maybe she should also reiterate the same statement to her dad, our prime minister Tun Dr Mahathir Mohamad.

One netizen said that she should talk to Tun M over dinner about this matter. He implied that Naik’s statement may cause a ruckus in this united and peaceful nation.

Other netizens just plainly asked her to tell her dad to deport Naik back to his homeland. One person believes that maybe Tun M would listen to Marina’s advice. 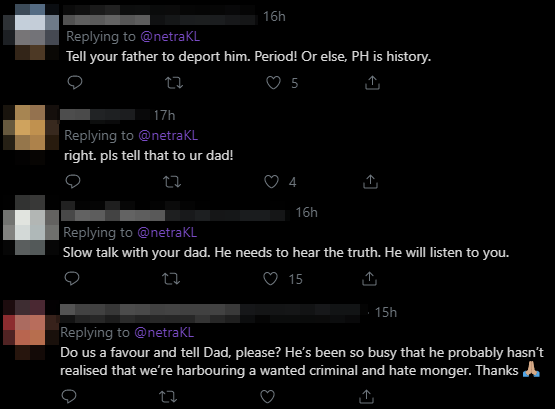 On the other hand, one netizen speculated that Tun M is probably ready “to kick him (Naik) out” because Marina has broken her silence on this matter. Do you agree with him?

So, what’s your take on this issue? Let us know in the comments below!

Also read: Zakir Naik: If You Want Me To Leave, Ask “Old Guest” Chinese To Go Back First 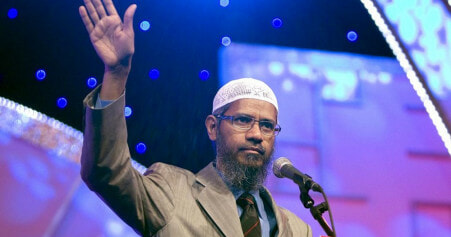