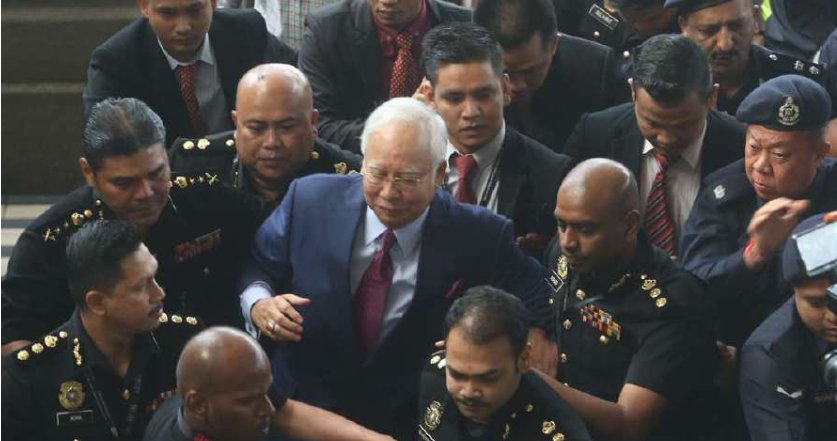 Following former prime minister Najib Razak’s arrest, he has been brought to the high court today (July 4), and has faced four charges that were read out to him.

He was charged with three counts of criminal breach of trust under Section 409 of the Penal Code and one count under Section 23 of the MACC Act where he had abused his position as a public officer.

In the KL high court, Najib was seen nodding along to the four charges as they were read out to him, and pleaded not guilty to all four of them. He also claims trial to the charges.

According to Malaysian Kini, Attorney-General Tommy Thomas, the lead prosecutor, applied for bail to be set at RM1 million for each charge, bringing the total amount of bail to RM4 million to be paid in cash.

However, Najib’s defence counsel, Muhammad Shafee Abdullah disagreed with the bail amount and said that it is too high. 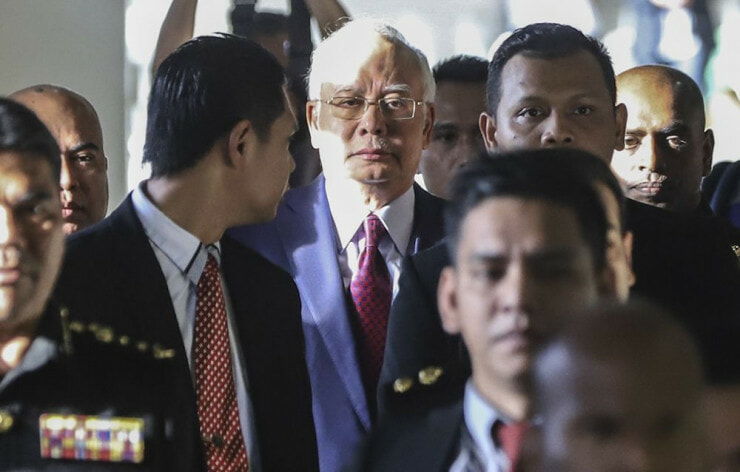 “My client through his children and wife have to ask around from their relatives to raise money. They have some amount but by far not RM4 million.”

He then requested that the bail should be set at a range of RM500,000 to RM800,000 with two sureties for all four charges and for the accused to surrender his passport.

Shortly after, The Malaysian Insight reported on Twitter, that the bail amount for Najib is now set to RM1 million with RM500,000 in cash to be paid today and the rest on Monday (9 July). He will also have to surrender both his diplomatic passports.

JUST IN: Judge sets bail for @NajibRazak at RM1 million and the accused to surrender both diplomatic passports.

Half to be paid today , another half by July 9, 3 pm . Mr Najib also needs to surrender both his passports https://t.co/apTtsWYDPw

Do you think RM4 million is too high for Najib’s bail? Or is RM1 million a fair amount? Let us know in the comments! 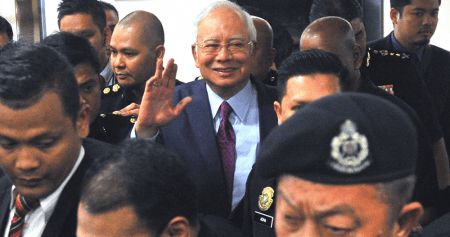