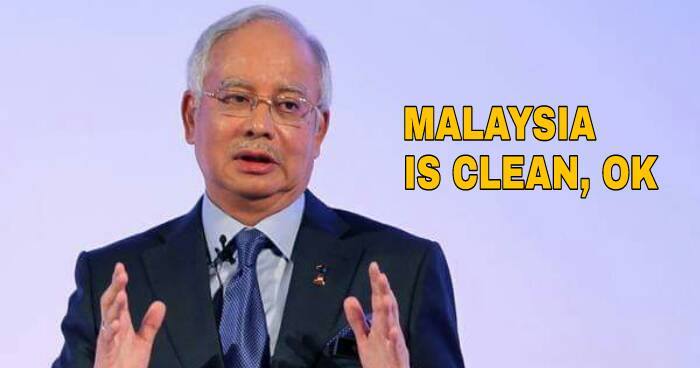 Our beloved Prime Minister, Najib Tun Razak has called bullsh*t on corruption in the Malaysian government – particularly the ones about himself. 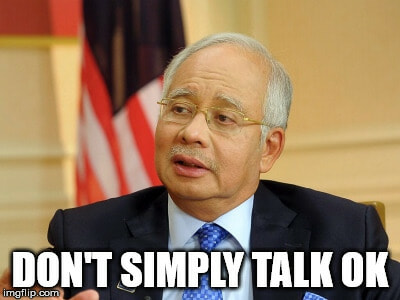 In a blogpost he wrote on najibrazak.com, our PM explained how slanderous remarks almost cost Malaysia a major investment.

“I almost lost an investment from Saudi Arabia when certain parties spread lies regarding our country’s economy where apparently our government will go bankrupt and won’t be able to pay for civil services.

“This is not true at all. Thank goodness, after proving the actual performance of the nation’s economy, Saudia Arabia has agreed to invest as much as RM31 billion in Malaysia through the oil company, Aramco.”

Another huge amount of money from Saudi? Uh oh…

“I also find it weird how a former country leader is also making a bad name for our country. News spread by him is also completely untrue.

“According to him, Malaysia is one of the top 10 most corrupt country in the word. This is not true. Actually, we are the 55th among 176 countries in the 2016 Corruption Perception Index.

“But to lie and spread slanderous remarks about our own country, I wonder where exactly is his love for this country?

“As a leader, I take these issues as a challenge and reminder in building this beloved country.” 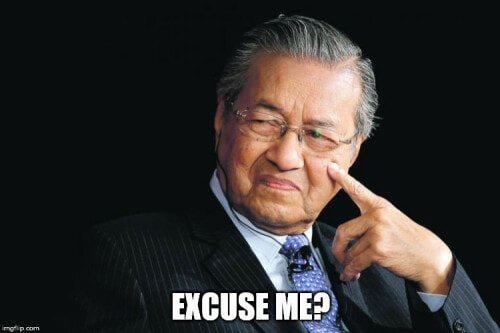 Najib also wanted us to work together to make Malaysia a better nation.

“And so in a bid to building this country, we must all be united and our spirit in loving the country should be continuously fostered.

“Patriotism should be burning in us throughout the whole year, not just in August.

“This country belongs to us, regardless of political viewpoints and ideologies. I believe Malaysia will continue to be peaceful and successful.”

Listen to your beloved papa ok!

Read more: Malaysia Rated As 2nd Most Corrupt Country IN THE WORLD 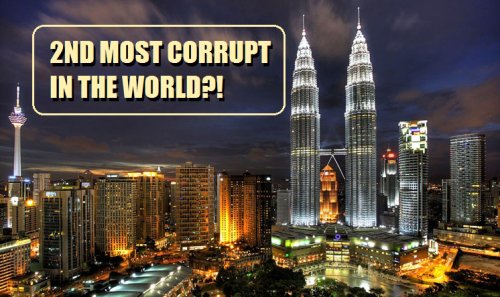