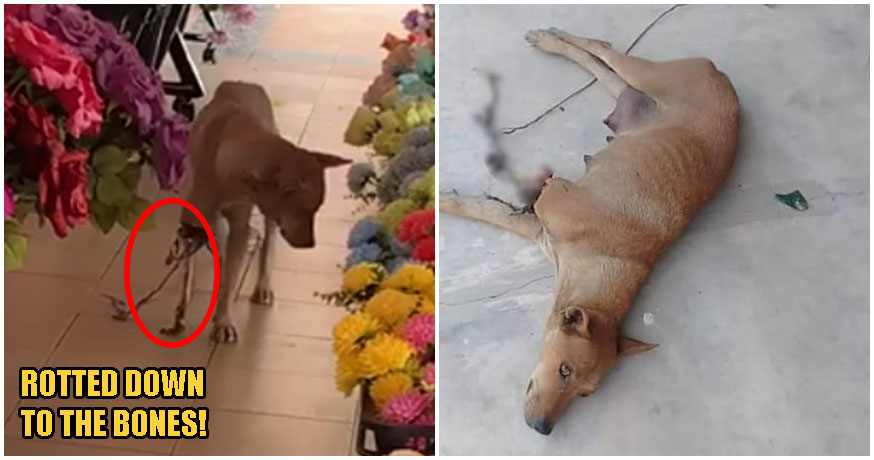 As is the same for all living things, when our four-legged friends suffer from a severe injury, getting medical help can be all the difference between life and death. But while we can simply just walk to a clinic and get the help we need (the same goes for our pets), stray animals do not have that luxury. Most of them wind up with their wounds festering badly as they limp out in public spaces.

Which is exactly what happened in this case with a Facebook video that was recently uploaded by netizen Amalina Mazlan II. The video shows a dog limping about in what appears to be a flower shop, but instead of having four legs, it only has three.

One leg appears to have been completely severed down to the bone, and someone had cruelly tied what appears to be metal wire around the leg. Which, as you can probably tell, didn’t do much good. 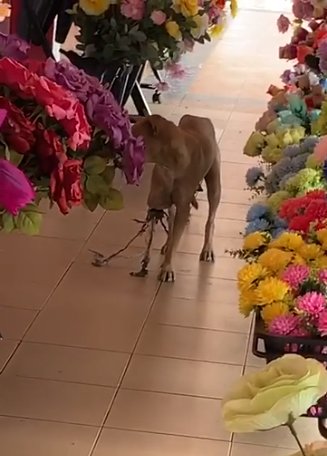 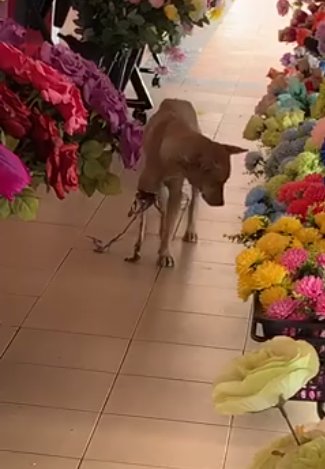 What’s worse is that as it turns out, this dog is the mother to four newborn puppies and has to fend for them, despite having one less leg. The video quickly went viral and caught the eye of a number of animal activist groups locally.

It has been made known that the poor dog, when found by another netizen, Mandy Yeap Yeap, had already been chased by four different groups of people and was exhausted beyond belief, given its condition.

But thankfully, the mother dog and her puppies have been brought to a proper veterinary clinic by Mandy and two other animal lovers to receive emergency treatment, which the mother dog desperately needed. Braving the harsh rains, the three of them did all they could to ensure the dogs and their safety. 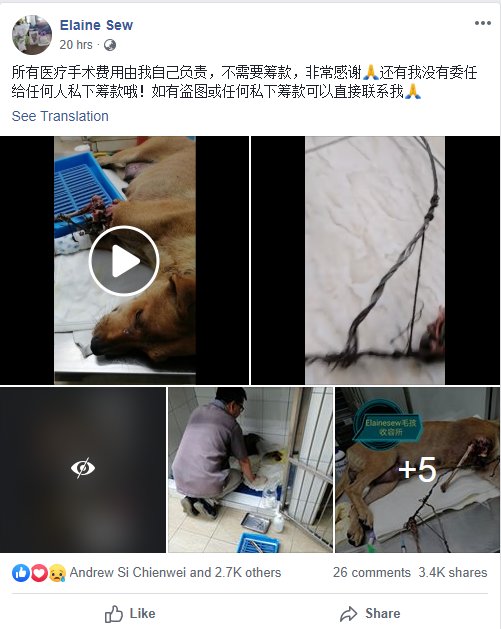 A word of warning: the following photos are very graphic, so viewer discretion is advised. 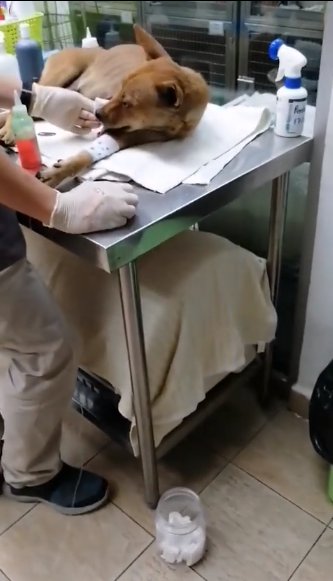 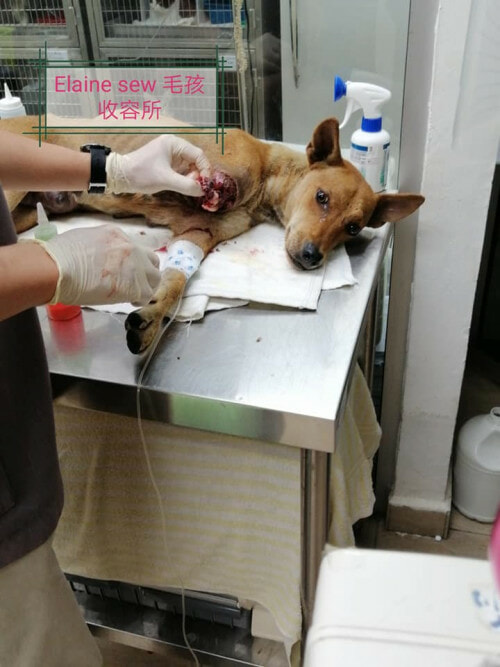 As you can see, the dog’s leg has been completely cut off. Whether if it’s because of the wire tied around it remains unknown, but what is left of the leg is just bones, visible to the naked eye. 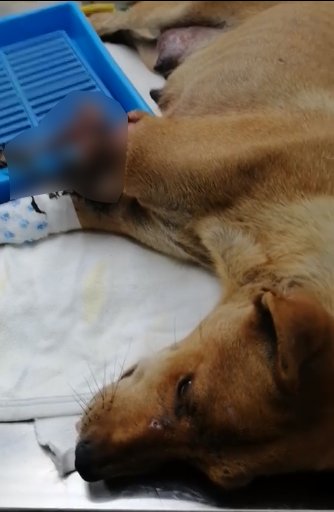 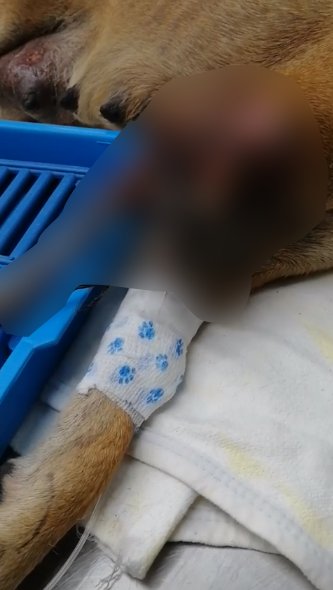 Elaine has since posted an update that the mother dog is currently recovering, and they are waiting for her condition to improve. As for her puppies, they are being tended to and fed to ensure that they remain healthy. 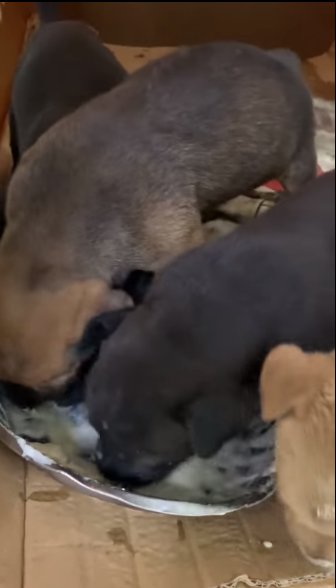 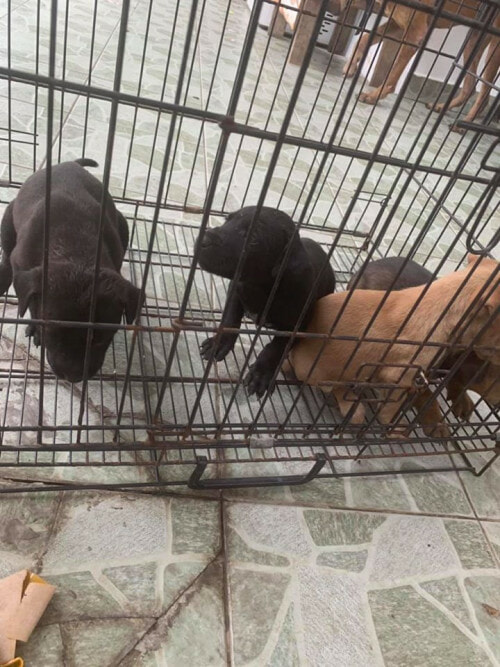 It is unknown as this point as to whether any of the poor dogs will be up for adoption, but we hope that mummy dog pulls through fine so that she can take care of her babies! You can keep updated on the condition of the dogs on Elaine’s Facebook page too. 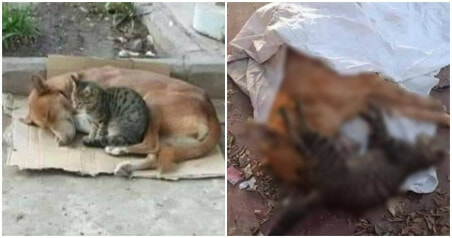