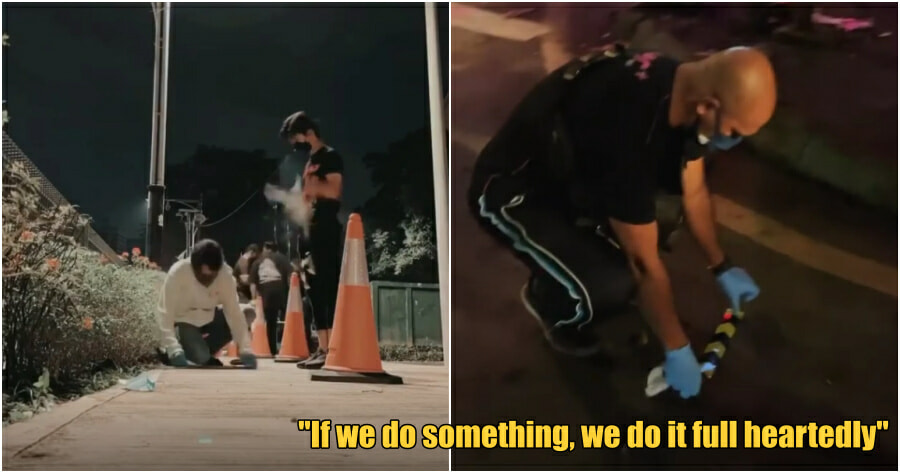 Sometimes, taking matters into your own hands is the best way possible.

With the introduction of walk-in vaccinations on 2 August, there have been reports of massive crowds at numerous vaccination centres (PPV) in the Klang Valley with the authorities seemingly not doing anything to enforce the SOPs.

One such example is the massive horde of people at the Grand Season Hotel, Kuala Lumpur PPV on 11 August. An Instagram video quickly went viral as it depicted the total disregard of physical distancing by the swarms of locals and foreigners at the vaccination centre.

Yayasan Wilayah Persekutuan which runs Rumah Prihatin @ Grand Seasons released a statement that night stating that the crowds were due to misinformation that it offered a walk-in inoculation service for non-Malaysians.

“The clip was due to a misunderstanding and news that Rumah Prihatin provides a walk-in vaccine service for non-citizens, while walk-in vaccinations for foreigners is at the Bukit Jalil vaccination centre (PPV). As a result, an unanticipated ‘rush crowd’ occurred beyond the expectations of management and enforcement.”

However, after seeing the mayhem that ensued, the local online tuition platform MCplus decided to take matters into their own hands.

That same day, the platform decided to share a video on Instagram which showed the public what their team was doing. The video showed the founder, Mr Shakib and his team setting up cones and tape late at night in order to ensure that SOPs will no longer be violated at the PPV.

In a series of Instagram Stories the team said that what inspired them to take action were the wise words of Mr Shakib who believes that “If we do something, we do it full-heartedly.” 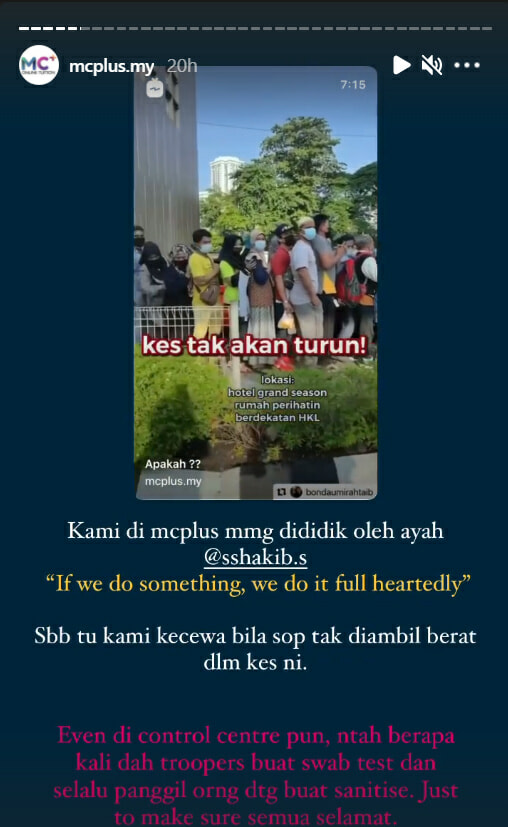 The team also showed the process of obtaining essential items such as the searching and contacting of sellers on online shopping platforms for cones. 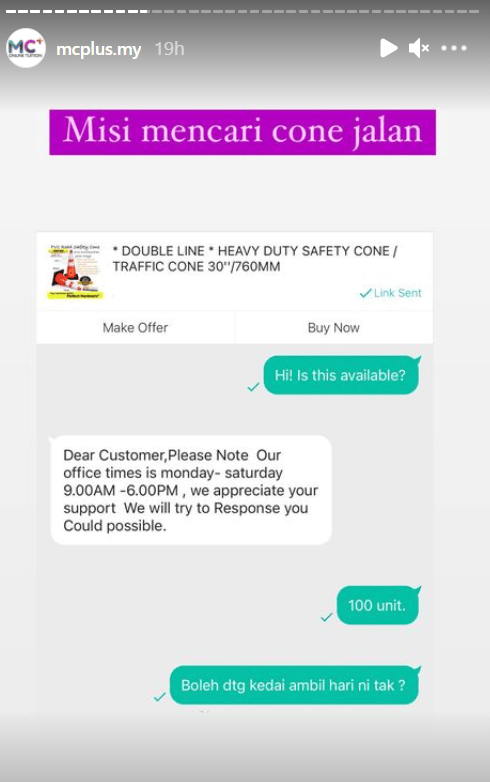 “All of the items are ready. In a while, the founder as well as the team will go to the PPV to set up cones and tape to ensure that there are SOPs over there. We have also bought masks, gloves and PPEs just in case.”

“We are also bringing hope from fellow Plusians” 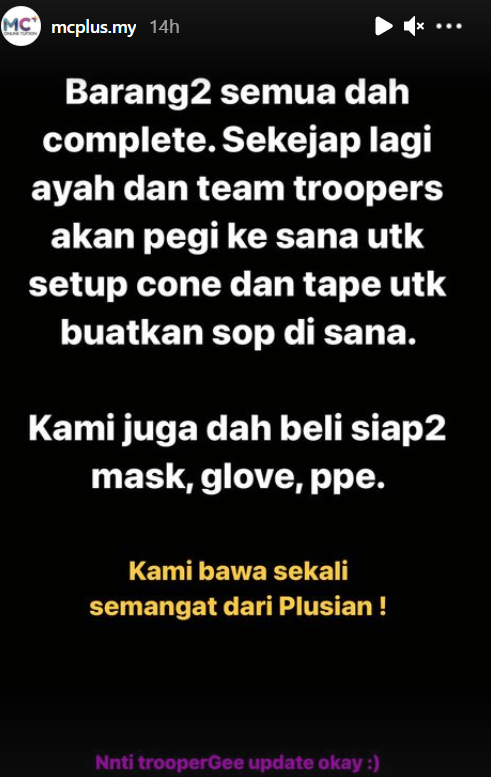 The video on the MCplus Instagram page was flooded with positive comments from netizens who praised the team and their efforts. The video post has received 63,000 likes and 2,800 comments as of the time of writing. 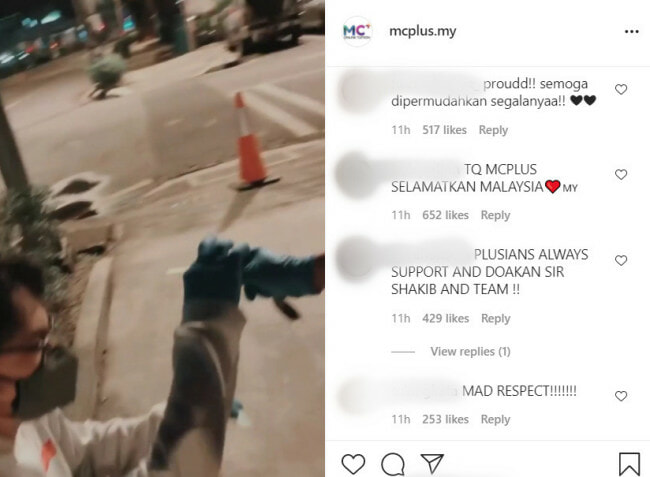 A few netizens also expressed that they feel proud to be a ‘plusian’ (a term used by those who have used the platform’s service). One user said “MCplus don’t just help students but also the whole of Malaysia. Thank you.” Whilst another said “I’ve never met anyone that has is as kind-hearted as you guys. Keep it up MCplus.” 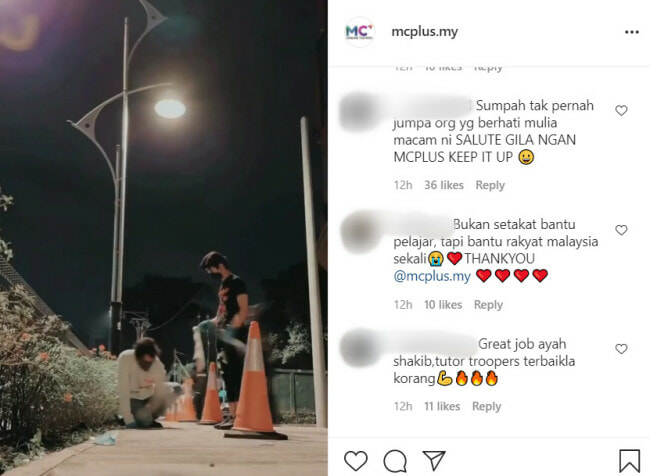 One user said, “Good job Mr Shakib and the team, we as part of the ‘plusians’ are happy and proud as we finally have someone to voice out for us.” 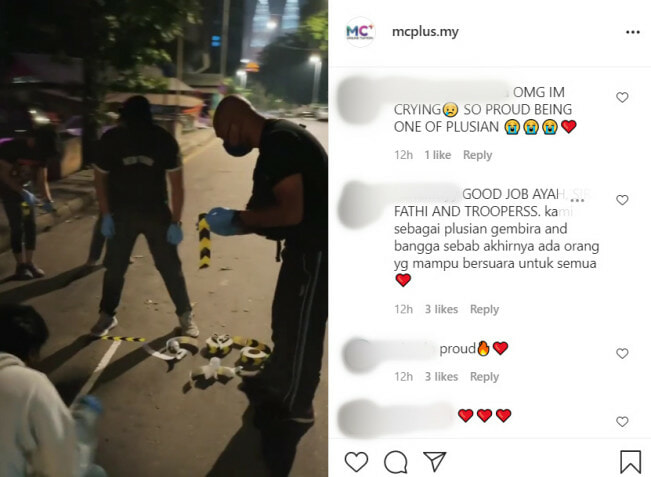 During today’s rough times, stories like these make us feel extremely proud of our people who continue to shed some brightness into our lives. What do you think of this? Let us know in the comments! 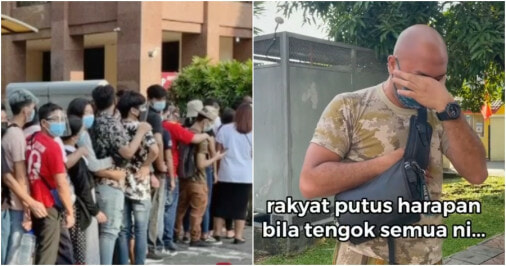