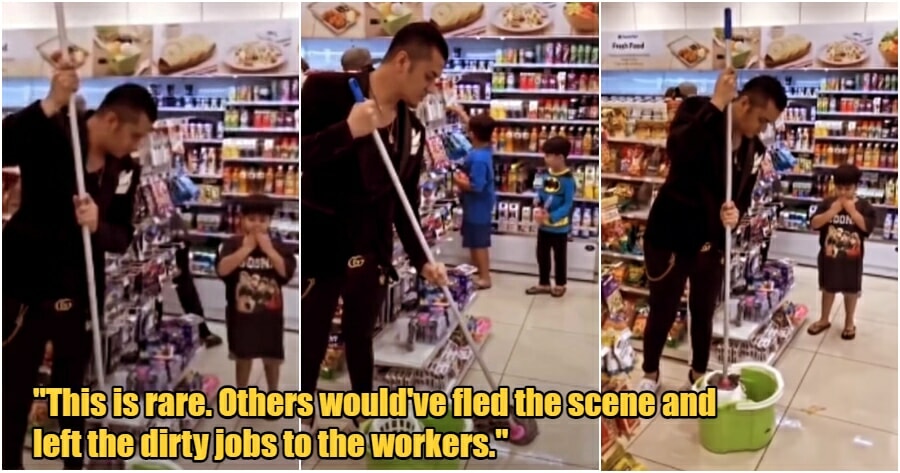 Most of the time, as customers, we tend to leave the dirty job to the workers if we happen to spill our drink. We would usually apologise for the inconvenience before the workers come to the rescue, and go about our business.

Former singer and local celebrity chef, Dato Fazley Yaakob doesn’t do things the same way. Recently, his son threw up at a convenience store and the floor was filled with his vomit. Some of us might repeatedly apologise to the workers before leaving the place but Fazley thought it was better for him to personally clean the scene.

In his Instagram post recently, Fazley revealed that he immediately borrowed a pail and a mop from the employees of the shop so that he could clean his son’s vomit. 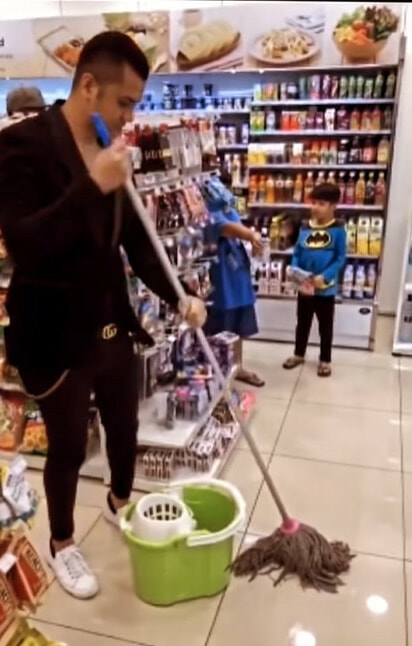 “I felt sorry if I were to scold my son, but in the meantime, how could I leave the pile of vomit for the workers to clean when it was my son who threw up?”

“I would’ve done the same!”

Fazley’s post gained the attention of many like-minded Malaysians who believe they would have done the same. 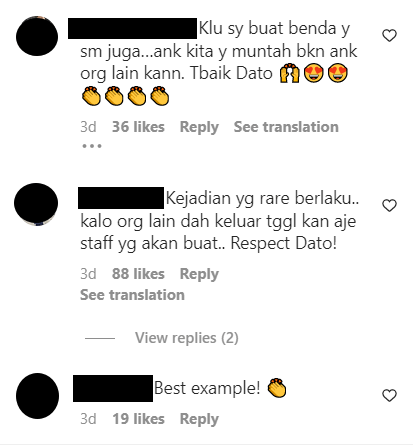 “I would’ve done the same. It’s our own kids who threw up. Good job Dato!”

“This is rare. Others would’ve fled the scene and left the dirty job to the workers. Respect you, Dato!” 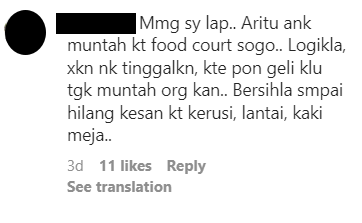 “I clean by myself, too. My kid threw up at the food court recently. Logically, we would’ve been disgusted by the scene if it happened to others. I cleaned everything, including the chairs and the floor.”

In the meantime, more Malaysians have commented and praised Fazley for his act to clean after his son’s vomit. 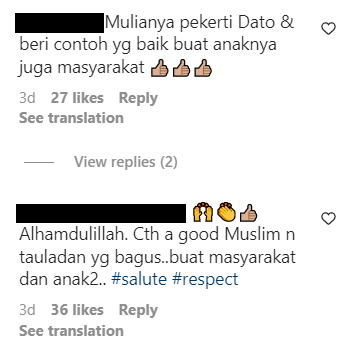 Some users said his act is a good example for his son and his fellow society.

Dear parents, would you have cleaned your children’s vomit in public? Or do you think the dirty jobs are solely meant for the workers at the scene?

Also read: “I love you, mom & dad” – M’sian Singer Receives Heartwarming Note in Chinese From His 7yo Son 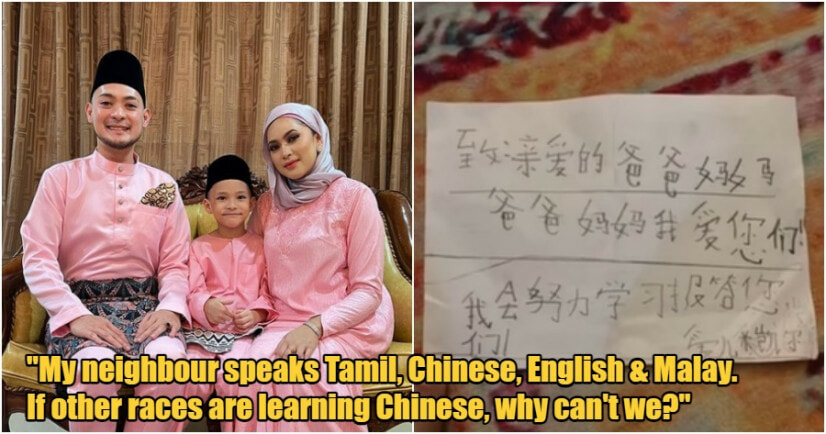