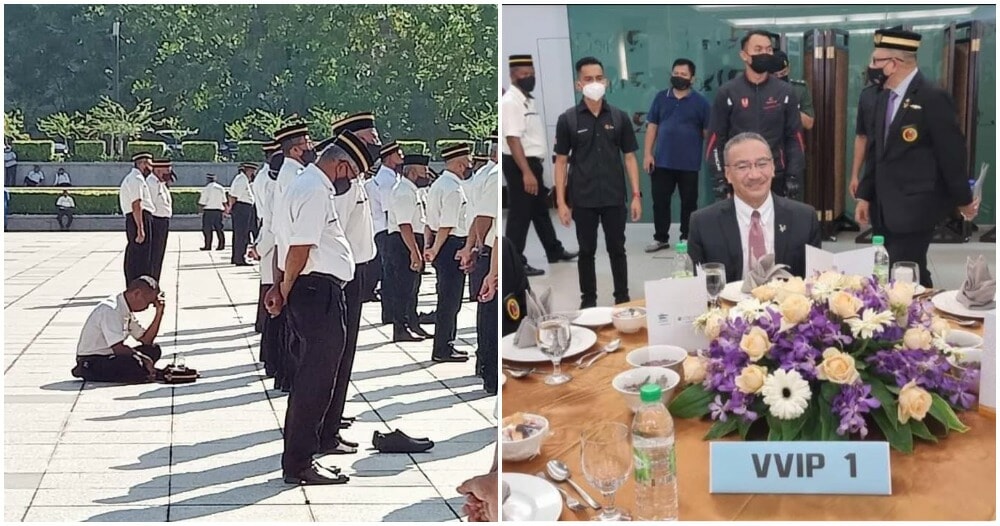 Many cases of double standard treatment have come to light recently and there was another one on 24 May that was highlighted on Twitter.

In the thread, the netizen says:

“They get served what they eat while the rakyat only eat from packets. Is this sharing the cake? Is this Keluarga Malaysia?”

He continued by saying, “if they can’t eat together in the air-conditioned hall, don’t let them eat from packets and on the grass. Give them a table.” 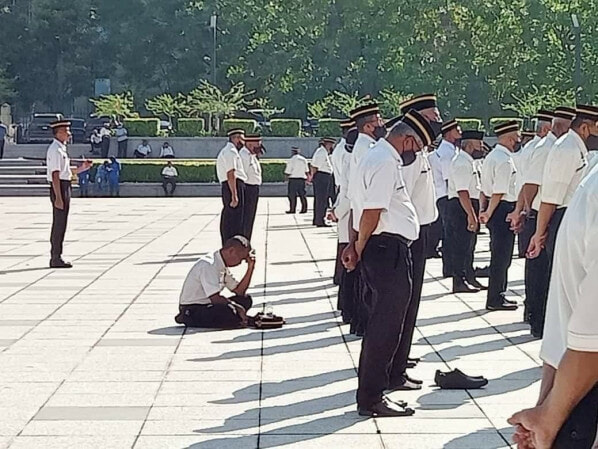 This tweet has since been retweeted almost 10,000 times and liked more than 8,000 times and many netizens have commented on this issue.

“How dare they put the veterans under the sun like that. If they can’t treat and respect the veterans like heroes, at least treat them like the elderly and not like young people. Is common sense rare nowadays?”

“The ones who picked up weapons and go to war are different than the ones who are enjoying aircond and don’t know how to do anything other than talk.” 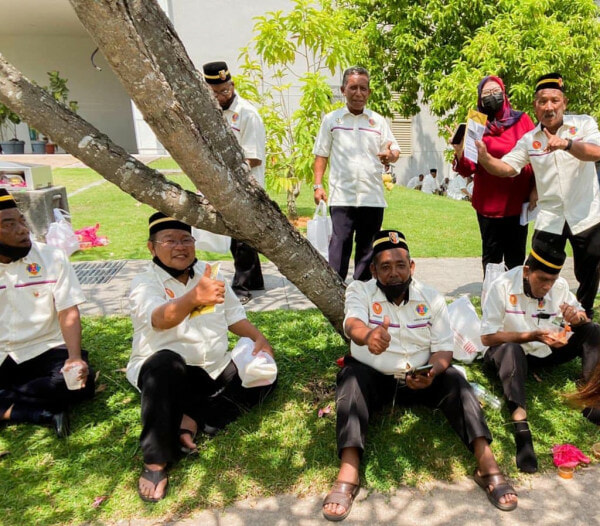 In addition to that, several politicians such as Syed Saddiq and Nga Kor Ming have spoken out on this issue as well.

“Please be empathetic, they have contributed to the nation and have retired. Yet they have to stand under the hot sun and eat by the roadside. I am worried that they will faint. The VIPs sit in airconditioned rooms and get food served to them. Please appreciate our veteran heroes.”

May i ask is this the way how our Minister honoured veterans in the 100th anniversary of ATM Veterans association with VVIP in aircon room while the Ex officers on the floor under the scorching hot sun?This must stop.Pls treat our veteran army with respect & decorum.@MarkasATM pic.twitter.com/g0DO7REHTm

Also read: “He is the father of Covid-19” – M’sians Disagree With Honorary Doctorate Awarded to PM Ismail 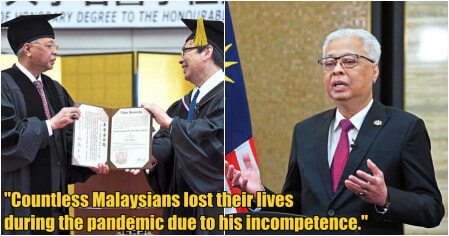