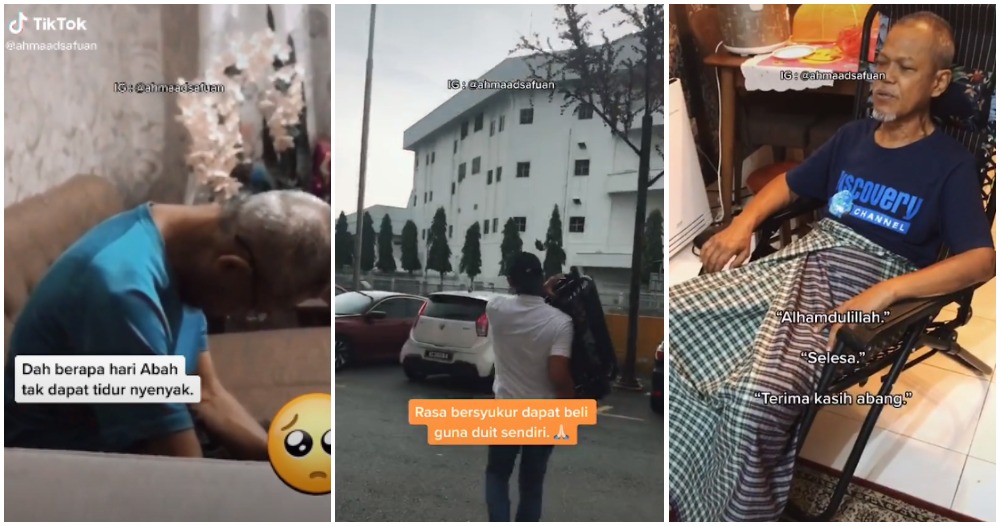 Our parents’ sacrifice for us is definitely immeasurable, right from when we were babies to full-grown adults, their love never wavers. For all they’ve done, they never expect anything from us and that is the most unconditional love.

Ahmad Safuan posted a video on his TikTok showing his love for his father who’s suffering from a heart condition which disturbs his sleep. His condition causes him to have shortness of breaths and forces him to sleep while sitting down. 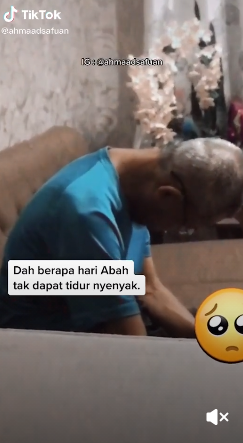 “Abah hasn’t been sleeping properly for a few days.”

Following his discomfort, Safuan’s father sent a picture of a lazy chair to the family WhatsApp group saying that the chair looks comfortable. Safuan decided to surprise his father with the chair! 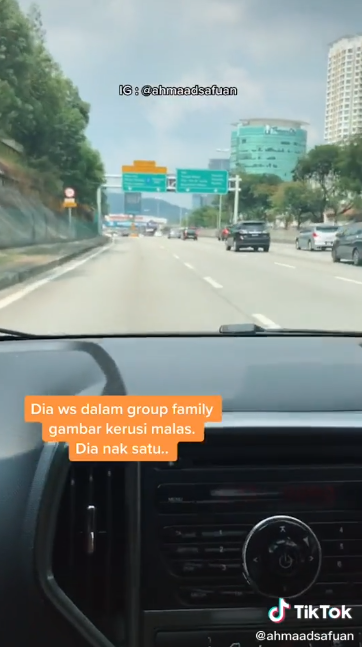 “he sent a picture of a chair to the group saying that he wanted one like that. ”

Safuan searched high and low for the exact chair his father wanted and finally managed to find one. 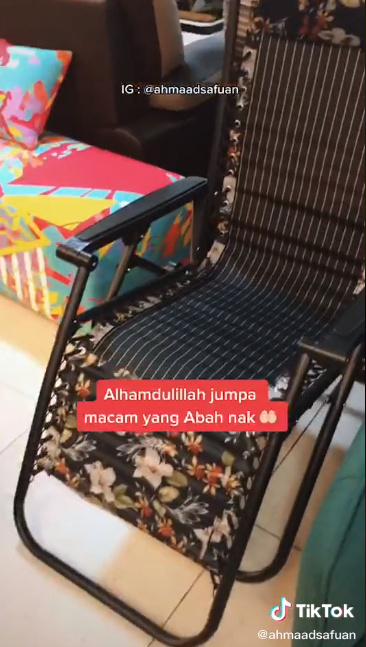 Safuan added that after losing his job during the CMCO, he started a choco jar business and thankfully it’s been flourishing.

“Thankfully, despite the CMCO, my business has been going good. I feel happy that I was able to buy this for my father using my own money.” 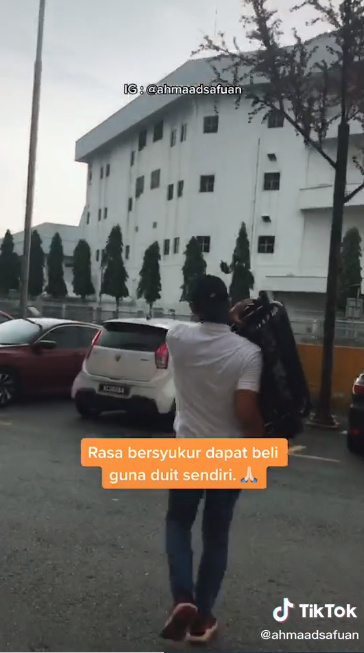 When he returned, he was heartbroken seeing his father on the floor trying to sleep. “I can see how sleep deprived he was looking,” Safuan said. 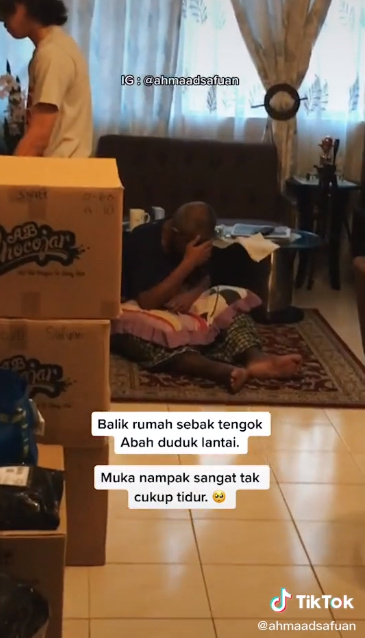 When his father saw the car, he couldn’t contain his happiness and was smiling from ear to ear. After sitting on the chair, he grinned and said that the chair is comfortable and even thanked Safuan. 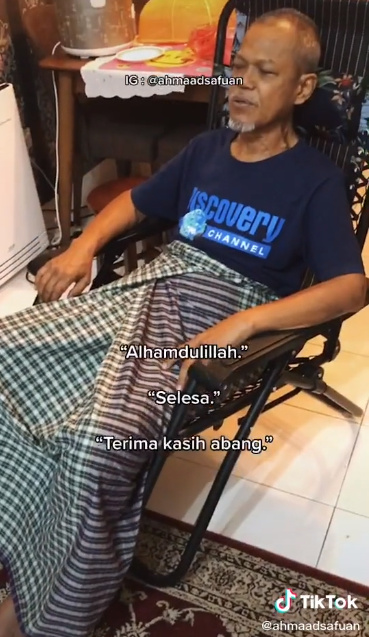 Safuan ended his video by asking netizens to pray for his father’s health and he wishes to reach greater heights of success with his Abah by his side.

Safuan’s story teaches us that for all that our parents did for us, it’s just right we take care of them now especially if they’re ill. Not only that, but it also tells us that we should definitely support local businesses as they’re all just trying to get by during these tough times. 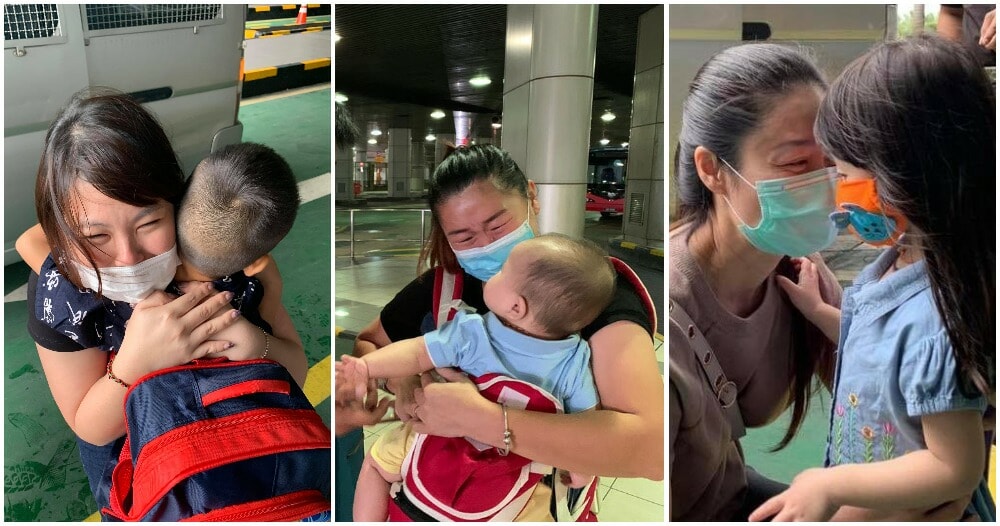