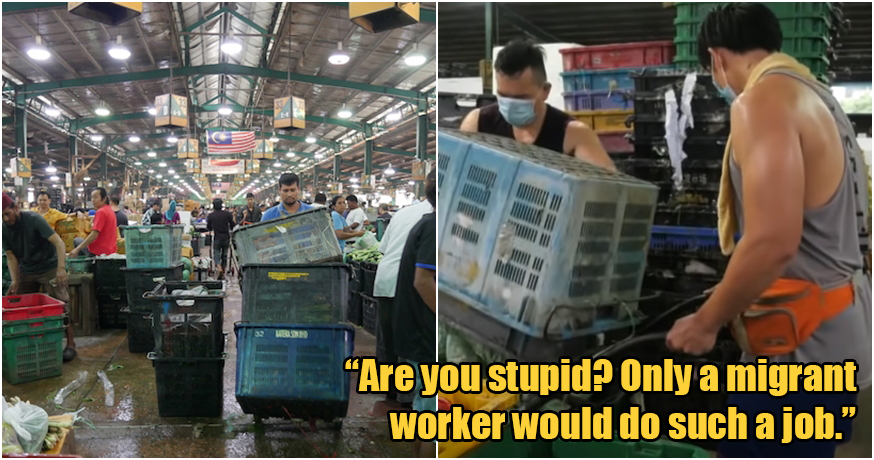 Source: In.Malaysia & The Star (Image used is for illustration only)
ShareTweet

In times like the ones we live in, we do all that we can to make sure we survive and make ends meet. And with the job market narrowing down considerably, it is worth remembering that any job right now is better than no job at all. For one university student, that is exactly the belief that he took to heart after losing his part-time job during the Movement Control Order period. Taking up a job offer at a local wet market to help out stall owners to earn an honest living, what he didn’t count on was for his friends shaming him for working such a ‘low-level’ job.

The university student, who shared his plight anonymously through social media, spoke about how difficult life became after being fired from his part-time job during the MCO period. Surviving on meagre savings while studying at the same time, he added that his family’s financial status has never been sound, to begin with.

“My parents are old and sick, they can’t work anymore. So when I noticed that there was a vacancy at the wet market for labourers with a daily wage of over RM80, I didn’t hesitate to sign up.” he said. While the work is physically demanding and he was expected to show up at 1am in the morning to help out at the wet market, he was glad that he was being paid for his work. Yet his friends, upon finding out that he was working as a labourer, ridiculed him.

“Many laughed at me, asking if I was stupid for wanting to do the job that only a migrant worker would do when I’m a university student.”

Some even went to the extent of shaming him over social media behind his back for working in a wet market. The anonymous student goes on to say that even in light of his demanding new job, he still continues to work closely with the same friends who ridiculed him for assignments and did his own part well. He ended his confession, wondering why would people continue to have such a long-standing stigma against manual labour, when it is simply an honest job in itself. Photos used are for illustration only.

The story, which has since gone viral over social media, garnered plenty of attention among Malaysians especially in light of the government’s new move to clamp down on foreign workers in wet markets, and the hiring of locals in their place.

Many pointed out that many of today’s youth are far too privileged and pampered, leading them to have such discriminatory attitudes towards honest work, while praising the student for his willingness to do what it takes to make ends meet.

To this hard-working student, we hope that you will continue to do what is best for you and we applaud you for going the extra mile to earn a living in these tough times!