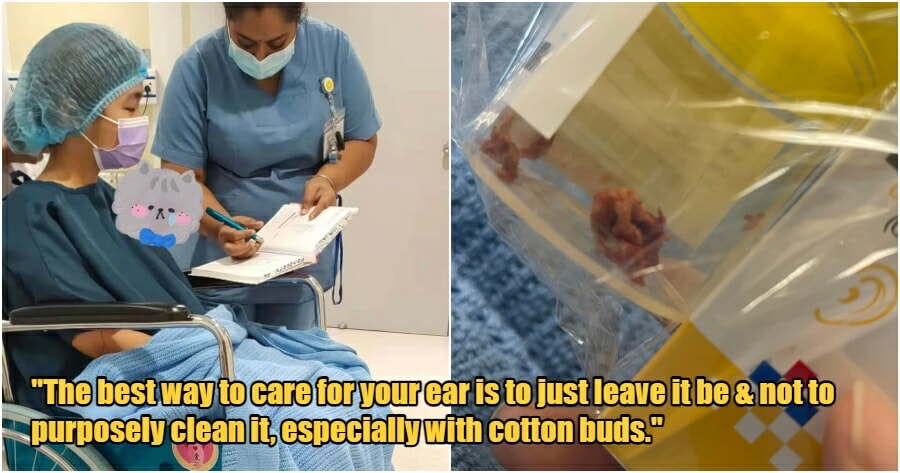 Want to clean your ears? Cotton buds to the rescue! But does a cotton bud really “rescue” your ears from dirt? 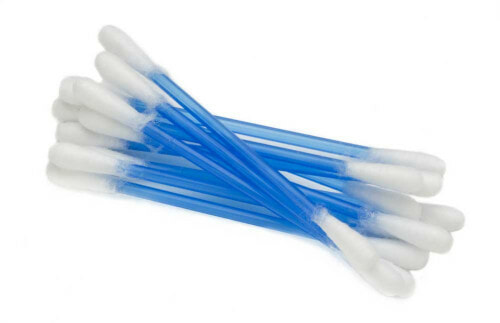 Recently, a Malaysian named Yen Nee shared her experience of landing in hospital due to excessive use of cotton buds. In her Facebook post, she revealed that her right ear had been painful and itchy since last month. What’s worse was that her ear canal started to inflame severely and caused her to feel immense pain in her throat, on her face and head!

“It was so bad that pus was flowing out at times and my hearing was also affected,” she explained.

“There was a hard object stuck in my ear. The surgery could have been done in 15 minutes but it took 2 hours.” 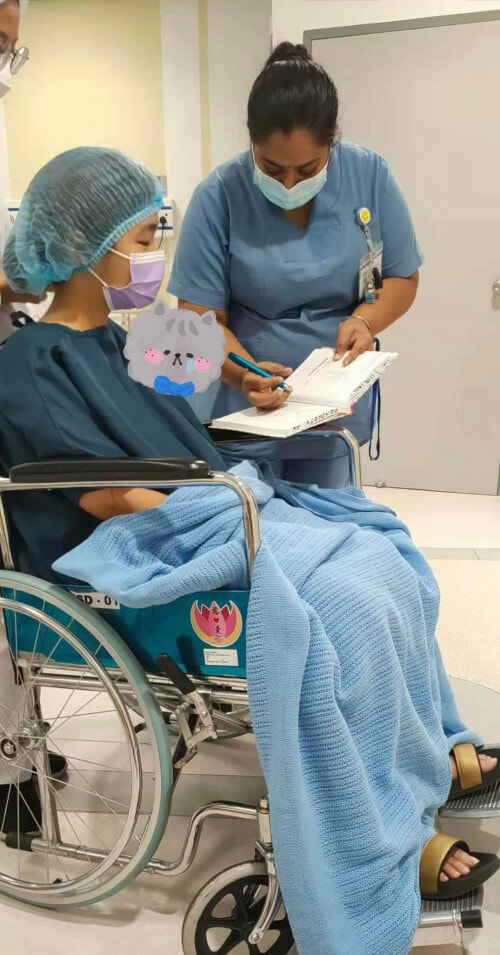 Yen Nee then explained that the condition was serious as she frequently cleaned her ears with cotton buds which pushed debris too far into the ear canal. When it’s accumulated, inflammation in the ear happened and if not treated early, it could have led to deafness. 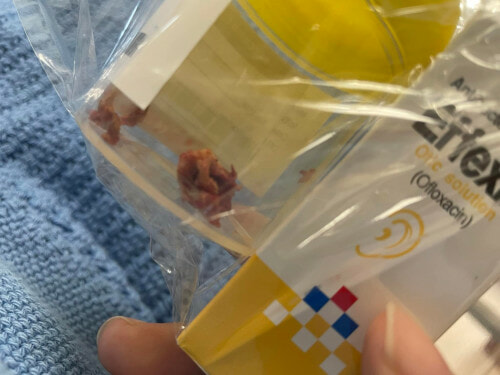 WORLD OF BUZZ reached out to Yen Nee and it is revealed that the doctor who performed the surgery, Dr Ruth Ng, had this message to share:

“Dr Ruth said the best way to care for your ear is to just leave it be and not to purposely clean it, especially with cotton buds,” Yen Nee added.

She ended her post by thanking Dr Ruth and everyone else involved.

That must have been a very painful experience for Yen Nee but we’re glad she had sought the necessary treatment! Her experience may also be a lesson for you to stop using cotton buds in the future. 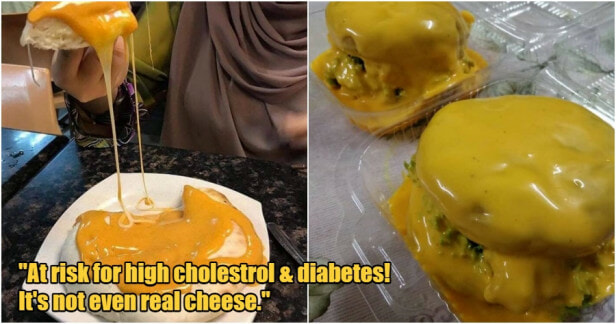