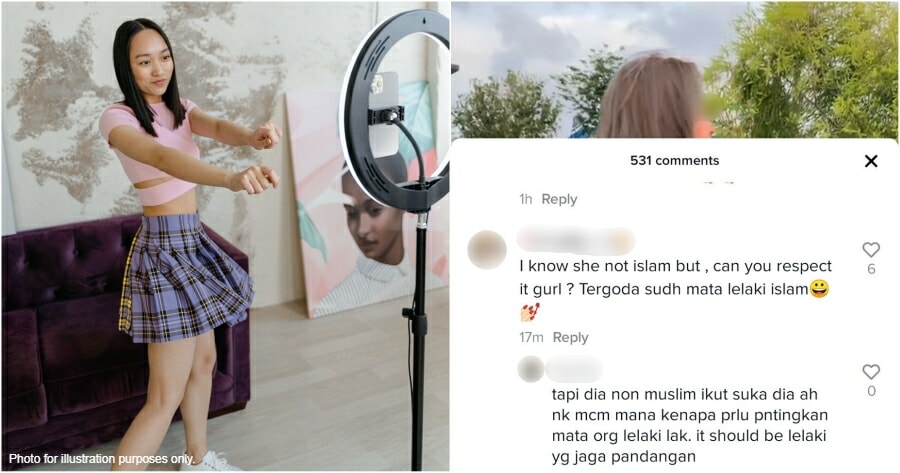 It’s no secret that TikTok has become a place for people of various backgrounds to express themselves.

Sadly, it seems as though some are using the platform to harass others with their opinions.

She wrote, “Way too many videos landing on my ‘For Your Page’ (TikTok’s timeline of suggested videos) of Non-Muslims getting harassed by people. What the heck. This is just one of the comment sections. This is what happens when rampant misogyny and sexism runs under the guise of religious reasons. We can do better.”

The gist of the comments is that the TikTok-er shouldn’t dress provocatively as she can tempt the Muslim men who are watching, especially since the TikTok videos are available for public viewing.

Here are just some of the comments:

“Seriously, the longer she’s at it, the more she shows,” one person shared.

“There are many Muslims in Malaysia, so cover up.”

“Allah is watching you,” another said.

“Yes, she’s not Muslim. But this is public. This is Malaysia, not Zimbabwe.”

One netizen even said, “I know she is not Muslim, but can you [show some] respect, girl? The eyes of Muslim men are tempted.”

Nonetheless, there were many netizens who defended her.

“But she is a Non-Muslim, so she can be as she pleases. Why should she prioritise men’s gazes? It should be on the man to look away,” a netizen responded.

“You can just scroll, let the girl breathe,” another shared.

“It’s clear to see a lot of our people don’t treat girls with respect and treat them like objects. First, my Muslim sisters and now, even my Non-Muslim sisters have to be subjected to such harassment. It’s clear there’s an issue we need to address in our society,” Ain added.

Respecting women comes by seeing them as individuals and contributing members of society, beyond what we wear.

It is truly saddening to see how sexism is still widespread in our country, even in the modern era that we’re living in. 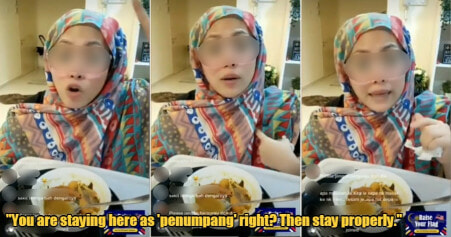