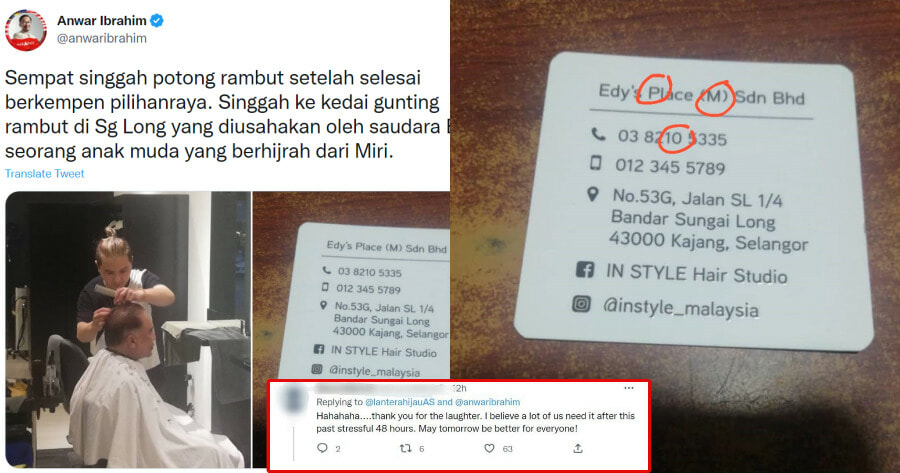 Many Malaysians are on edge as PN issued a few statements mentioning that they’ve garnered the support from other coalitions to form a government. Following the incident, Party leader, Dato Seri Anwar Ibrahim and the whole of Pakatan Harapan has been quiet about this issue.

In a short interview with Astro Awani, Dato Seri Anwar Ibrahim has called for all Malaysians to stay calm and that he would only reveal the names after he has submitted the list to the Agong. He then shared another tweet mentioning that he managed to squeeze in a haircut after campaigning.

“I was able to stop by this barber shop after campaigning to get a haircut. This barber shop is located at Sg Long and is run by a man named Edy, a young man who moved here from Miri.” 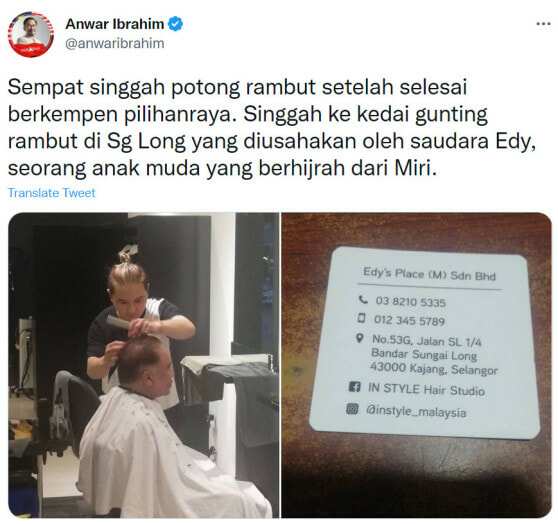 Following his tweet, a netizen then shared a hilarious ‘hidden message’ that he found based on the pictures accompanied by the tweet. 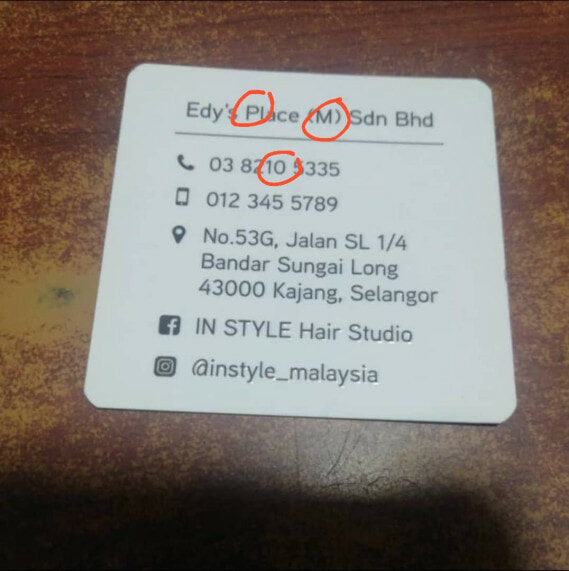 The tweet then garnered over 5,000 retweets with netizens commenting on how the tweet has made their day after a rather stressful 48 hours post-election.

“Thank you for the laughter.”

“This is like the Korean Dramas we watch! There’s a hidden message!”

We would like to remind everyone that the tweet shared above is purely for entertainment purposes and NOT an insinuation of anything. We would urge netizens to take it with a pinch of salt and not engage and/or lodge any personal attacks against the Twitter user. 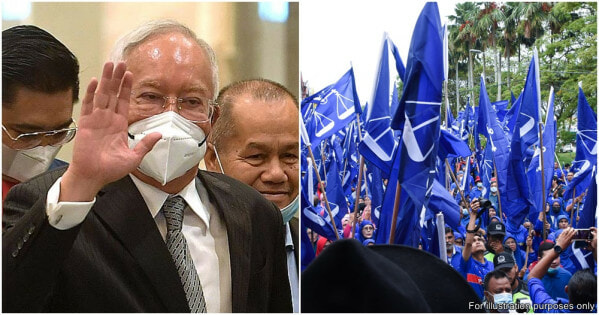