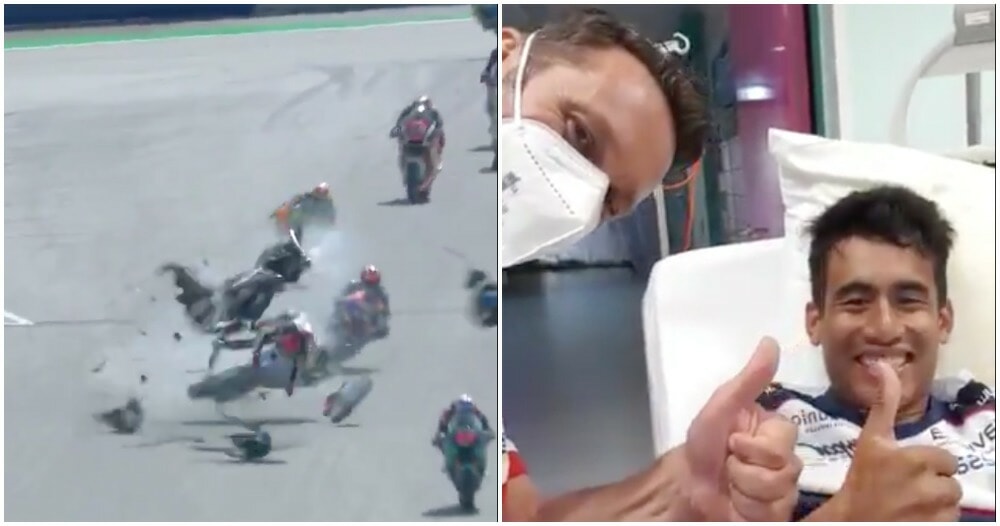 Unfortunately, an accident occurred during the race as Enea Bastianni lost control of his bike while taking a turn and fell. Many racers successfully avoided the damaged vehicle, but not Hafizh, who collided with it and was flung across the track. Luckily the bikes manage to miss colliding into him as he was on the track.

He was immediately taken to the circuit medical centre after the brutal collision.

A crash for @eneabastianini triggered chaos in #Moto2! 😱

According to Astro Awani, the manager of the Aspar team, Gino Borsio, told the press that the 26-year-old racer is in stable condition and is currently receiving treatment. Hafizh suffered bruises, especially on his hip, due to the impact.

“The rider is in good condition, only experiencing bruises especially on the hips, but is conscious.” 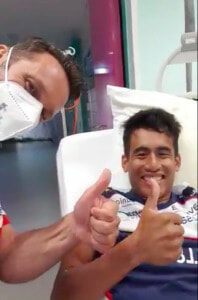 Hafizh has received many prayers and support from his fans in Malaysia and has reassured them that he is in a good state.

The Malaysian rider was not the only one who collided with the accident. Riders such as Edgar Pons from the Federal Oil Gresini Team and Andi Farid Izdihar from the Idemitsu Honda Team Asia were also taken to the medical centre. MotoGP official reports have since announced that these riders are receiving treatment and are in steady conditions.

The race continues as 13 competitors will move on to the next round.

What are your guys thoughts? Let us know in the comments below!

Also Read: Rempit Tries to ‘Flying Kick’ Past Guards at Sepang GP, Fails & Gets Beat Up After Attacking People