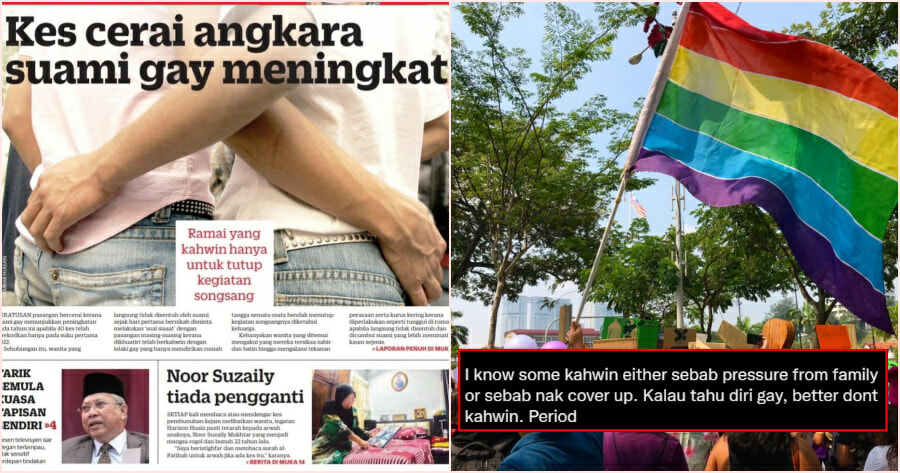 When it comes to the media, sensitive topics and issues are often reported on which many may disagree on.

Recently, the frontpage of a local media went viral after it had reported that there had been an increase in the number of divorces that have been caused by the husband identifying as homosexual.

In the article, the local media wrote, “a lot of people are marrying just to hide their wrongful activities.”

The article stated that a total of 40 divorce cases were recorded in the 1st quarter of 2022 as being due to wives not being able to stand being married to a gay man.

“It is hard to accept but the fact is that the number of gay and bisexual men is increasing in the country and most of this will only be exposed when those with handsome faces and shapely bodies are forced into marriage by their families.”

“Most of the reported cases were wives complaining that they had not been intimate at all since the 1st day of marriage and that the cold attitude of the husband who refused to be intimate with them raising suspicions,” it added.

Some condemned gay men for getting married to women

The story went viral and caused debate among netizens. A number of netizens were of the opinion that if they know that they’re gay, they shouldn’t have married a woman in the first place.

“If you know that you’re gay then don’t get married. You’re just causing problems,” commented one user.

Another urged homosexual men to be honest instead of manipulating someone. “You’re really getting married just to prove that you’re ‘normal’. This is very cruel to do it to someone’s daughter.”

Others defended and justified why they might have resorted to marriage

On the other hand, some netizens defended the gay husbands and tried to justify their actions. One user said that apart from societal pressure, a lot of them get married to have a child, especially if they are doing well in their career and business.

“They want a legacy and an heir for all of their hard work,” they added.

One user pointed out that this wouldn’t have happened if it weren’t for compulsory heterosexuality as well as pressure from society and families for one to get married. “As well as the belief that getting married would ‘cure’ gay/lesbian people.”

“A substantial amount are forced into marriages by their family and society. So maybe before we start pointing a finger, we can address the main issue, which is homophobia,” said one user.

Also read: Local Media Criticised For Censoring Face of Househusband, Sparks Debate on Shame of Being One 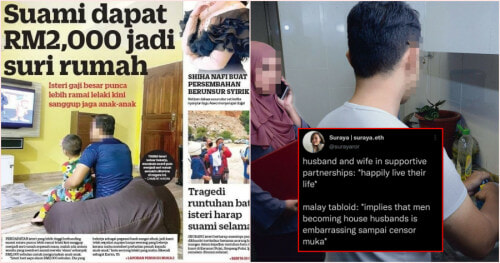