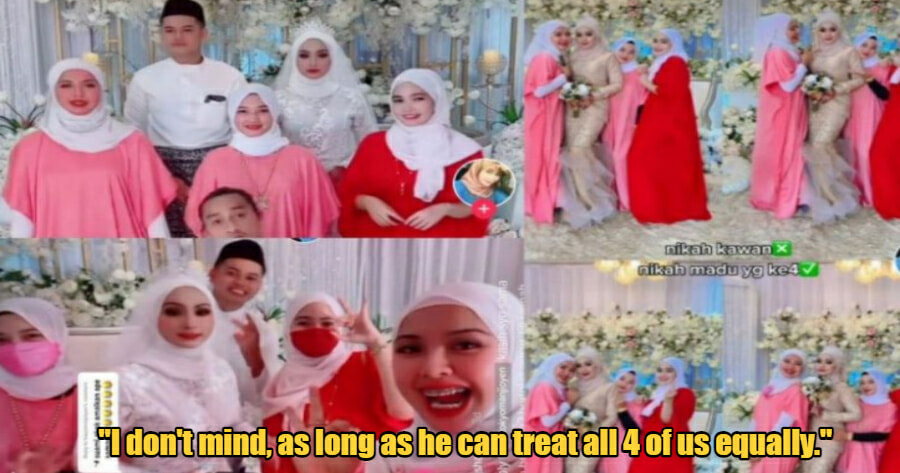 It can certainly invoke “the 3rd World War” if we ever bring up the issue of marrying another one with our partners, but that was not what happened to a married couple in Kelantan.

In fact, this woman actually gave her husband the green light to marry not 1, not 2, but 3 more wives! The reason is simple, but maybe not what you expected – she’s lonely and in need of buddies! 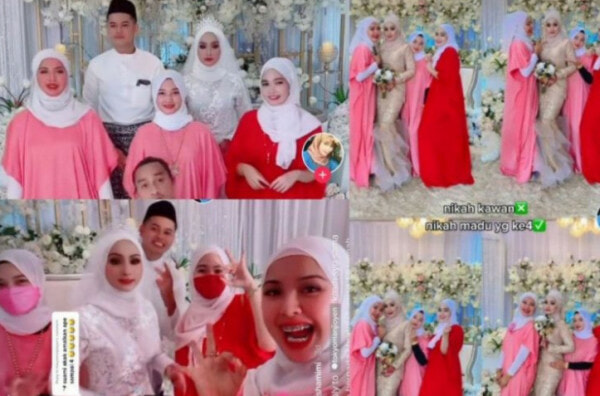 Her husband, Wali, who is a contractor, often travels around to work and does not always come home which makes her feel lonely. 1st wife, Mimi, who is 31 this year, got what she wanted when her hubby took a 2nd wife who is actually her best friend!

“Of course, I have my own conditions, but due to privacy reasons, I cannot reveal them.”

She also added that Wali married the 4th wife last week on 21 December, which was also approved by the 3rd wife.

Aside from Mimi, who Wali has been married to since 2014, he is also married to Lina, Ani and Tiha, who are 26 and 25 respectively. The wives all run different small-scale businesses. 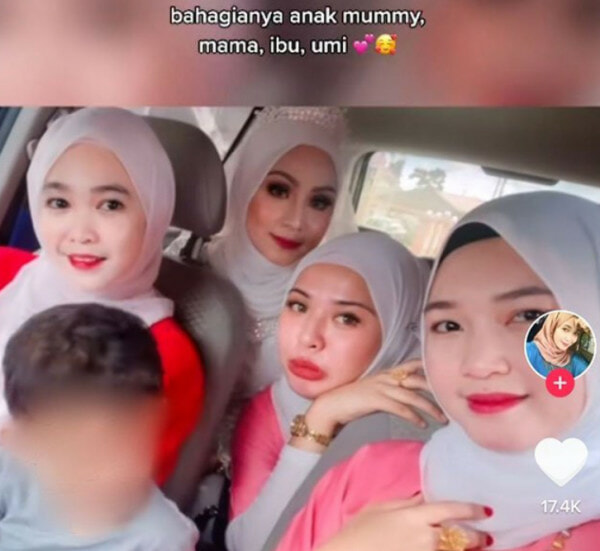 Netizens have a lot to say about this!

While some of them joked about the situations, others wonder if this is actually a good thing.

“Guys, this is why you are still single. He married them all!”

“Since his wife is lonely, I wonder if her husband will allow it if she wants to make more guy friends and marry them.” 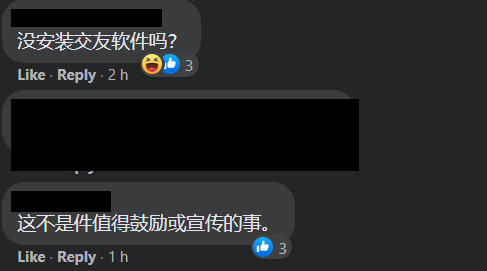 “Didn’t she install any social applications to make friends?”

“This is not something that’s worth reporting nor supporting.”

How would you react if your partner ask about bringing home another partner? 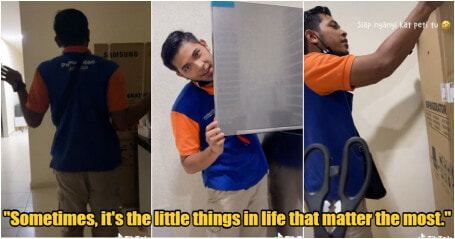