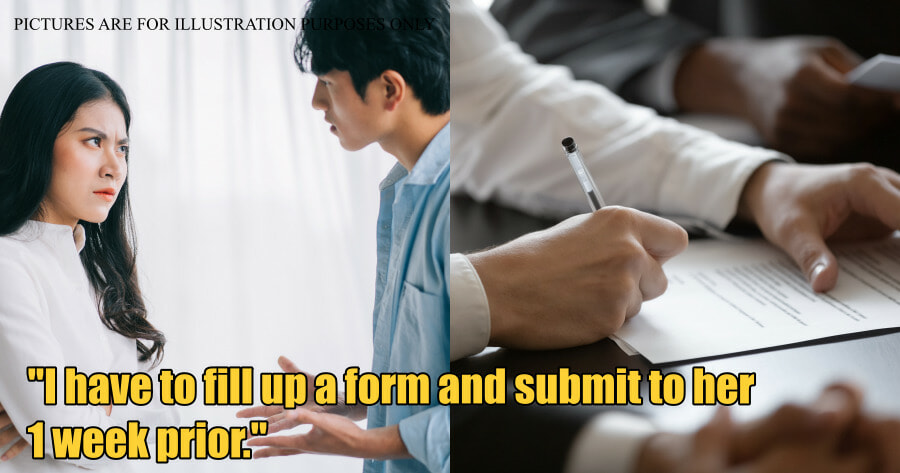 Relationship dynamics varies for different couples as they find a way to deal with each other. That being said, many things could be subjective as each couple would have different opinions.

Just recently, a Malaysian shared a ‘process’ that he has to go through prior to heading out with his friends. In his post he said, “My wife is extremely controlling and if you wonder how life is like for me, let me enlighten you.” 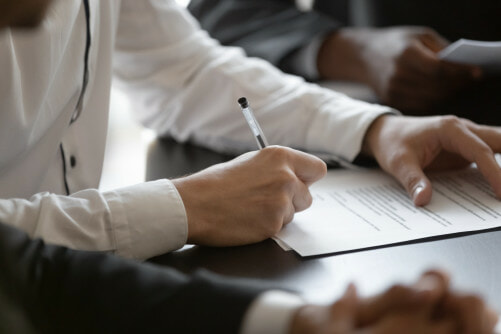 He shared that his wife has come up with a form that he has to fill prior to heading out. The form would include details like: 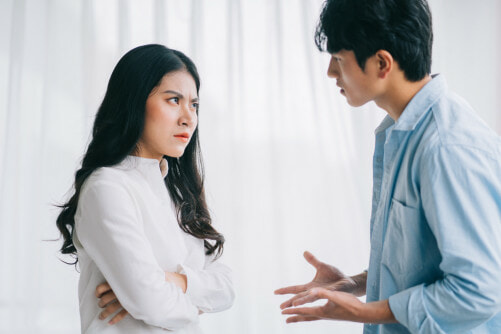 He then ended his post by jokingly saying that, “I’m surprised at myself for not getting a divorce, I’m really built different!”

How does it work?!

Following his post, many people have commented their thoughts.

“I’m just curious to know how often he would get rejected and what’s the reason being rejected.”

“I have a PHD friend who is dating another PHD holder. They send each other Google calendar invites whenever they go on dates and it’s hilarious,” commented another user.

A user said, “I couldn’t help but laugh as this is hilarious.”

Would you submit a form to your significant other just to get approval to hang out with your friends? Let us know in the comments below! 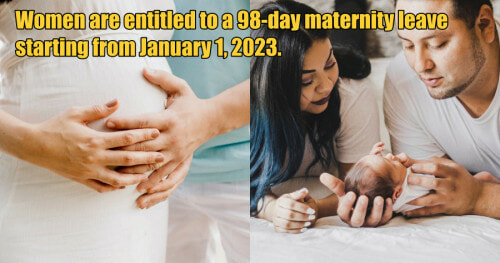