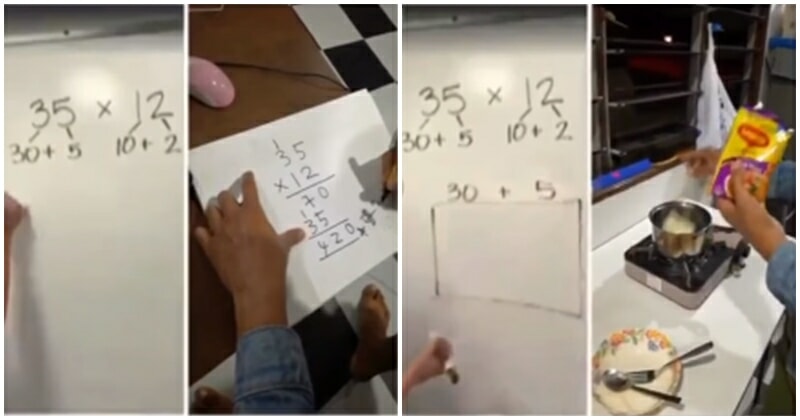 This is a familiar stereotype – we Asians are good at math and science.

Though not all will agree with this stereotype, we can certainly hold our own when pitted against westerners in a competition of solving mathematical equations.

An example of how ‘good’ we are when it comes to mathematics was witnessed in a video of a Malaysian pitting his mathematical skills side-by-side with an Orang Putih math guru and winning!

Here is the video of the so-called competition.

Shared by kini.viral, both the western teacher and the Asian man pitted themselves against each other to solve the equation of 35 x 12.

As you can see, we simply excel in math, by not only finishing but also having the time to rub it in the teacher’s face by cooking Maggi mee and playing a video game at the same time.

Sure Maggi mee only takes two minutes to cook, but the teacher was still not finished yet at the end of the video!

Our guess is she would probably finish the equation by the time you eat your Maggi mee.

We are sure that if we were also given the task of teaching our students how to solve multiplications we too would do it at a slow and steady pace, right?

Let’s not give them more reason to think that the stereotype is true. Not all Asians are good at math!

Also read: American Triggers Asians After Peeling A Rambutan With A Potato Peeler 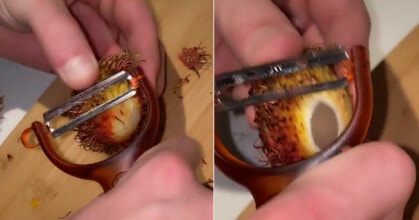