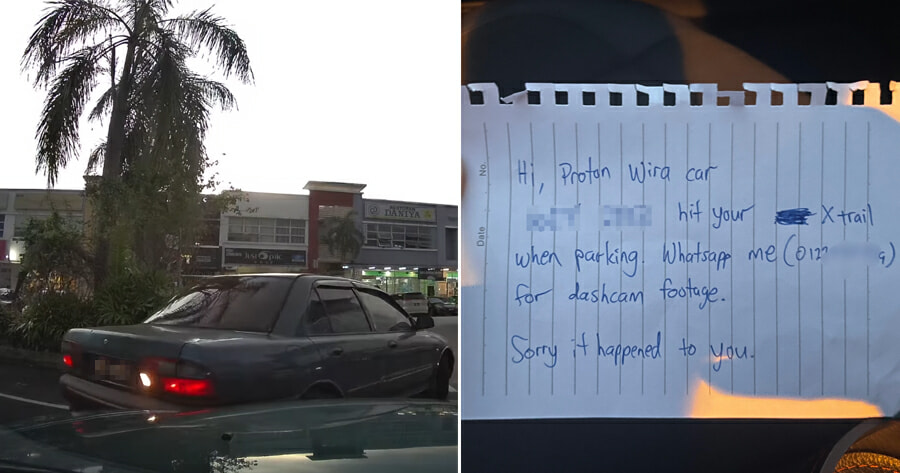 A Malaysian driver took matters into his own hands when he witnessed an irresponsible parker hit another car without owning up to it.

Dan (pseudonym), who wishes to remain anonymous, took to Facebook to share a dashcam recording of the Proton Wira trying to reverse into a parking lot at Uptown Avenue, Negri Sembilan, Seremban. It was about 7pm on 4 April.

The Wira, with a faulty reverse light, can be seen halting in the middle of the road and reversing into a parking lot with two empty spaces without giving any signal. However, the driver fails to gauge the distance between a Nissan X-Trail parked there and hits the SUV.

Dan, who saw what happened, aired his grievances in his Facebook post as he almost got hit by the Wira as well.

“How’d you even pass your driving test? Bribe?? Got two parking spots still can hit people,” he said.

“Almost hit me also. There was a car behind me so I couldn’t reverse much. Few cm left for my front to get hit.”

“Secondly, NO SIGNAL! Signal if you want to enter a parking spot!!!! Thirdly, why is one reverse light on when the car is moving forward??? No difference for reversing also!”

Dan said he went to see if the Wira driver had left a note on the X-Trail but couldn’t find any. So, he left a note instead, offering to provide the dashcam recording for evidence purposes. 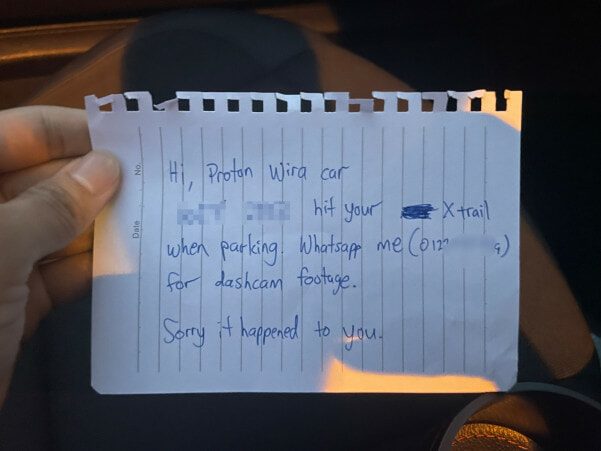 Dan later shared with WORLD OF BUZZ that the X-Trail driver did contact him and asked for the video. 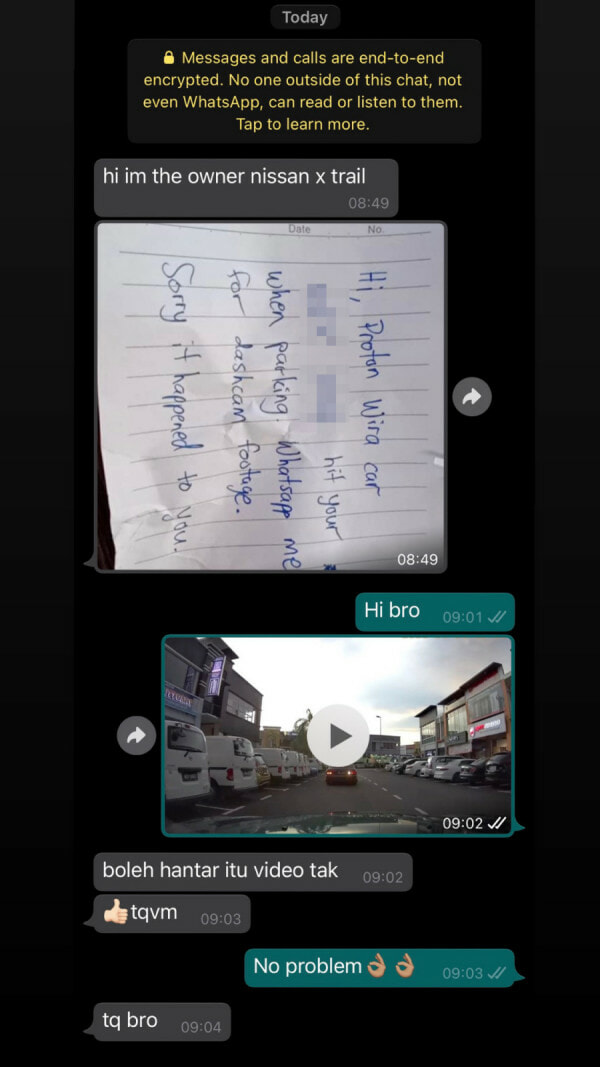 If you think you can get away with small accidents like this, think twice because there are eyes and cameras everywhere.

Also read: “Shame on you!” M’sian Leaves Note On Car That Parked Out Of The Lines In PJ 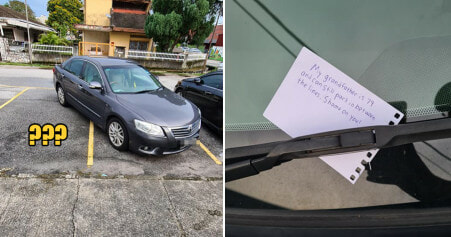