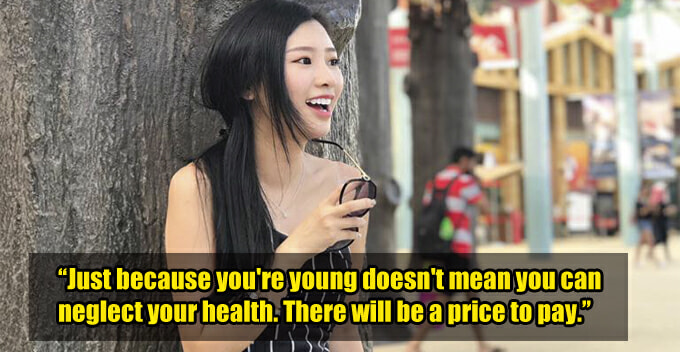 Think you can get away with an unhealthy lifestyle just because you’re young? Well, think again.

On 28 October, a Malaysian girl named Yvonne shared a heartfelt Facebook post about how she was diagnosed with a stroke in her 20s. To make things worse, she had ignored all the early symptoms as she used to believe that it’s unlikely for youngsters to get a stroke. 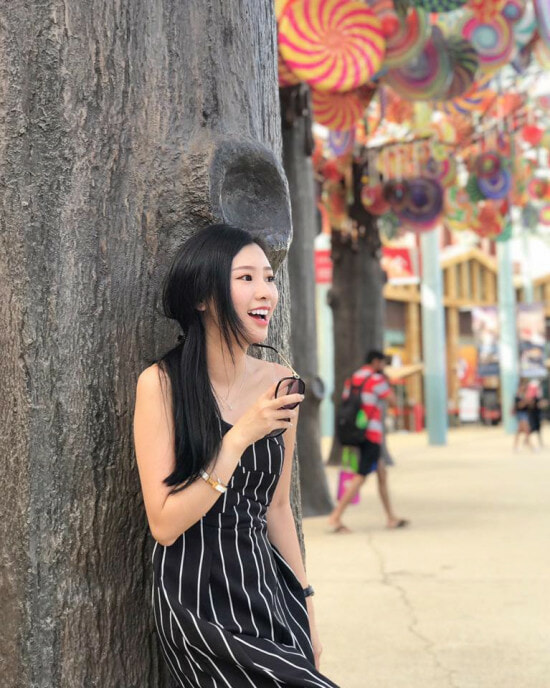 About a year ago, Yvonne started having a persistent fever, which she took lightly. After taking over-the-counter medicine, her fever went away but a few days later, her face started to swell up. She treated it the same way and bought anti-inflammation medicine at the pharmacy.

The swelling went away soon enough but from that day onwards, she could no longer smile or have any facial expression. Her face was numb and one of her eyes was half-closed all the time. She visited three doctors and was fed with the same harsh truth – all of them told her she had a stroke.

One of the doctors then told her something which gave her a wake-up call. The doctor said,

“Just because you’re young doesn’t mean you can neglect your health. There will be a price to pay.

“Your stroke could be caused by your nightlife, insufficient sleep, stress, diet and the lack of exercise.”

Yvonne agreed with everything the doctor said because when she was still in England, she’d go for midnight movies, late-night drinking sessions, and often indulged in oily food. On top of that, she had supper every single night and exercise was completely absent from her lifestyle.

“When I came back to Malaysia, I continued living the similar lifestyle but happy moments always end very fast. Within a year, I was diagnosed with a stroke and had to ‘return’ my health to God,” Yvonne said.

Not being able to speak clearly and chew food properly just shattered her heart. “Food would ‘leak’ from my mouth when I’m eating,” she said. 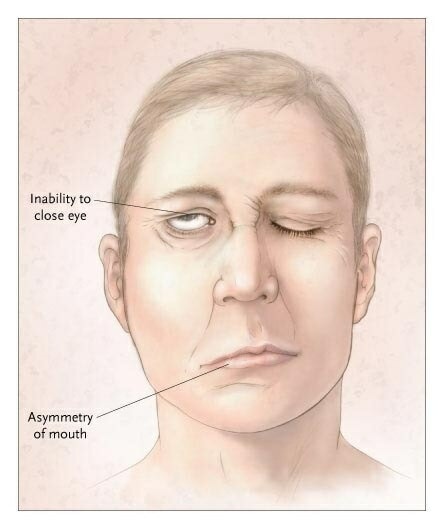 Thankfully, she was introduced to a doctor in Singapore who adjusted Yvonne’s diet and medication professionally. The female doctor even helped massage her face and body parts to aid her recovery.

After six months, Yvonne could finally smile again but the doctor warned her that she’s not out of the woods yet. That’s because stroke patients have a higher chance of getting another episode, which is why Yvonne is taking her health seriously now. She advises everyone to practise a healthy lifestyle such as having ample sleep, eating clean, cutting down on iced water, and to start exercising. Most importantly, seek medical attention when one is not feeling well instead of self-medicating.

Yvonne’s story should be a wake-up call for everyone out there who thinks youth equals health. Also, the team at World of Buzz wishes her a full and speedy recovery. Stay strong, Yvonne! 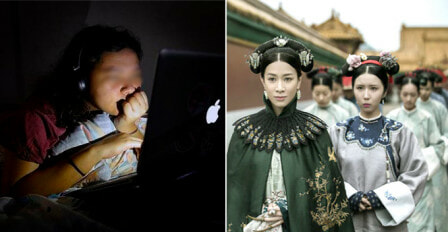