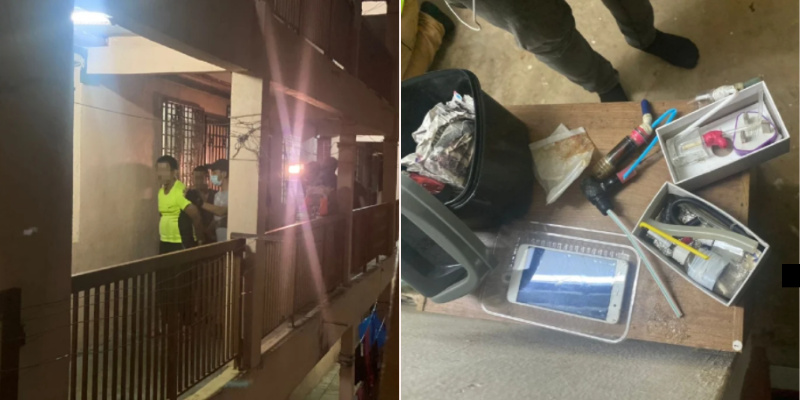 “I’ve advised them many times, they’ve also been in and out of rehabilitation centres over 10 times now, was in attendance at the National Anti-Drugs Agency (AADK) and police have become a common occurrence,” said a 58-year-old father who doesn’t know what else to do to help his two sons.

He is the father of two 29-year-old and 30-year-old brothers who were arrested during an integrated operation run by the AADK and the Petaling Jaya district police at Jalan PJU, last night.

As according to Sinar Harian, the sons have also beaten up their father many times because they were under the effect of drugs. “I believe that it is because of the influence of friends as I’ve advised them many times but I would get scolded in return. I am always open to the authorities taking action against my sons,” he added.

Meanwhile, the Pelating District AADK Chief Officer Mazlina Kassim said that the raid was the result of intelligence gathering and public information.

“Both men have been taken to the AADK office for documentation processing and further investigation.” This case is now being investigated under Section 3 (1) of the Drug Addicts, Treatment and Rehabilitation Act 1983.

Your parents only want the best for you, the least we could do for their sacrifices for us is to listen to their advice and try to be better people.

This poor father didn’t deserve to be treated as such by his sons. We hope that they all get the help that they need.