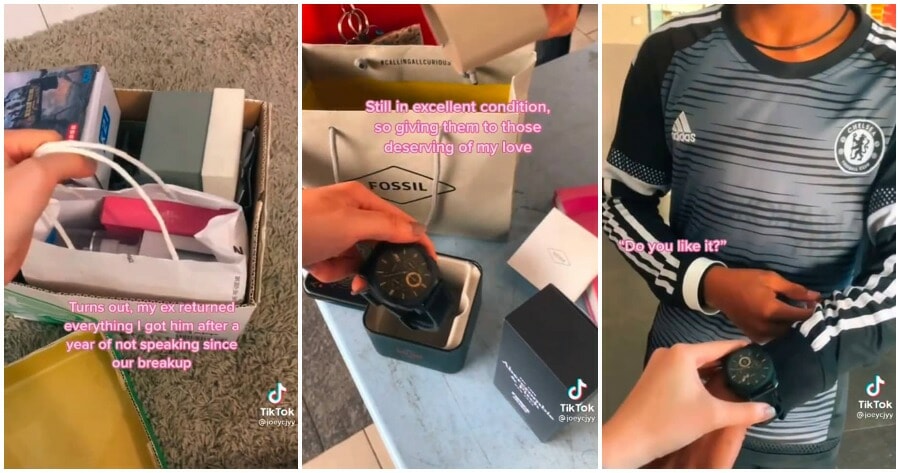 What’s the etiquette when it comes to giving back presents following a break-up? Are they yours to keep or is it just too weird to wear or use something given to you by a former flame? And even if you were to receive all your gifts back, what exactly are you supposed to do with them?

Recently a TikTok user called Joey Chin posted a video of herself unboxing a package sent to her by her ex-boyfriend, consisting of all the gifts she once gave him, after a year of not speaking to each other since their split. 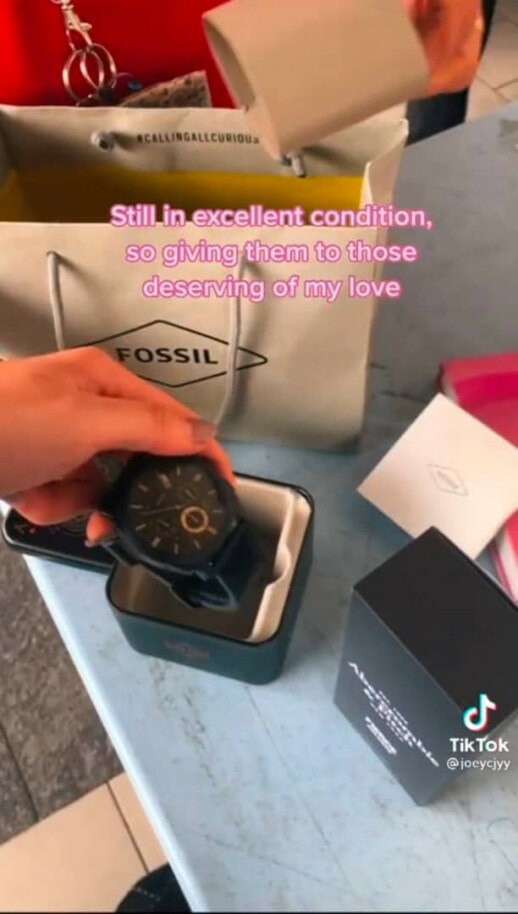 Apparently, she threw them all away into a bin keeping only two costly items that she decided to donate to a local orphanage. The items appeared to be in mint condition, which drove her to donate them to those she felt deserved her love.

The video showed Joey handing out a bottle of men’s perfume to a teenage orphan and a watch to another 15-year-old boy who looked really pleased with the gift. In the video, Joey asks “Do you like it?” to which the 15-year-old nods gratefully with a smile.

Many users in the comments wanted to know the location of the orphanage, so Joey made a separate video giving all the details. She said the orphanage was called ‘Rumah Hope’ located in Paramount Petaling Jaya, and she also reveals that the orphanage caregivers were looking for tutors who could volunteer teaching subjects particularly English and Math.

Reply to @yuan2938475610 Here’s the home I went to for those asking! #charity #spreadthelove #positivity

Speaking to WORLD OF BUZZ, one of the orphanage’s caregiver who’s name is Miss Amy, said that if anyone was interested it would be best if they could give them a call on their office number after the MCO lockdown has been lifted.

So remember folks, even though you don’t want your old belongings or clothes that are still in good condition, it’s almost guaranteed that someone else will. Head over to Rumah Hope or any other orphanages near you to donate. 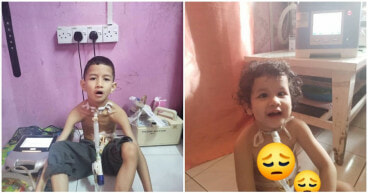