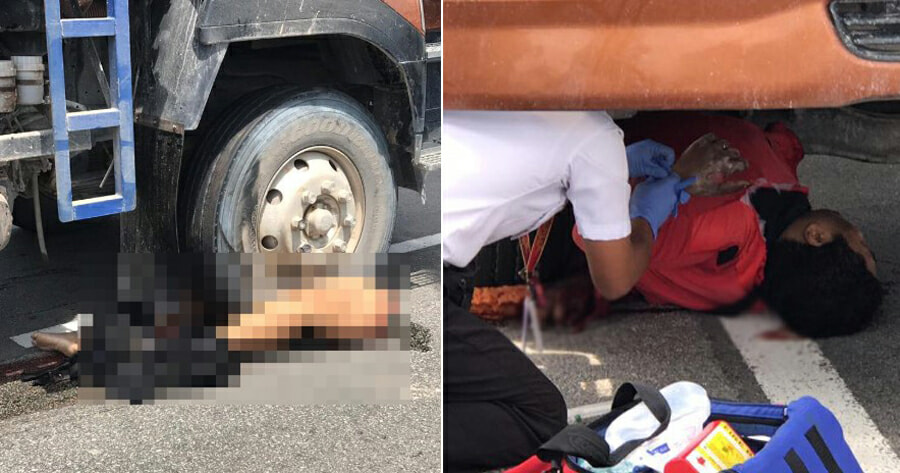 On 27th June, a motorcyclist riding a Yamaha LC motorcycle got into an accident with a lorry on the LDP Highway heading towards Putrajaya at Kilometer 24.2. The accident that happened at about 1.50pm and caused a 5-kilometre halt in traffic which only resumed normal flow at 3.45pm.

According to the Selangor Traffic Enforcement and Investigation Department (JSPT), Superintendent Azman Shari’at, the incident was believed to have happened when the lorry hit the motorcyclist, causing his legs to get stuck to the front of the lorry, reported China Press. 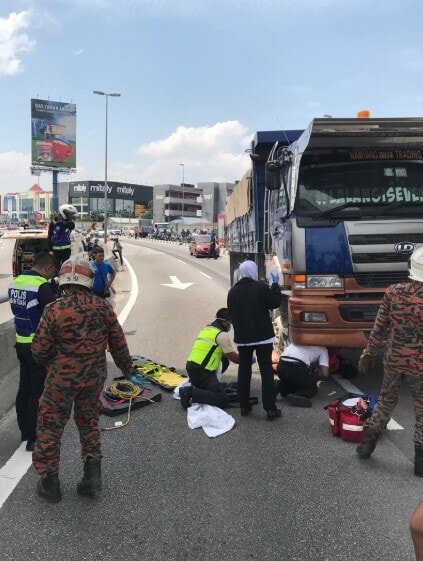 The motorist was then dragged for a few hundred metres by the vehicle, which crushed his lower body and almost caused his entire body to be broken into half! 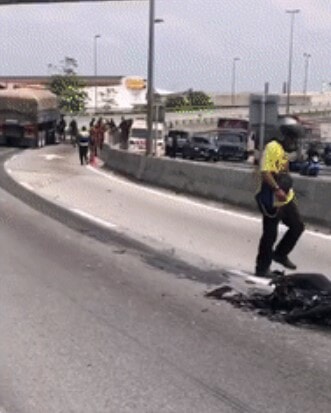 When the lorry finally came to a halt, medical staff who arrived at the scene found the victim still stuck to the lorry with his internal organs spilling out! They immediately took him to the Serdang Hospital for emergency treatment, but the man was already dead when they arrived. 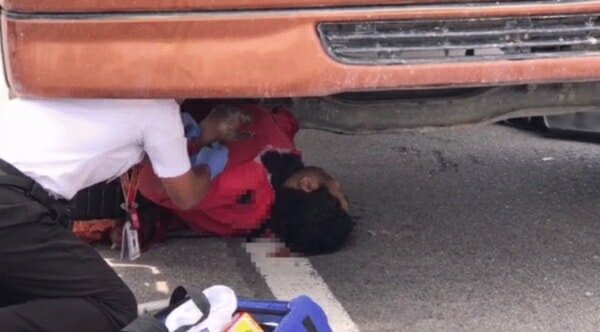 “The firefighters took about 30 minutes to remove the victim whose legs were clamped on the front of the lorry,” Azman Shari’at said.

“The victim was confirmed dead after arriving at the Serdang Hospital and the case was investigated under Section 41 (1) of the Road Transport Act 1987.”

This must’ve been such a painful death for the victim, to have been dragged a few hundred metres while still being alive. May he rest in peace. 🙁 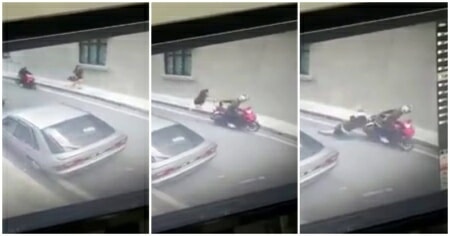