Weddings are a special occasion most people have only once in their lifetime. Of course, any couple would want their big day to be as grand as possible and to be perfect.

However, as majestic as we want our weddings to be, not everyone can afford an Avant-garde one. So, many people try their best to look for economical wedding packages.

There is a rather famous wedding planner, Z Wedding Planner for short, that planned certain portions of local artist Aliff Aziz’s wedding. 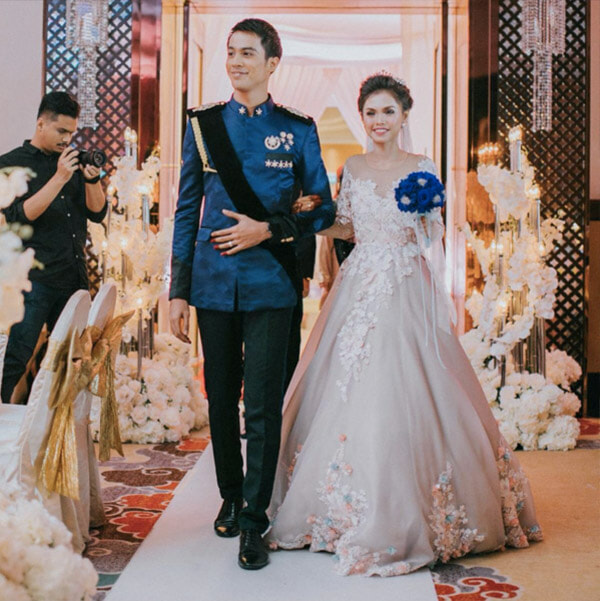 After news of that broke out, Z Wedding Planner instantly became a famous choice among couples who wanted a grand wedding. The wedding planner also often offered great deals.

However, it seems as though not all that glitters is gold. As affordable as those wedding packages seem to be, they are mostly scams and tricks!

Zainatulazlina Zailan and her husband are one of those unfortunate couples who fell for Z Wedding Planner’s filthy tricks. In total, they paid RM10,700 to the scammer, Lobak Merah reported. 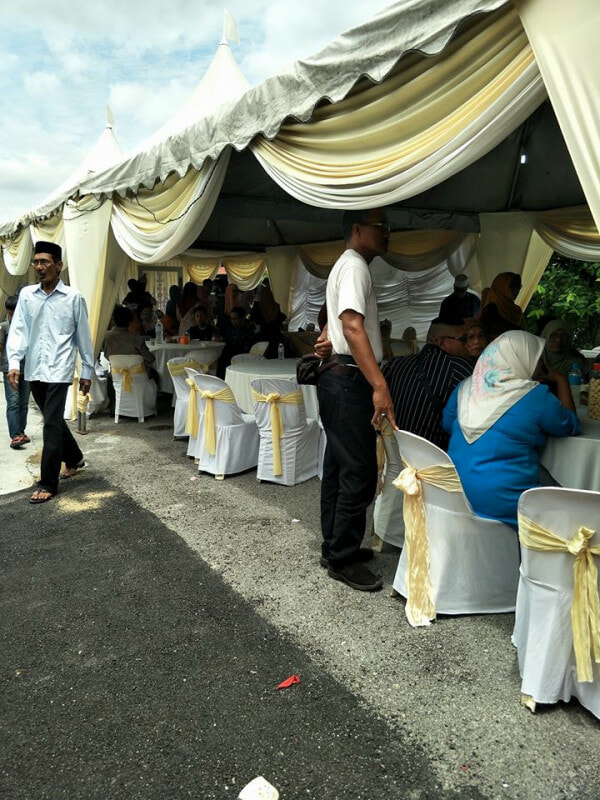 The lady shared what happened on her wedding day on Facebook. She wrote, “Only God will know how hurt we are. The celebration, which was supposed to be cheerful, ended up putting our whole family to shame.”

“The catering did not arrive as promised, the pelamin only arrived at 6am and was fixed just before the wedding started, and the tents arrived in the middle of the night!” 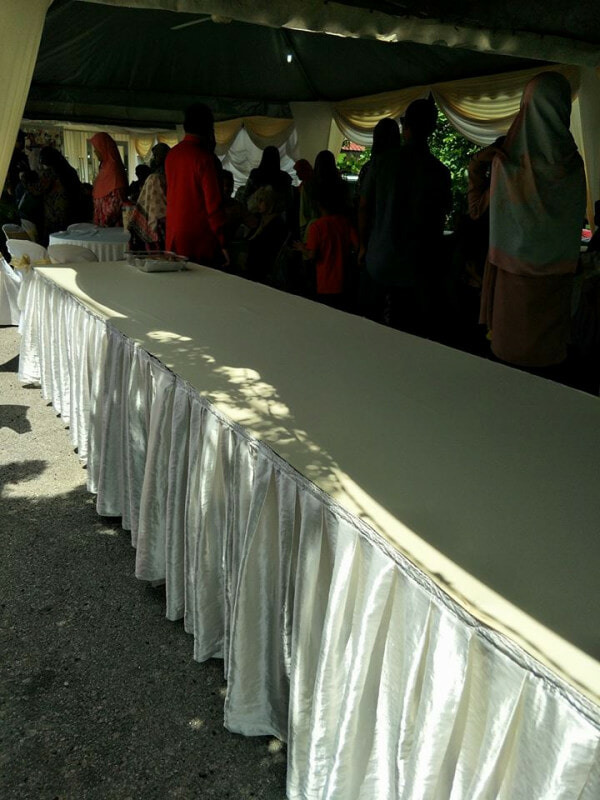 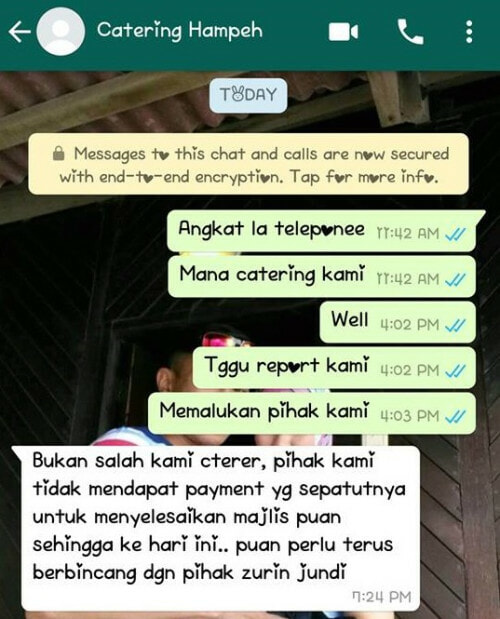 When the couple contacted the caterer, their defence was that they did not receive any payment and thus, would not deliver. So, they continued trying to reach their wedding planner.

“I called them (Z Wedding Planner) but they never answered; the calls went straight into voicemail.

“She only bothered to reply me after my wedding!”

Indeed, the irresponsible lady only contacted the couple after the whole ceremony was over and she did not bother to admit fault or do anything to correct the situation.

In fact, when the angry couple threatened to make a police report and expose them online, the horrible lady merely said, “Thank you. God is watching.”

As if the couple have wronged her instead! What a low life to use God’s name in vain! 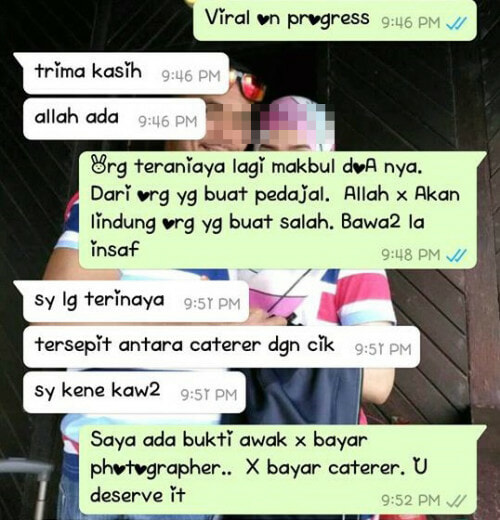 It was truly every bridezilla’s nightmare come true. From the pictures, it was obvious that many people turned up but they all barely ate anything besides some cookies and drank plain water as there was no food at all.

Oh dear, that’s the worst thing ever at a wedding!

In the end, the couple was forced to fork out another RM6,000 just to get food for their wedding.

Sadly, Zainatulazlina’s ruined wedding wasn’t the first or only wedding to be cheated by Z Wedding Planner!

As the poor lady’s story went viral online, other outraged netizens flocked the comment section to share their own experience of how Z Wedding Planner had cheated them.

Many upset netizens even went onto the wedding planner’s very own Facebook page and spread warnings to other people about the dishonest business.

The couple has since made a police report and they want Z Wedding Planner to publicly apologise to them as well as pay for the RM6,000 they had to fork out for food at the eleventh hour. 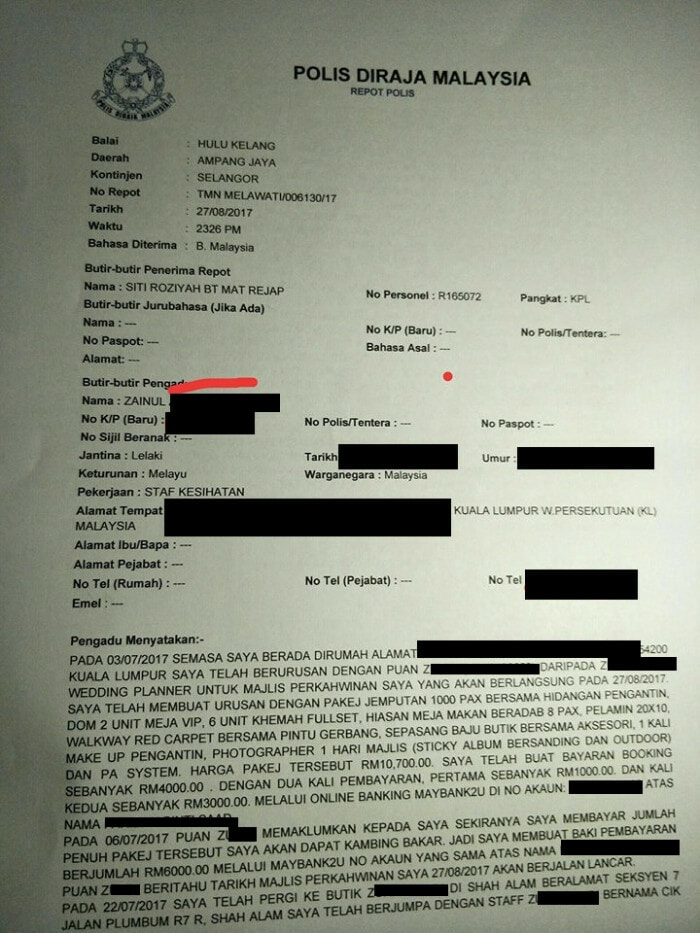 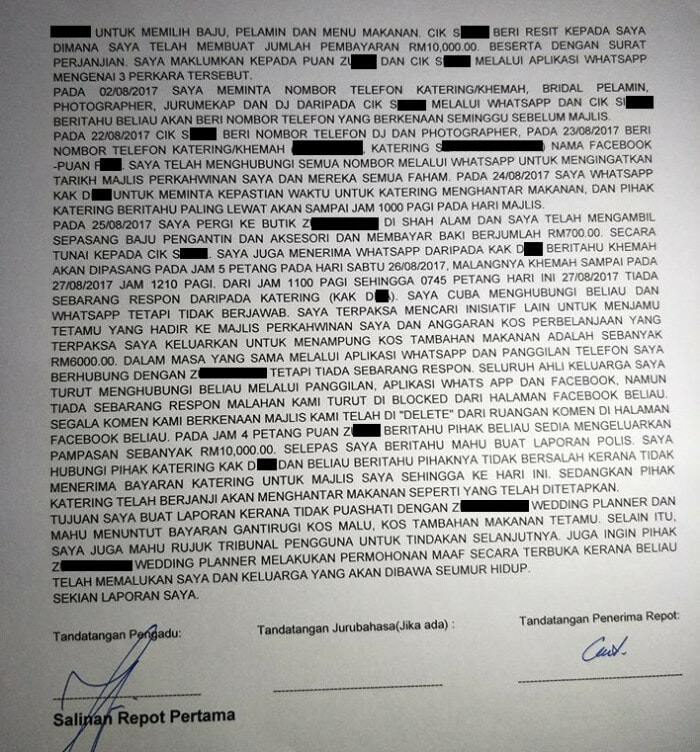 This goes to show that just because something is cheap, doesn’t mean it is real. If it sounds too good to be true, it probably is! Always check reviews and ask around before investing large sums of money into anything. 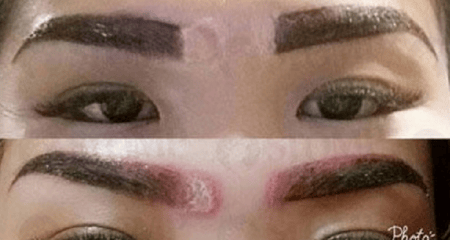