Recently, the Instagram page, The Loud Asians began a movement called “Saya Bukan Pendatang” after a Twitter user made some racist remarks towards non-Bumiputeras.

They took to their Instagram page on 19 July, to bring light onto the issue of how the “Bumiputera and non-Bumiputera” terminology is highly divisive and the correct term that should be used would be “Malaysians”.

Before we get into the matter further, let’s first dive into how and why this movement was formed. 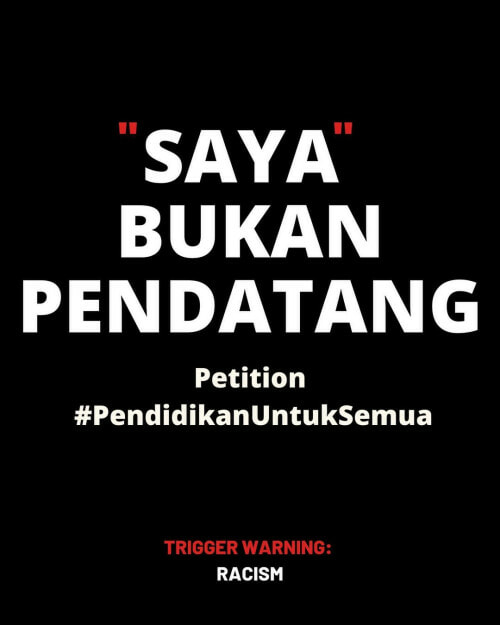 Let’s be honest, the issue of some Malaysians using the terminology “non-Bumiputera” and “pendatang” have been a long-standing issue. This is not something new.

But, here’s a fairly recent issue that triggered many Malaysian’s which formed the movement “Saya Bukan Pendatang.” 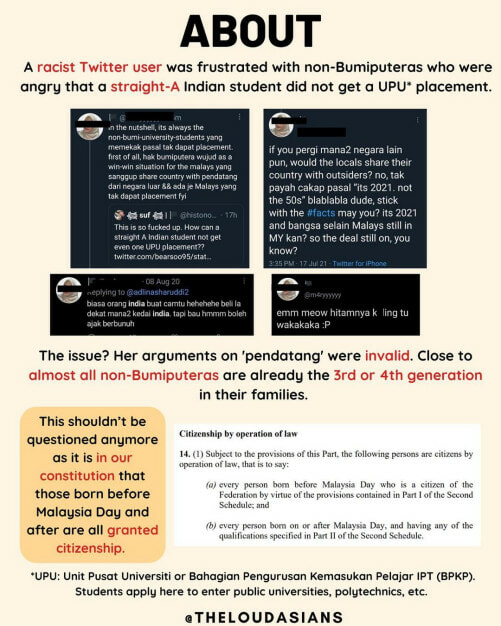 It all began when a Malaysian Twitter user allegedly felt “frustrated” towards non-Bumiputeras who were upset that an Indian student who achieved straight A’s in the  SPM examination did not get a Unit Pusat Universiti (UPU) or Bahagian Pengurusan Kemasukan Pelajar IPT (BPKP) placement.

In the tweets, the woman claimed that the “non-Bumiputera students” constantly rant and complain about not getting a placement in public universities.

“First of all, bumiputera rights exist as a win-win situation for the Malays who willingly share the country with pendatang from other countries and there are other Malays who don’t get placement, for your information.” 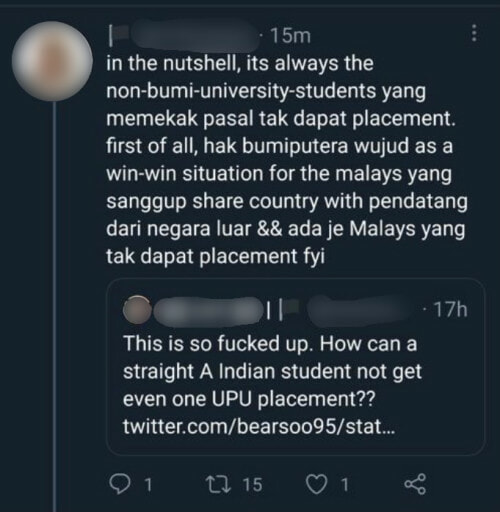 In a follow-up tweet, the woman further explained her point of view by saying:

“If you go to other countries, would the locals share their country with outsiders? No, no need to talk about “It’s 2021. Not the 50s” blablabla. Dude, stick with the #facts may you? It’s 2021 and bangsa selain Malays still in Malaysia, kan? So the deal is still on, you know?” 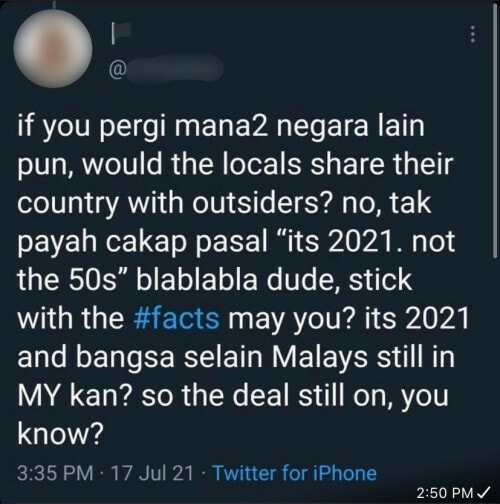 She continued to make underhanded racist remarks towards other races when replying to other tweets.

“It’s normal for Indians to be like that hehehehe buy la from Indian shops. But the smell hmmm can invite murder.” 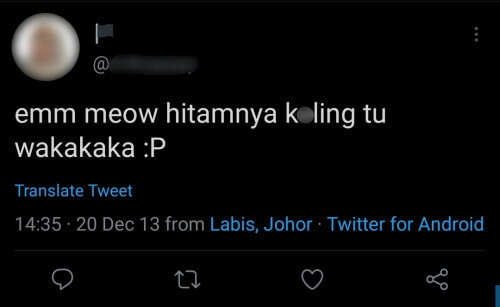 The Loud Asians took to their Instagram page to point out that the issue of the woman’s tweet is that her argument is invalid as almost all non-Bumiputeras are already 3rd and 4th generation in their families.

“This shouldn’t be questioned anymore as it is in our constitution that those born before Malaysia Day and after are all granted citizenship.”

Hence, the “Saya Bukan Pendatang” movement was formed as well as a petition called #PendidikanUntukSemua, to increase the Non-Bumiputera Quota in Public Education Institutions. 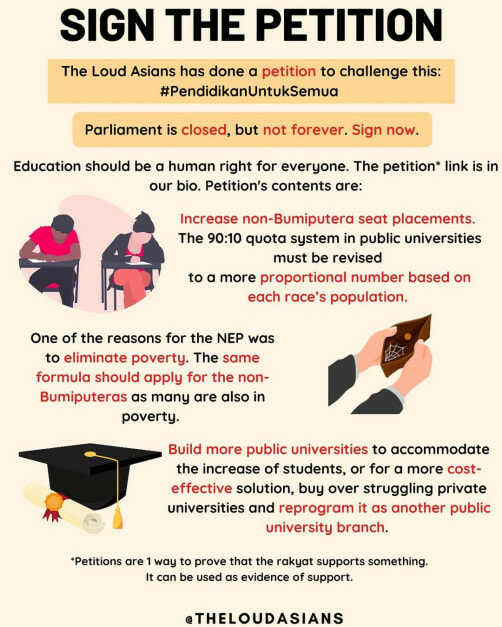 The #PendidikanUntukSemua petition, which was organised by The Loud Asians on change.org to the Prime Minister’s Office of Malaysia has received over 43,000 signatures at the time of writing.

In the petition, they highlighted that the change they would like to see is as follows:

The Loud Asians also highlighted that they are aware there are many Malays who don’t get a UPU placement and they encourage them to sign the petition as it also emphasises income-group prioritisation regardless of race.

It’s time to put an end to racism and take account of the fact that we are a multicultural country! Let’s stand together as MALAYSIANS!

What are your thoughts on this movement? Let us know in the comment section below! 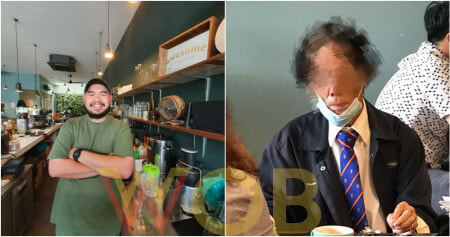