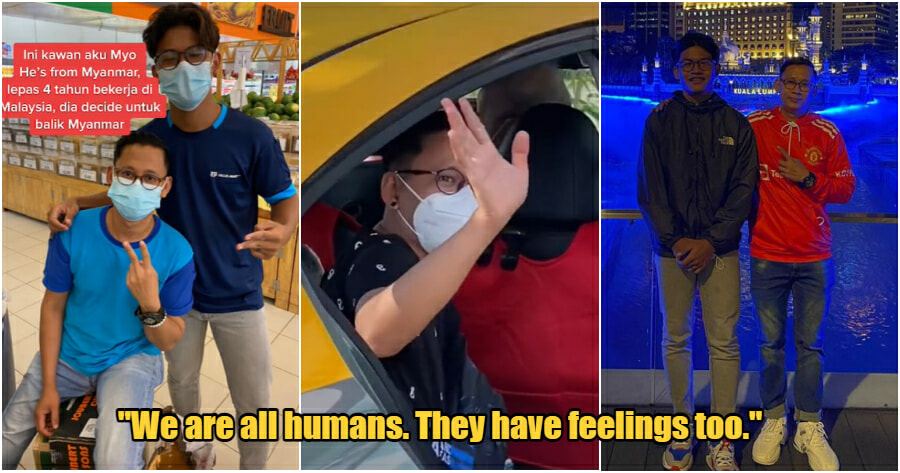 Foreign workers are sometimes ignored and get too much unnecessary hate from us, which makes their experience here tougher than it already is as they have to be far from home just to earn a living.

Recently, a Malaysian man took to his TikTok account to share his exciting journey with his colleague, Myo (seated) who is from Myanmar. The caption of his post reads,

“I have never considered Myo as a foreign worker. I tried to make him happy, and although he is far away now, I hope we keep in touch forever.” 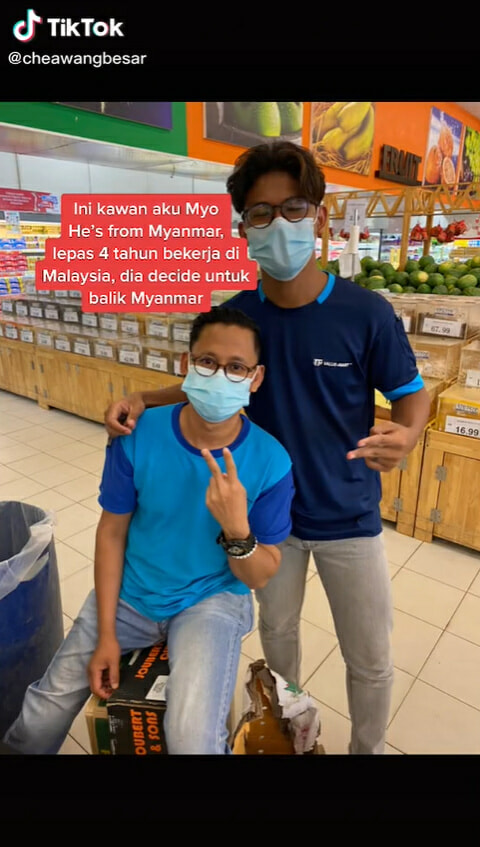 The 34-second video highlights both their trip to the city of Kuala Lumpur prior to Myo’s return to his home country.

He expressed his sadness by rhetorically asking if we can imagine being in a foreign land for 4 years and having to get home after just being fully vaccinated without managing to explore the country. 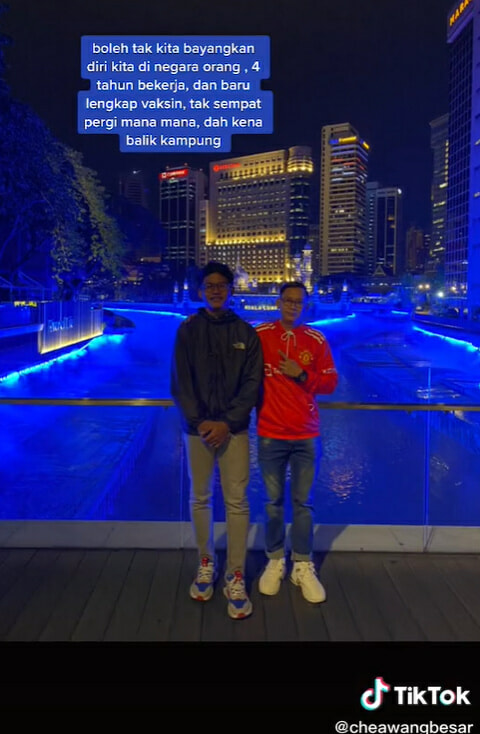 Speaking to WORLD OF BUZZ, Firdaus said that he and Myo worked together in a supermarket in Bentong. Firdaus works in the customer service department where his job requires him to liaise with Myo on a daily basis, hence the close relationship.

Myo has worked in the supermarket for 4 years while Firdaus has only joined the workplace 3 months ago.

Despite the short time, they grew closer to each other.

He said that throughout Myo’s 4 years in Malaysia, he never really had the opportunity to visit the country. So, Firdaus thought that it was a good idea to bring Myo on a quick journey to explore the capital of Malaysia.

Firdaus also told WORLD OF BUZZ that he wants Myo to at least have a memory of “exploring” another country before flying back to Myanmar.

The best part is, the trip was an impromptu plan. Upon returning home from work, he simply asked Myo to get ready for a 2-day 1-night trip.  They travelled to KL from Pahang by Firdaus’ motorcycle! Roadtrip!

The TikTok video, which has gained more than 60,000 views and more than 5,000 likes is not simply a memory to Firdaus. He also hopes that in the years to come, this video will serve as a reminder and an awareness to the people to appreciate foreign workers.

“They have feelings too. We’re all humans.”

He reiterated that appreciation comes in many forms and it is not necessary to do what he did with Myo, but at least the compassion that we show can be a good example of how the Malaysian culture actually is.

As of now, both of them are still keeping in touch via video calls despite the distance. Firdaus also expressed his hope to visit Myanmar someday as Myo may not return to Malaysia anymore.

Firdaus’ heartwarming example can perhaps set an example for some of us to be more empathetic to everyone, regardless of where they come from. You can watch the full video below.

Do you have any fond memories with friends who are not among the locals? Do share with us in the comments below!

Also read: “It’s the first time someone thanked me” Foreign Worker At Petrol Station Sobs After M’sian Woman Thanks Him 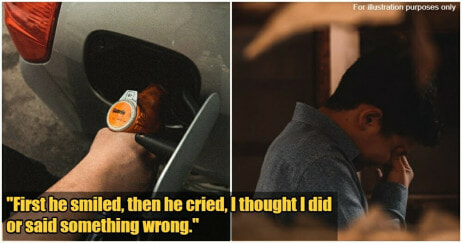