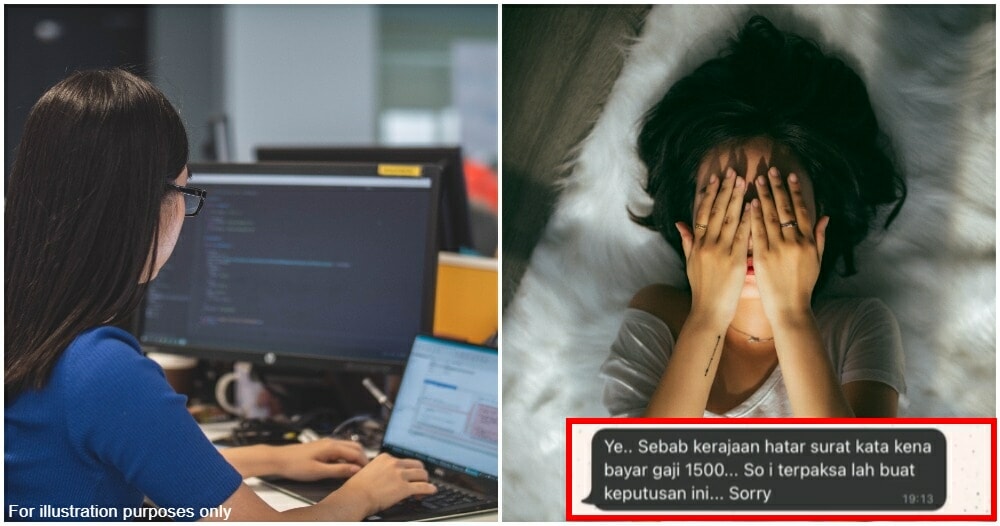 With the minimum wage being increased to RM1,500, it seems that employers are taking things into their own hands.

In a TikTok video that has gone viral, a woman by the name of Sya posts a series of messages from her boss.

It starts off with Sya being removed from the work WhatsApp group and then she messaged her boss, Anna, directly to ask why she was removed.

Her boss replied, “hi Sya, from tomorrow onwards you don’t need to come to work. We will give you your salary like normal on 5 April 2021.”

When asked for the reason, the boss said,

“Because the government said we need to increase the salary to RM1,500. So I was forced to make this decision, sorry.”

The video has since gotten 3.2 million views and many netizens have shared that Sya can report her boss to the labour office as there was no notice period given.

“Report to the labour office. You will confirm win. I won (a case) before when I was let off during MCO.” 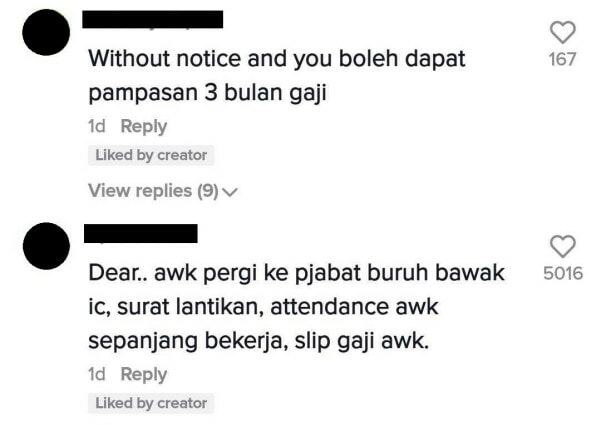 “Without notice, you can get a reparation of 3 months of your salary.”

“When you go to the labour office, bring your IC, offer letter, your attendance at work and your payslip.” 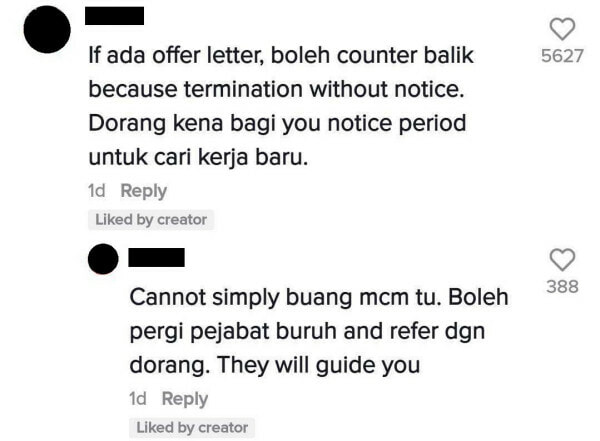 “If you have an offer letter, you can counter them because they terminated you without notice. They need to give you a notice period to look for a new job. They cannot simply fire you. Go to the labour office and refer to them, they will guide you.”

According to Section 13 (2) of the Employment Act 1955, employment can be terminated without notice if there is a “wilful breach by the other party of a condition of the contract of service”. 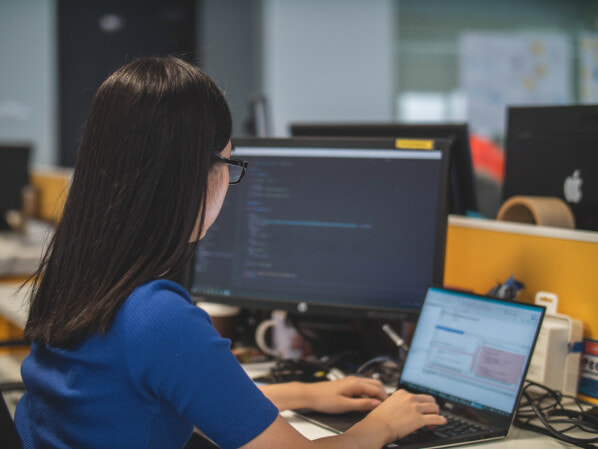 In here, wilful breaches can be the product of major misconducts such as being absent from work for an extended period of time without reason, sexual harassment, theft, embezzlement, etc.

While Section 13 (1) of the Employment Act 1955 states that both parties terminate the employment before the notice period ends by “paying to the other party an indemnity of a sum equal to the amount of wages which would have accrued to the employee during the term of such notice.” 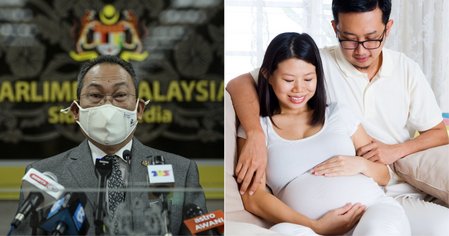