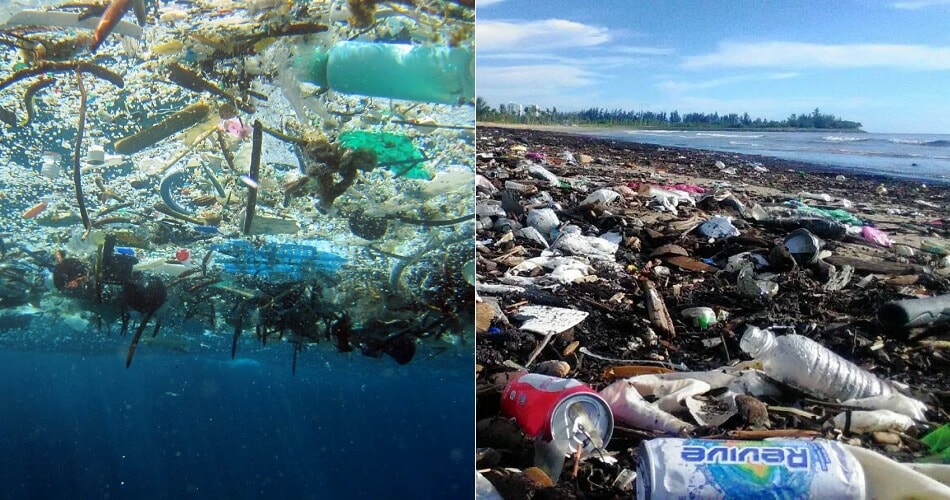 Well, this is unexpected!

A recent shocking tweet from Bloomberg on 23rd June 2019 revealed that Malaysia is one of the countries that are responsible for 63.6 per cent of ocean trash. Along with our country, the other seven countries who make up that statistic are as listed below:

Isn’t that surprising? You can check out the tweet below:

These eight countries are responsible for 63.6% of ocean trash:

Following that, another tweet by The Spectator Index on 24th June 2019 revealed that Nigeria and Bangladesh take up the ninth and tenth spots in that list of countries which cause the most ocean pollution.

At the time of writing The Spectator Index’s tweet has garnered over 1,500 retweets and 2,300 likes.

You can take a look at the tweet below:

Adam Minter said in an opinion piece on Bloomberg that some of the trash belonged to rich economies which exported their rubbish to Asia. However, he reckoned that most of the trash is mainly produced by “Asia’s newly minted consumer classes”.

These consumer classes have little to no access to the following effective methods of garbage disposal:

So, Minter commented that any effort to reduce to use of plastic should start in the country itself. Furthermore, he said that an increase in the amount of trash is always attributed to two main factors – urbanisation and income growth. Do you agree with him? 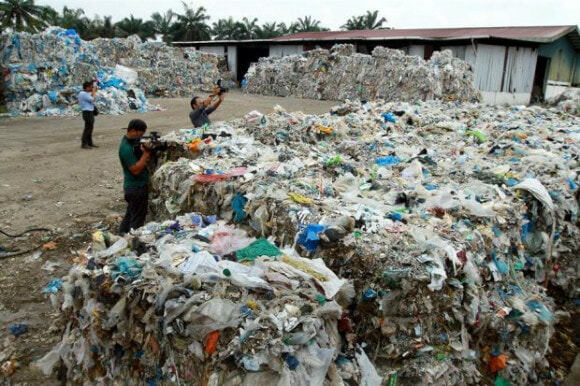 “Rural dwellers moving to the city shift from buying unpackaged goods to buying stuff (especially food) wrapped in plastic. As their incomes rise, their purchases increase. That growth in consumption is almost never matched by expanded garbage collection and disposal.”

“In typical low-income countries, less than half of all garbage is collected formally, and what little is picked up tends to end up in unregulated open dumps.” 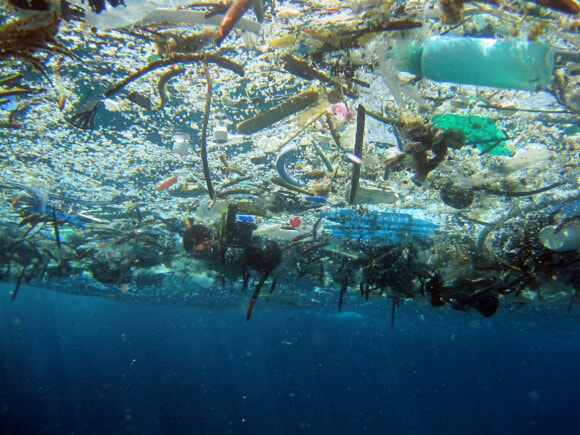 “Every big city in developing Asia faces this problem. Jakarta’s waterways are choked with plastic trash. In Kuala Lumpur, instances of open dumping line the high-speed train route to the airport.”

“On the outskirts of any Chinese city, loose plastic bags and instant-noodle cups litter every road’s shoulder. Much of this junk ends up in waterways – and, eventually, the ocean.”

FYI, the Yangtze river in China sends 1.5 million metric tonnes of plastic to the Yellow Sea every year. 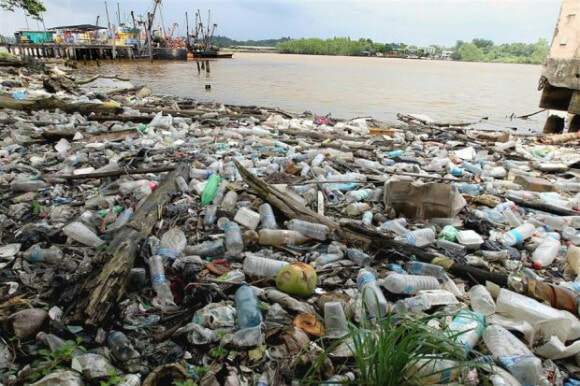 Even though necessary measures have been taken to ensure that unregulated rubbish dumping is contained, Minter suggested that has “proved chronically elusive”. He said that China’s move to ban retailers from providing free plastic bags for ten years has no effect at all on the problem.

Although recycling is common in Asian countries, plastic still poses a huge challenge because technology and environment factors contribute to unrecyclable dumps. As a matter of fact, only nine per cent of plastics in the world are recycled. Damn!

In the end, Minter proposed that “Developing Asia will eventually need many more modern landfills, incinerators and self-funding recycling programmes”. What’s your say on this? 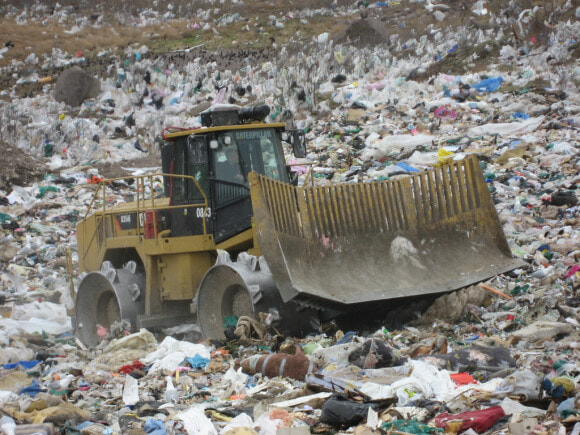 Obviously, after both of the tweets gained the attention of netizens, they too gave their two cents on the matter.

Some netizens disagreed with the list as they elaborated that most of the trash came from the Western countries – like the US, Canada and England. 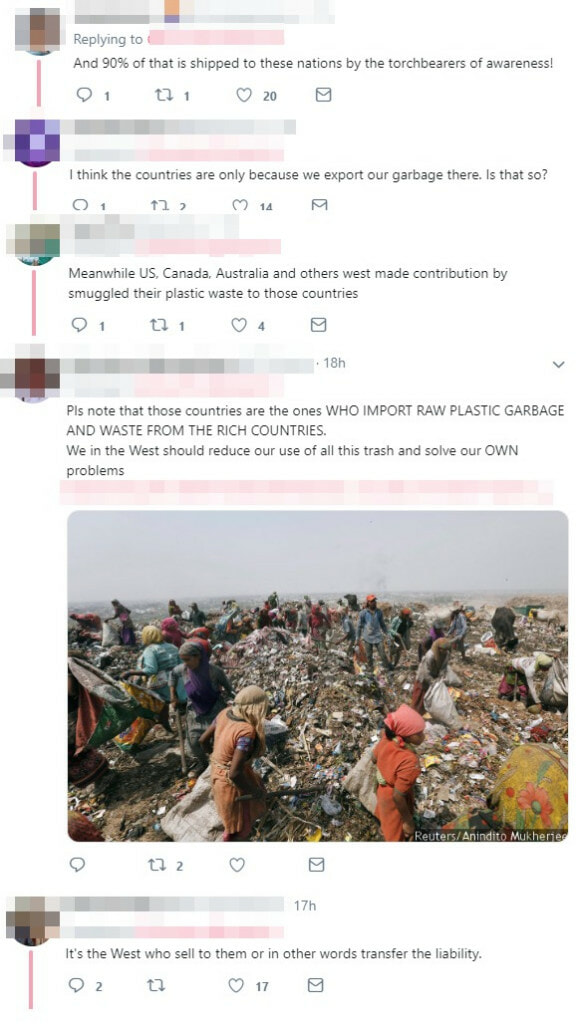 One netizen felt that it was unfair to only blame the Asian countries for polluting the ocean because this is a worldwide problem and several countries shouldn’t be the only ones take the blame for it.

In the meantime, another netizen shared that it’s not right to blame the consumers alone because the manufactures also play a role in ocean pollution. True that!

It’s pretty evident that pollution is a worldwide problem! Thus, we should band together in order to contain ocean pollution instead of pointing fingers at each other.

Note: The opinion piece by Bloomberg was written in 2018 but it has resurfaced due to the tweets by Bloomberg and The Spectator Index.

That said, what’s your take on this issue? Do you agree with the list above? Let us know in the comments below! 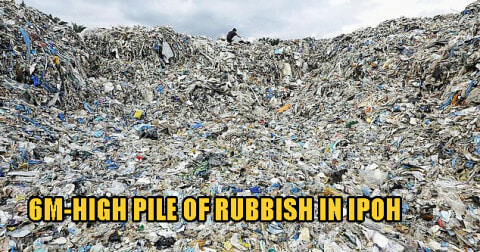