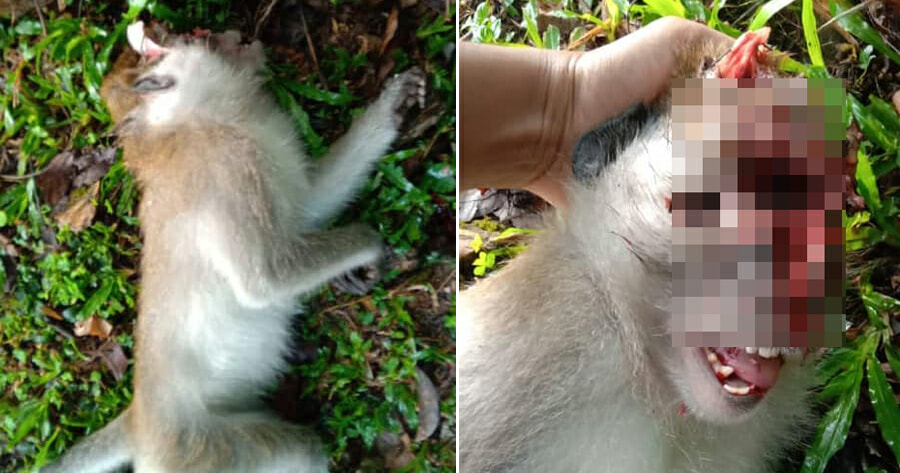 When humans start building houses and residential buildings near forest reserves and jungles that are inhabited by wild animals like monkeys, wild boars and elephants, to name a few, you can expect some form of reaction from these animals as their homes are being invaded, forcing them to move away from their habitat.

A monkey was shot in the head by a man for causing a disturbance at a residential area that was built next to a permanent forest reserve. The Malaysian Animal Association shared that the incident happened nearby Taman Rotan Tunggal in Raub, Pahang.

According to residents in the area, the act of shooting monkeys has been happening often because of a shooter over 60 years old who considers the monkeys a disturbance to the housing area.

Graphic images show the carcass of the monkey with almost its entire face blown off. Viewer discretion is advised.

A police report has since been lodged at the Raub Police Station in an effort to investigate the purpose for killing the monkey, a crime that the elderly man is said to have committed on other occasions too.

According to the Malaysian Animal Association, monkeys are included in the list of animals protected by the Department of Wildlife and National Parks of Peninsular Malaysia (PERHILITAN).

The killing of wild animals such as monkeys should be reported to PERHILITAN to justify the need and cause of killing, as well as the weapons used by the killer. Additionally, the carcasses of these wild animals should also be handed over to PERHILITAN.

Failure to report to PERLHILITAN on these killings is considered an offence under the Wildlife Conservation Act 2010.

Is it really the animal’s fault for causing a disturbance when humans are the ones building their homes in these animals’ habitat?

Also read: Cruel Malaysian Man Rips Off Bird’s Feathers After It Refused To Sing For Him 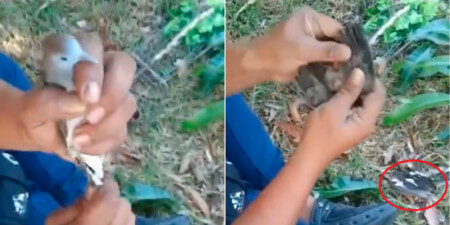