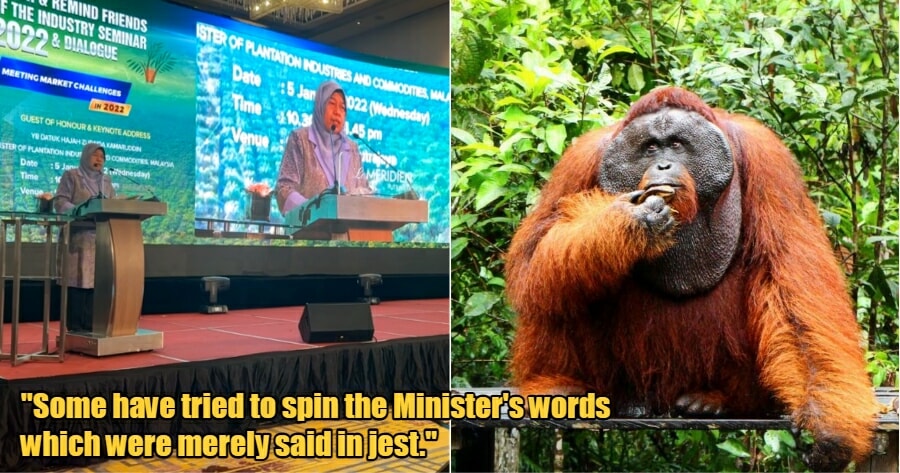 The Minister of Plantation Industries and Commodities, Datuk Zuraida Kamaruddin, has recently found herself receiving backlash after she had said that if humans were to encounter orangutans in the wild, the orangutans would kill humans first.

Following the backlash that ensued, the Ministry of Plantation Industries and Commodities (MPIC) has since released a statement explaining that what she had said, was just a joke. 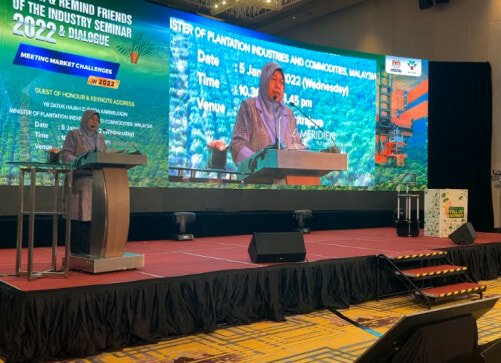 The statement reads, “The orangutan issue was taken out of context. We wish to clarify new reports about a video of a recent speech made by MPIC YB Datuk Hajjah Zuraida Kamarrudin, which has made its rounds on social media.”

“Unfortunately, the clip was edited in a way that does not do justice to the context of the Minister’s speech. In fact, some have tried to spin the Minister’s words which were merely said in jest, to cast aspersions on her and MPIC.”

“The speech was made at a closed-door event organised by the Malaysian Palm Oil Council recently,” they stated. 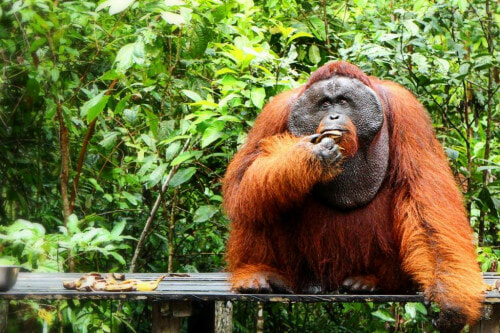 During her speech, the Minister shared her experience of a recent trip to Saudi Arabia. “The Malaysian ambassador there had told her that school books in Saudi Arabia were ‘still talking badly about palm oil’.”

“The reason why the orangutan issue was brought up in the speech was to get the relevant agencies to study further the habitats and living habits of the species, in line with the country’s sustainable goals of promoting biodiversity.”

“The findings would then be presented to foreign stakeholders like the European Union, where strong anti-palm oil lobbyists operate and could harm the sector’s long-term interests,” they added. 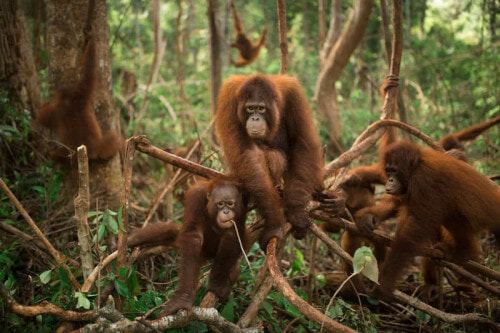 MPIC went on to say that people were cherry-picking her speech to present a distorted view on Malaysia’s stance of the promotion of the palm oil industry. To which, they believe can co-exist and flourish in a sustainable ecosystem.

“We call on social media users to stop sharing such distorted content as this will only lower the morale of the tireless staff at MPIC and its agencies who had displayed respectable commitment in promoting Malaysian palm oil.”

Do you think that her statement was taken out of context? Let us know in the comments.

Also read: SPRM Deletes ‘Fake MC’ Video Following Backlash, Here’s What They Have To Say About It 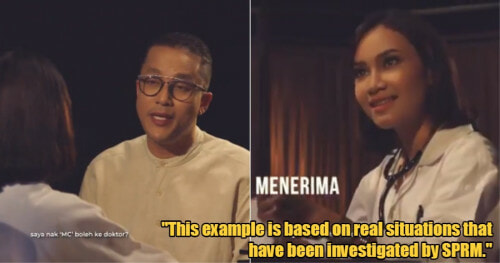