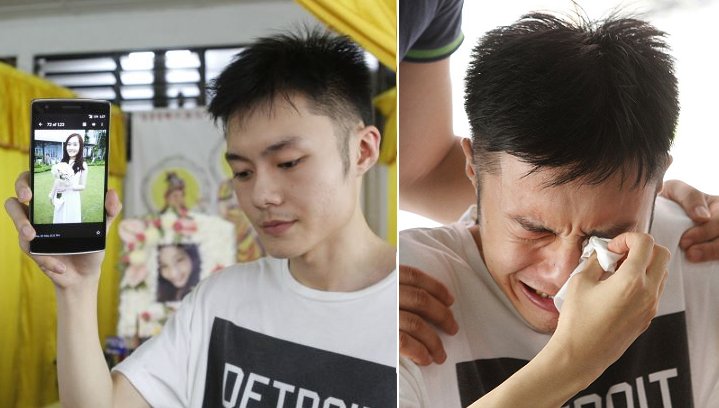 Malaysia was shocked as news broke out that a 500kg crane hook broke off and landed precisely on a Kelisa, killing an innocent victim on the spot.

The victim happened to be Joice Chin Khoon Sing, a young lady whose birthday falls on September 1st.

An investigation was immediately in place to find those responsible for such an unforgivable accident, but nothing, nothing would bring the young driver back. 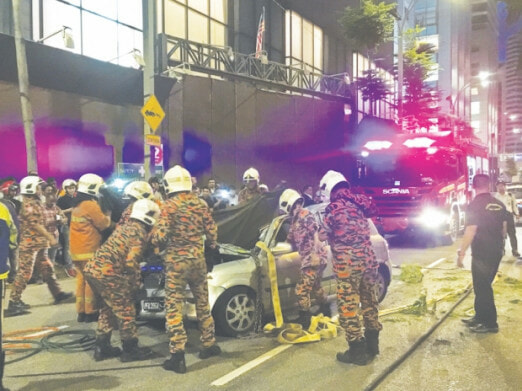 The 23-year old had the world at her feet when the freak accident put her life to a screeching halt, a week shy of her 24th birthday.

“She would have celebrated her birthday on Sept 1,” her brother Khoon Ying, 26 said.

Khoon Ying reveals that his baby sister had always dreamt of meeting the perfect guy to whisk her off her feet, he showed the press a picture of young Joice in a white dress. 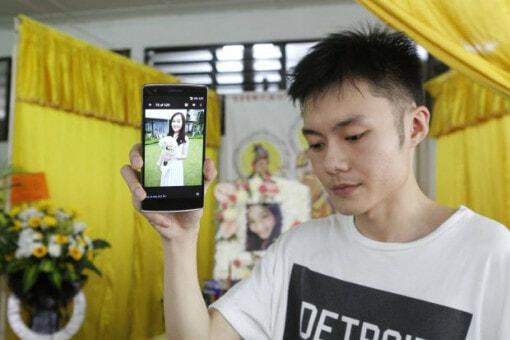 “She loved to joke about getting married to a Korean star.

“Her husband must not smoke and cannot party or gamble,” he shared, adding that he had teased that she would never such a man.

“She replied that if she couldn’t, she would stay with me,” he said.

In the last hour of Joice’s short life, she was late for a dinner appointment with her family. The administration executive had left her workplace in Puchong but was caught in the rush-hour jam at Jalan Raja Chulan, Kuala Lumpur, reported The Star.

“She sent me a voice message to say that she would be late and asked us to order the food first,” said Khoon Ying. He responded saying that the spaghetti at the restaurant was worth a try and asked if he should place an order for her. He never received a confirmation to his message that was sent at 7.08pm. The fatal incident was estimated to have happened at 7.15pm, last Thursday.

Khoon Ying had thought his sister was busy driving, adding that, “she was a very careful driver” but inevitably received the tragic news when a man called him around 8pm.

“The man told me to go to the forensics department at Hospital Kuala Lumpur. We didn’t know what had happened until we reached the hospital,” he said. 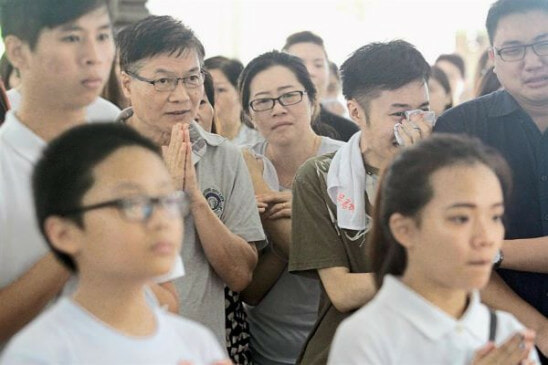 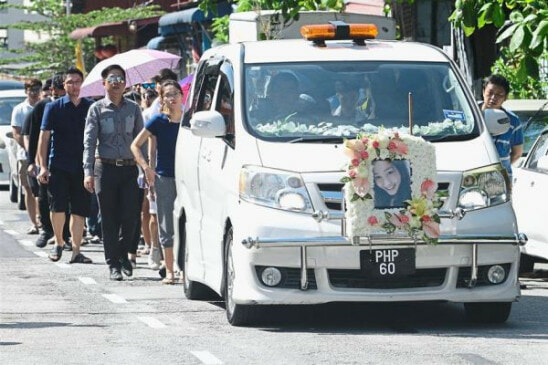 Joice’s cortege left for Batu Gantong Hokkien Cemetery and Cremato­rium around 10.30am on Aug 29. Korean pop songs were played aloud in honour of the K-pop fan.

Her close cousin was sobbing during the cremation. “Chia Chia is the closest, apart from the family members, to Joice. They grew up together since young,” said Khoon Ying. “She cannot take it that she had lost Joice, neither do we.”.

Reports by FMT mentioned that the crane operator fled immediately after the accident.

Rest in peace Joice Chin Khoon Sing, you are a wonderful addition to heaven’s angels.