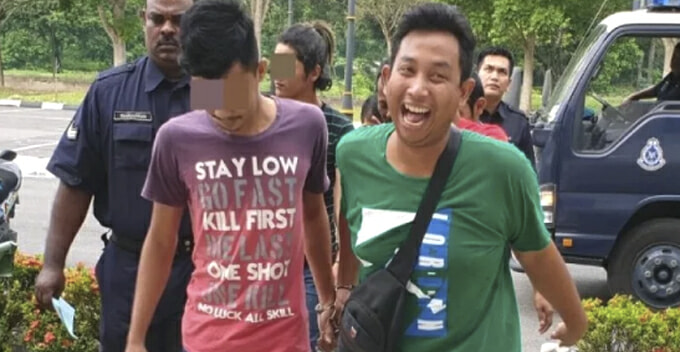 Remember the road rage incident that happened earlier this week involving a white Proton Saga and a Toyota Camry? Well, the road bully was just charged in court earlier today (28 September) and was fined RM1,500 by the judge.

While walking to court, he was smiling from ear to ear and didn’t shy away from the reporters’ cameras. He has to be the happiest defendant we’ve ever seen! 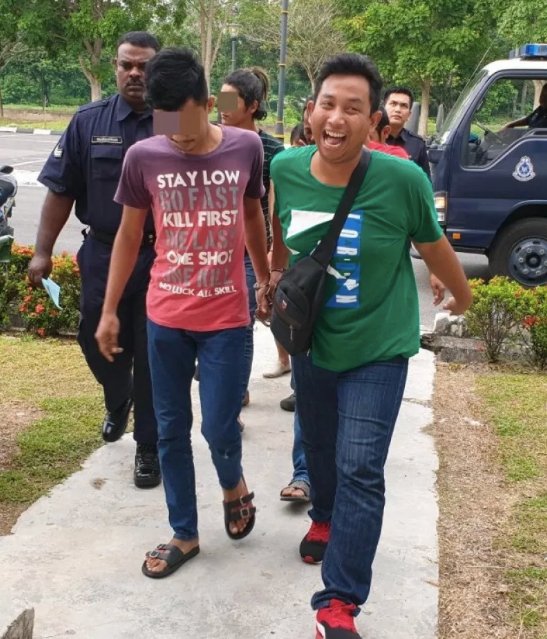 According to Sinchew, the 30-year-old technician working from Kedah had pleaded guilty and said he regretted his actions. In case you missed the news, he appeared in a viral video where he kicked the Toyota Camry’s side mirror and snatched the victim’s smartphone.

Thankfully, members of the public intervened and managed to get the lady’s phone back. A police report was subsequently lodged and he was picked up by the cops.

It was understood that he was charged under Section 427 of the Penal Code for damaging property. His lawyer pointed out that the man is married and doesn’t have any criminal record.

Plus, he only acted as such after he was labelled a “gangster” during the commotion. He had also apologised in court. However, a majority of netizens aren’t happy with the sentence as it was deemed too light.

Anyway, the punishment has been meted out and we should respect it. Just out of curiosity, what do you think of the fine? Let us know in the comments! 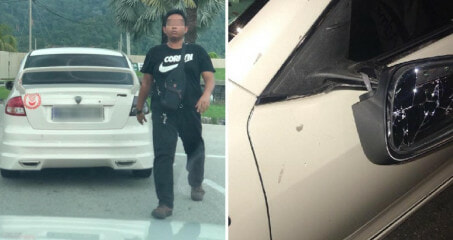