It may seem ol’ school but engineering associate, Muhammad Helmy Kamid had managed to save himself a considerable amount of SG$6,000 (RM18,000) in SG$1 coins over the past two years, all in a little green piggy bank. 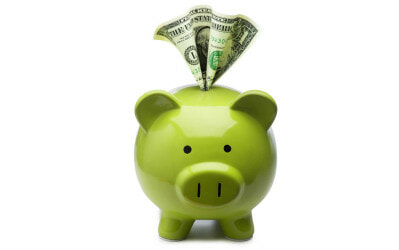 “It’s quite funny how my brother could save up $6,000 in his little, green piggy bank,” said his brother Suffian Sarmadi Kamid.

As the social lives of young people become increasingly demanding, some find themselves cringing to make ends meet, let alone maintain some savings. But it’s always good to have enough and a little more to keep for a rainy day.

Taking a leaf out of his uncle Anuar Ahmad’s book, Helmy, 26, started his $1 coin saving in the middle of 2014 and managed to haul in more than Anuar himself who started the practice 10 years ago but only managed to stockpile SG $1,000 after a year of saving.

The proud uncle told The New Paper, “I am glad he took my words seriously and that he is even more diligent than I was.”

After he got married 10 years ago, 45-year old Anuar who works as a senior technician had stopped saving $1 coins but is glad to see the tradition live on.

“He has always been like that – when he sets his mind on doing something, he is determined to go all the way,” Anuar said of his nephew. 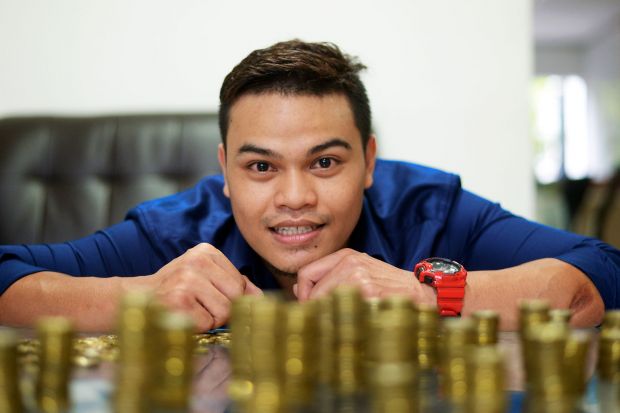 Helmy also credits his mom who was instrumental in making his pot of gold. However, he confessed that wasn’t always the case.

“In the beginning, my mother told me this plan was nonsense,” he said.

“She would not touch my coins and even laughed at me.”

In a piece by Berita Harian, Helmy mentioned that he’s currently single, ready to mingle, and wishes to invest the money in his wedding.

He posted the article on his Facebook page which was liked and shared over 1,000 times. But what’s more interesting is that the post had also attracted 3 marriage proposals! Attaboy!!

“Two to three people from Malaysia messaged me, asking to marry them after seeing my post online.

“When I first read the messages, I thought people would really do anything for money,” he said.

But always the gentleman, Helmy had politely declined the offers.

Watch out ladies, there’s an eligible bachelor in town! He’s a saver and hopefully, a keeper.