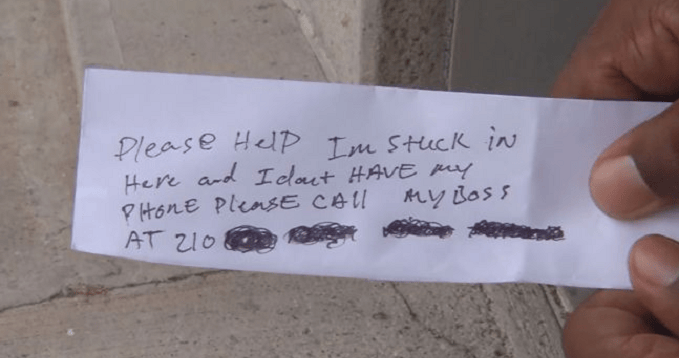 As a country that runs on capitalism, money tends to trap us all. For one man in Texas, it’s not just metaphor, but also a literal fact.

A contractor was changing the lock within the ATM vault, when he accidentally locked himself in. What’s worse, he left his phone in his truck. 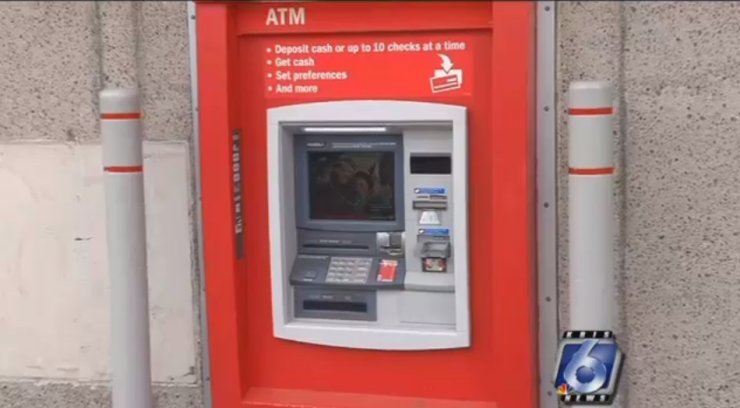 The ATM machine was fully operational and people was still using it. So the contractor had to resort to slipping notes asking for help through the receipt slot. 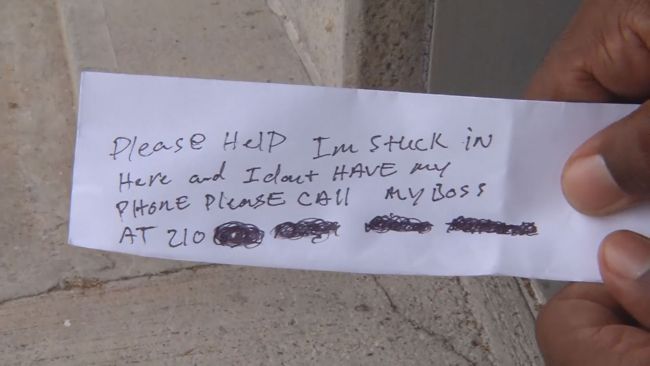 Unfortunately, many people thought it was a prank, and paid no attention.

Finally, one guy actually alerted the police of this incident, but the police also thought it was a joke. Upon closer inspection, both the police and bank patron can hear a faint sound coming from the machine that resembled a muffled voice.

“We come out here, and surely enough we can hear a little voice coming  from the machine. So we are thinking, “this is a joke. It’s got to be a joke,”” Officer Olden said.

Honestly, if a Malaysian had heard muffled sounds from a machine, we would have noped out of there faster than lighting.

Anyway, it’s a good thing the police did not have a debilitating fear of haunted machinery, because right after hearing the noises, he called for backup. The police officers then called the number on the piece of paper, and confirmed that indeed it was the number of the person’s supervisor, and he had sent a worker on site.

The police eventually kicked down the door and gained access to the man who was reportedly stuck in there for over 3 hours. Since no criminal act had been committed, the police did not file a report. The man was also not hurt, but he was apparently very embarrassed. 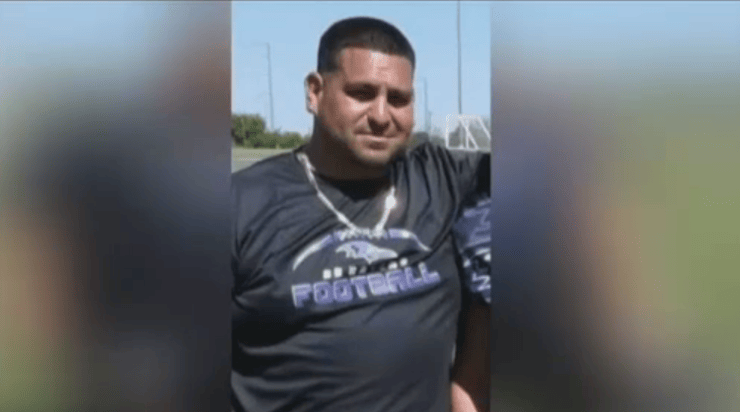 The guy, who was later identified as James, tells reporters that he laughs about this incident now, although all he could think about while he was locked was to get out. His story was so crazy that it quickly went viral and made international news!

“Everyone is OK, but you will never see this in your life, that somebody was stuck in the ATM,” Officer Olden said. “It was just crazy.”

Well, we definitely have not heard anything like that in our lives too!

Also read: 9-Year-Old Boy Tries to Sneak Out of Home, Gets Stuck in Between Door Grill Instead