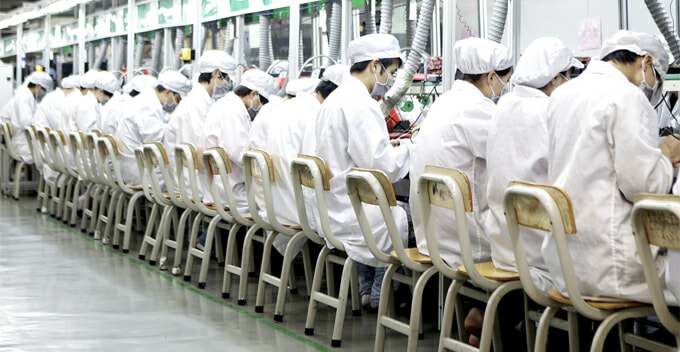 Apple is one of the world’s biggest corporate giants with a net worth of USD$605 billion. Knowing that, you would probably assume that workers assembling the iPhones in the factory are well taken care of, but they’re actually not. 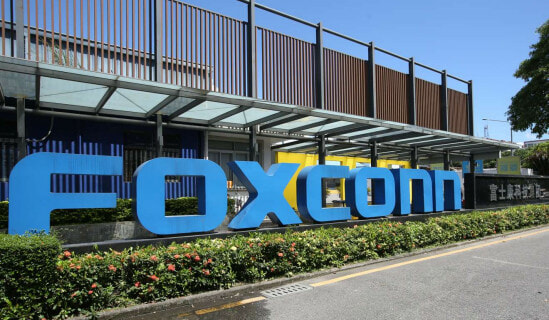 This highly secretive factory is also known as Foxconn City, because it is so vast and it belongs to Foxconn, a Taiwanese multinational company.

Here’s what Brian found out after taking a walk with former workers inside Foxconn City.

1. Foxconn City is a strictly guarded and sealed-off factory with security guards manning each entry point 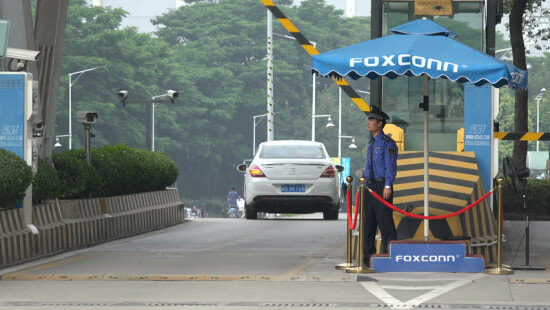 All employees have to swipe their ID card to get in, and drivers with delivery trucks are subjected to fingerprint scans.

“A Reuters journalist was once dragged out of a car and beaten for taking photos from outside the factory walls,” he said.

Brian got in by pleading them to let him use their toilet. He promised to get back asap, but he didn’t.

2. Brian took nearly an hour to walk across the factory because it is THAT big

Spilt chemicals, rusting facilities and unsupervised industrial labours were seen at the ‘outskirts’ of the factory. 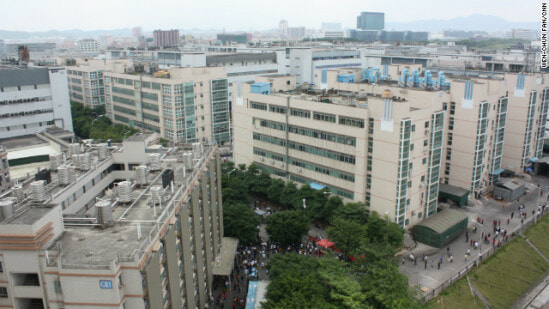 Xu and his colleagues had to work over 12 hours per day and they described the management as “aggressive and duplicitous”. 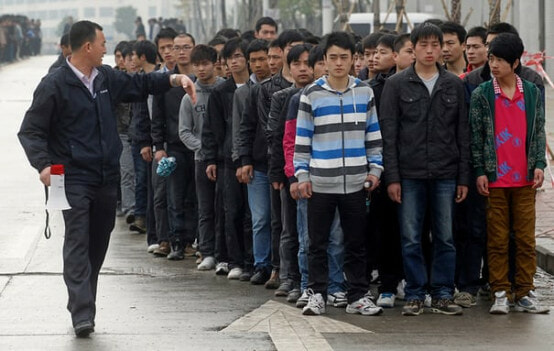 The management allegedly makes empty promises all the time and would scold them publicly for being too slow. Some were promised double pay but received only regular ones.

“It wouldn’t be Foxconn without people dying. Every year, people kill themselves. They take it as a normal thing,” Xu said.

4. Workers are asked to stay silent, and may be reprimanded for asking permission to use the restroom 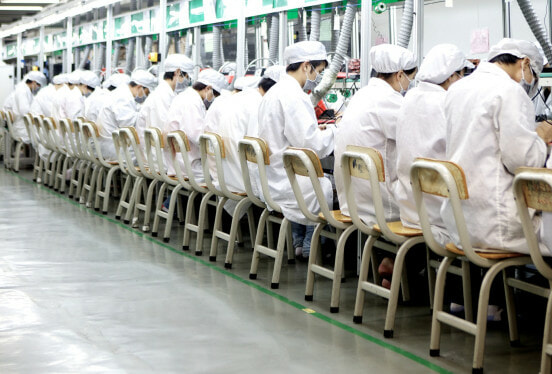 A female worker said she had to wipe special polish on the display of three iPhones per minute, for 12 hours per day.

For more intricate work such as fastening chip boards and assembling back covers, the workers have a minute for each iPhone. That’s still 600 to 700 iPhones that have to go through their hands per day. 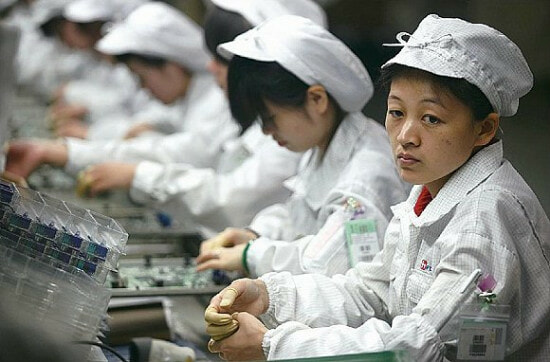 Making a mistake or failing to meet the quota would subject them to public condemnation from the bosses.

6. “They call Foxconn a fox trap, because it tricks a lot of people,” Xu told Brian

Initially, Foxconn promised them free accommodation but then forced the workers to pay ridiculously high bills for both electricity and water. Currently there are eight people sleeping in a room, but there used to be 12 of them in one. 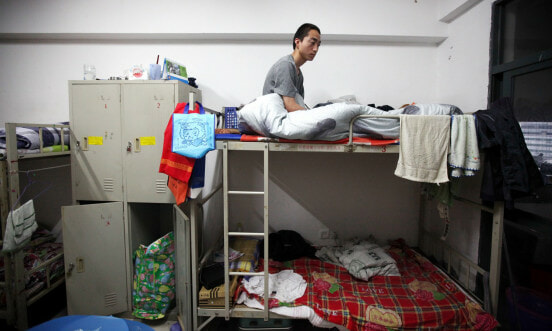 7. “They’d punish someone to make an example for everyone else. It’s systematic,” Xu’s friend said.

The manager deliberately accumulates all the complaints and lashes out on the workers in front of everyone.

“When the boss comes down to inspect the work, and if they find any problems, they wont scold you then. They will scold you in front of everyone in a meeting later,” the friend said.

“It’s humiliating and insulting to people all the time,” he added.

Stress, anxiety and humiliation have made a majority of the workers depressed. Months ago, a worker who was also Xu’s friend, argued with the manager after being publicly scolded.

Police was called in although he wasn’t violent.

“He took it very personally, and he couldn’t get through it. Three days later, he jumped out of a ninth-storey window,” Xu said.

Brian was shocked and asked why the incident didn’t receive any media coverage. Xu replied,

“Here someone dies, one day later the whole thing doesn’t exist, you forget about it.” 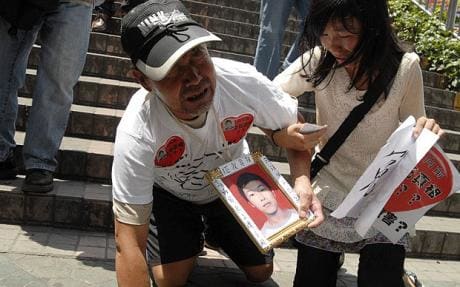 9. In 2010, assembly-line workers began jumping off the dorm buildings

In that year itself, 18 suicide attempts were recorded, with 14 confirmed deaths. Meanwhile, 20 more workers were successfully talked down by the officials. The management promised improvements and talked them down, too. 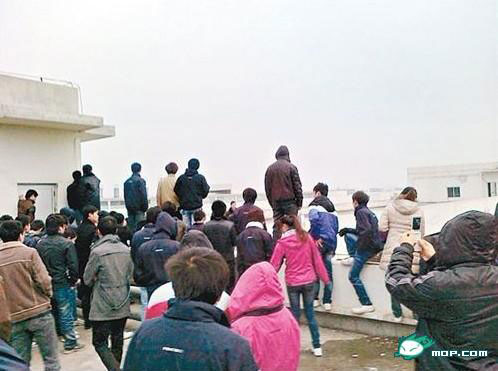 They threatened to jump unless Foxconn pays their overdue wages. The company agreed. 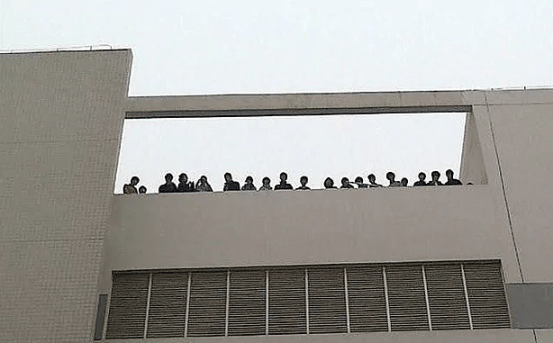 12. Foxconn CEO, Terry Gou installed large nets outside many of the buildings to catch falling bodies

Counsellors were hired and workers were forced to sign pledges stating they would not attempt to kill themselves. 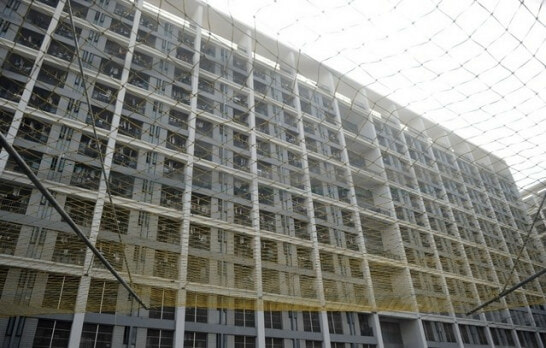 When Brian asked Xu and his friend if they would consider working for Foxconn provided the conditions have improved, Xu said,

“You can’t change anything, and it will never change.” 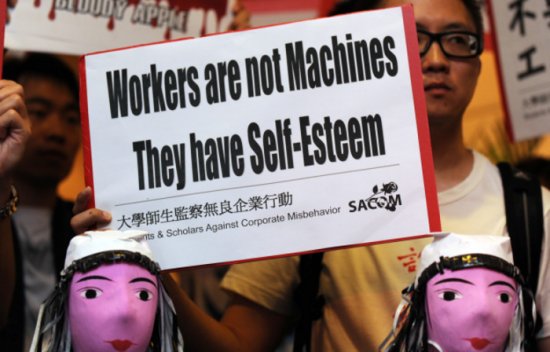 This issue has apparently been around for years; and unless there’s intervention from the local government, the circumstances are believed to remain the same for years to come.

May all the souls of the workers who committed suicide rest in peace. 🙁

For the full story, you can read it here. 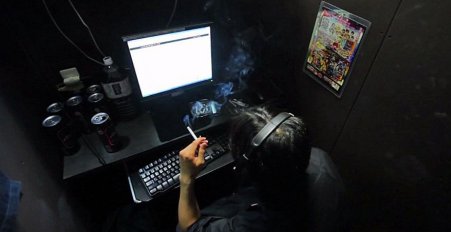