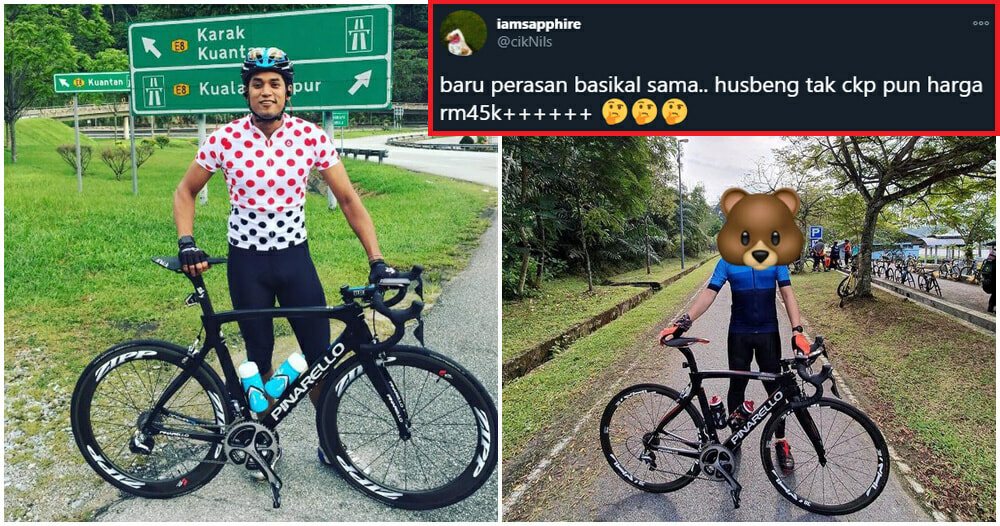 After an accident that left Khairy Jamaluddin Abu Bakar injured when he accidentally hit a pothole while cycling in Ulu Langat, the Public Works Department (JKR) Kuala Langat came forward to apologize profusely through a tweet directed towards the Minister of Science, Technology, and Innovation (MOSTI).

The pothole was covered up almost immediately but the incident sparked outrage among netizens as they felt JKR was practiced double standards when it came to people with bigger titles.

However, the outrage did not stop there. Recently, a Twitter post sharing the news of the Italian premium bicycle maker @Pinarello_UK who has believed to have apologized to KJ went viral and he even offered to fully replace KJ’s bicycle with a new one that is estimated to be worth more than RM45,000.

Italian premium bicycle maker @Pinarello_UK has extended their regret and apologies to Minister of Science @Khairykj and since offered a full replacement of his MYR45,000++ Dogma F10, after his mishap at Kuala Langat. Pinarello wishes the MP a speedy recovery. pic.twitter.com/0coRQyN6O2

The post caught the attention of Twitter user, @cikNils who also gave a response by quoting the tweet and stating that the bike KJ owned was very similar to her husband’s. She also found out that it costs a whopping RM45,000.

“I just noticed it’s the same bicycle .. my husband did not even mention the price of RM45k,” she Tweeted.

Many male netizens responded to her tweet in favour of the woman’s husband so that he would not get into trouble by giving various reasons to deny how much the bicycle actually costs. True brotherhood spirit!

Some commented that it was not the same as KJ’s bicycle and others claimed that her husband ‘Cop Ori’ by only using stickers for it to look similar to KJ’s bicycle.

These netizens’ replies were fully intended to prevent any dispute between the couple but eventually, the woman replied to the thread and asked everyone to stop commenting as she already found her answer. Yikes!

We hope her husband is doing okay!

Let us know what you think about this story by dropping a comment below!

Also Read: (Updated) Malaysians Outraged Over Inequality After JKR “Apologises Profusely” to KJ After He Hit A Pothole 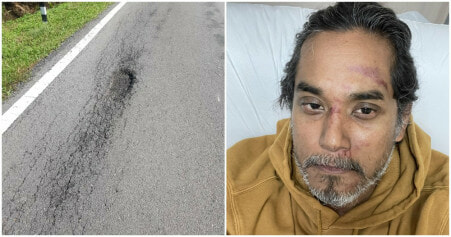