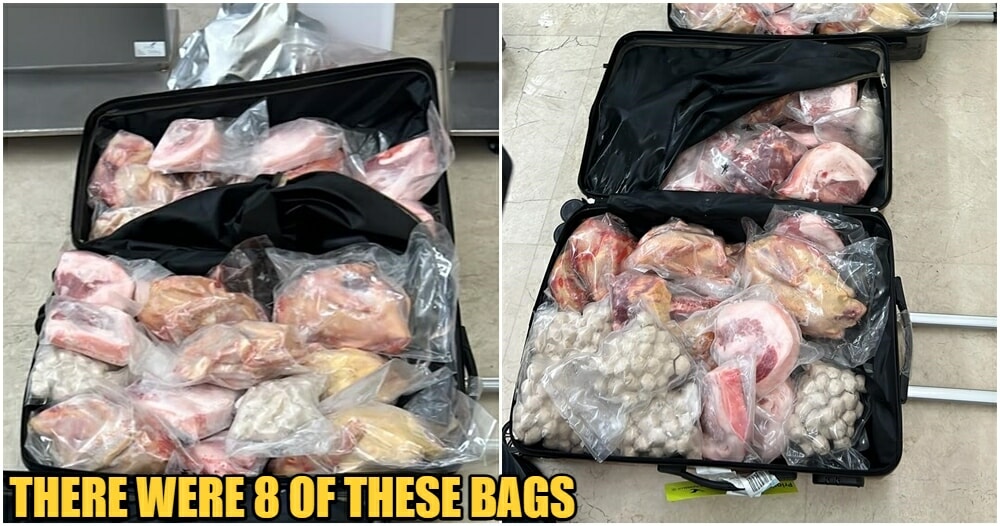 Many of us like to bring food over from our own country when travelling. However, when food items exceed a certain quantity, this act might be considered illegal.

According to a statement by the Singapore Food Agency (SFA) and Immigration & Checkpoints Authority (ICA) of Singapore on 29 September, a man from China named Wang Liansheng attempted to bring 226kgs of meat into Singapore.

It is said that this incident took place a few months ago in June 2022 and the SFA and ICA were alerted to 8 pieces of luggage that contained meat products at Changi airport.

The luggage was found to belong to Wang Liansheng and in those bags were 226kgs of assorted frozen meat products such as chicken, beef, pork, mutton and rabbit meat from China. 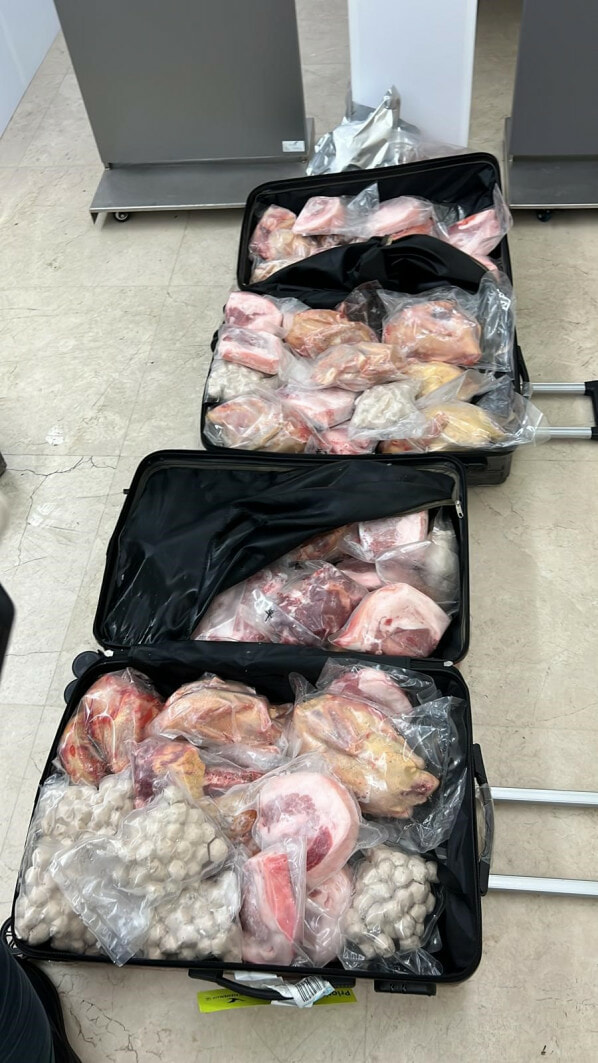 The meat products were seized by the authorities and destroyed later on.

Wang was fined a whopping SGD17,500 (around RM56,660) for illegally importing meat products into Singapore. The SFA says,

“Meat and its products can only be imported from accredited sources in approved countries that comply with our food safety standards and requirements.”

If you are planning to go to Singapore and want to bring your own food, you might want to check if you are breaking any laws here.

Also read: Woman Who Couldn’t Bring Her KFC Order Into Singapore Finishes It In Front Of Officers 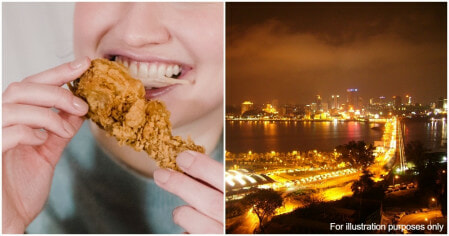