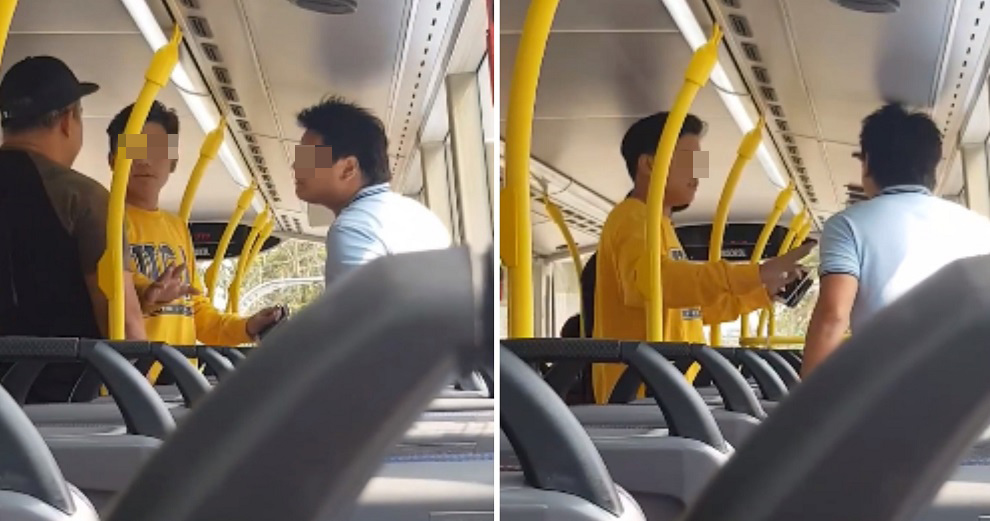 Earlier this week (19th December), an unsettling video of a Singaporean bus passenger accidentally bumping into a man while on his way to the upper deck of the bus went viral on Facebook.

The reason why this video was so alarming was because of how the other passenger reacted after being bumped into. An excerpt from the now viral Facebook post, which was uploaded by a witness, reads,

“I was in bus 190 (when) this incident happened. The young Malay man in yellow accidentally knocked (into) the Chinese man when going up to the upper deck.”

“He had apologised profusely, but the Chinese man (did) not accept it and became aggressive. He kept saying, ‘Sh*t Malay’ multiple times.”

During this altercation, another man wearing a cap then stood up to calm the Chinese man down. However, the man replied, “I only referred to him (the man in the yellow shirt) specifically as ‘Sh*t Malay’. I never said all Malays, what!”

The man in the cap then nearly began to fight with him, but the man in yellow then calmed both of them down and diffused the situation. The post continues,

“Shortly after that, (the man in yellow) sat beside the Chinese man to apologise and calmly settle this matter, but the Chinese man shouted, ‘F*ck off’. That scene was not recorded as I thought that everything was settled.”

While many netizens condemned the man for his actions, they did praise the man in the yellow shirt for remaining calm and patient throughout the entire situation.

While we do commend the man for remaining so calm, we do hope that the man who hurled this racist comment learns from his actions and treats others with a little more respect in the future! 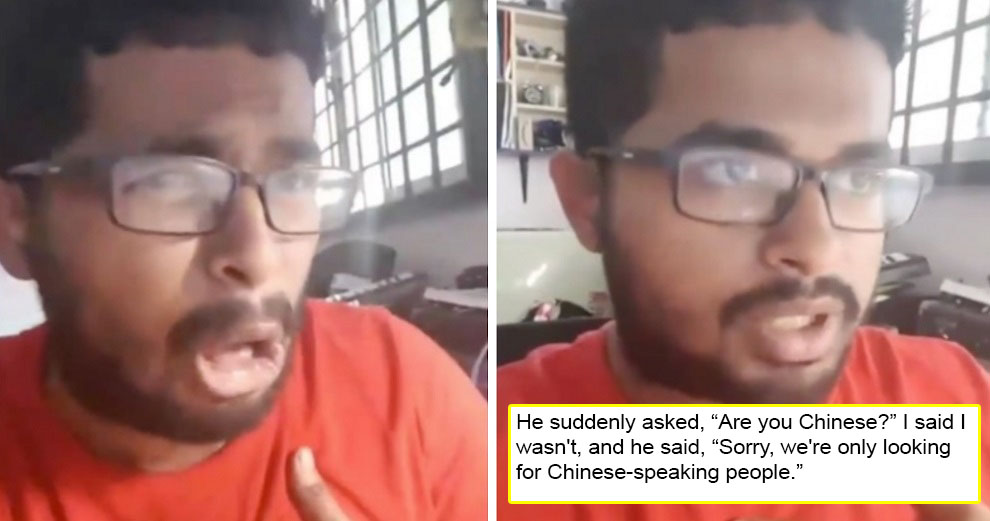