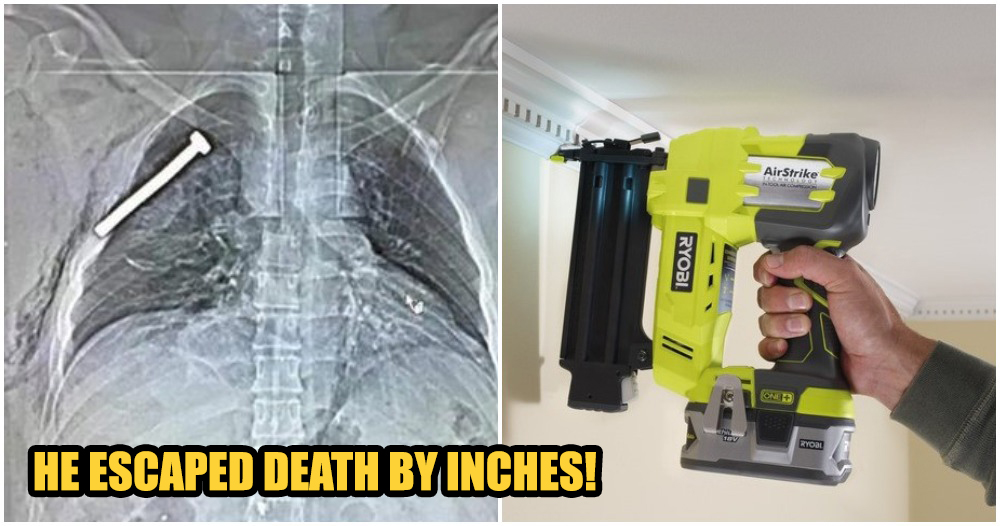 Job safety is important in every job, and especially if you happen to be working in the construction business. It’s a dangerous workplace and extreme safety should be maintained at all times. How many times have we heard of workplace horror stories with contractors and labourers getting killed all because of someone’s negligence? This was the case for a worker who almost killed his colleague because of his carelessness.

A worker from Singapore accidentally shot a 6cm-long nail into his colleagues chest because he was not holding the nail gun correctly.

What happened was that this worker, Yang Chengwei, was assembling wooden boxes with the victim, Mr Miah Ripon, as they were both working as packers for the same logistics company. Miah was measuring wooden planks and using a hammer to straighten them while Yang was using a pneumatic nail gun to nail the planks. That’s when it went wrong….

What happened next was that Miah wanted to ask Yang to nail two planks together. Even though he wasn’t nailing any planks together, he still had his finger on the nail gun trigger (WHICH IS A HUGE CODE VIOLATION!). When Miah was behind Yang, he nudged him to indicate tell that he was there, but Yang was surprised and accidentally raised the nail gun before firing the 6cm-long nail into Miah’s chest. 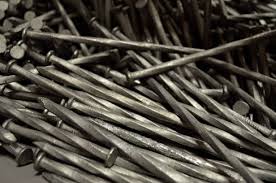 Miah immediately was rushed to the National University Hospital (NUH) and he had an operation to remove the nail – and he thankfully survived. Yang, on the other hand, pleaded guilty to one count of causing hurt by a negligent act that endangered human life and was sentenced to a fine of $2000 (RM6,000) or if he is unable to pay, a one-day jail sentence.

“I can’t pay this fine because I was unemployed since November 22nd this year, I don’t have the money!”

Yang is also in remand for 25 days and the judge said that he could spend one day in jail if he didn’t want to pay the fine. In all fairness, Yang is getting off easy as the crime of endangering a human life is punishable with a maximum six months’ imprisonment, a fine of up to $2,500, or both.

Always remember to be careful at your workplace, no matter what line of work you’re in. I think it doesn’t need to be repeated that danger doesn’t announce, itself so be cautious!

Also read: Woman Rips Out ALL Her Eyelashes After Her Hand Accidentally Slipped While Using Lash Curler 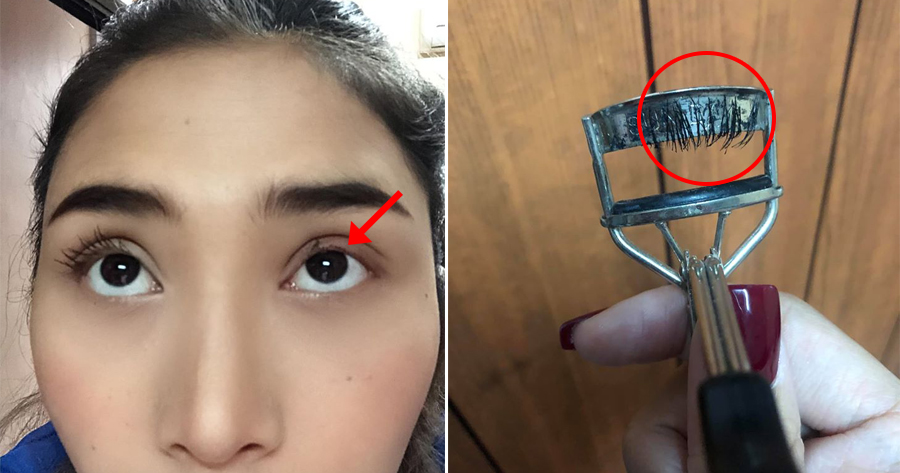