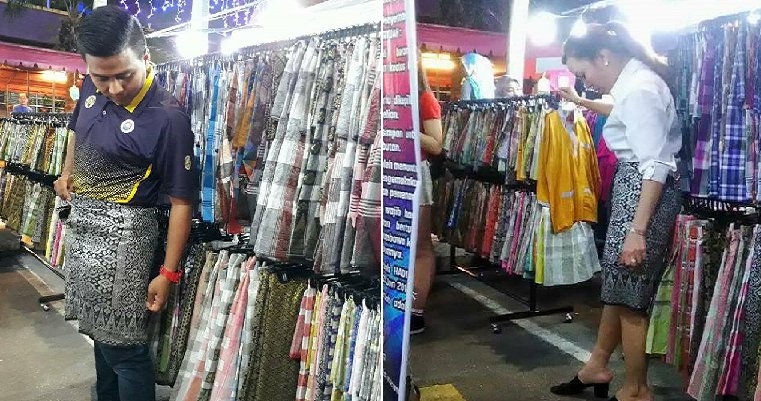 If you are living in Malaysia, you would be very well aware that Hari Raya is coming up and many of our Muslim friends are rushing to buy their baju raya. Just look at all those enticing pop-up stores at those Ramadan bazaars! 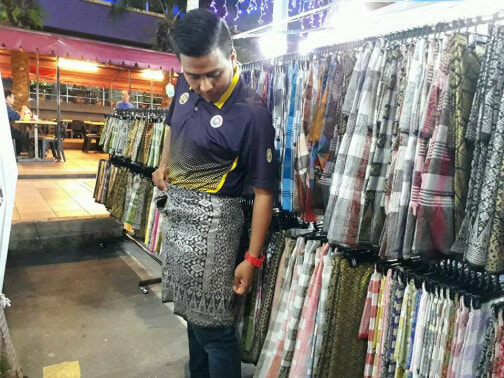 As is the tradition, many Muslims would buy traditional Malay outfits to celebrate Hari Raya such as the baju melayu, baju kurung or kebaya. And during this period, many sellers will also be selling these clothes at the bazaars. Cheap and nice!

But this seller at a Ramadan bazaar was left perplexed when a Korean woman stopped by the bazaar in Jalan Hang Tuah, Melaka last Tuesday and looked through the sampin section for sale. For those who have been living under a rock, the sampin is the sarong wrapped around the hips that is part of the baju melayu. 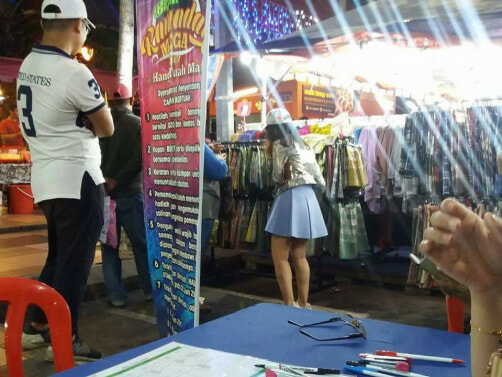 The next night, the woman, who appears to be in her early 30s, came back to the stall clad in a pair of short pants so that she could try on the sampin. Her husband, who accompanied her, kept praising the ‘skirt’ and said, “Good, good, good.” To the surprise of one of the sellers, she mistook the sampin as a skirt and bought it after she had tried it on.

Mohamed Asiff Mohamed Amiz, 29, immediately took photos of the woman trying on the sampin ‘skirt’ and uploaded it on Facebook, where it went viral. According to Harian Metro, he said, “At first, I was confused when I saw her try on the sampin but after it was worn, it actually looks really good when matched with her white shirt. We tried to ask her more about what she thought of the sampin but she couldn’t speak much English.” 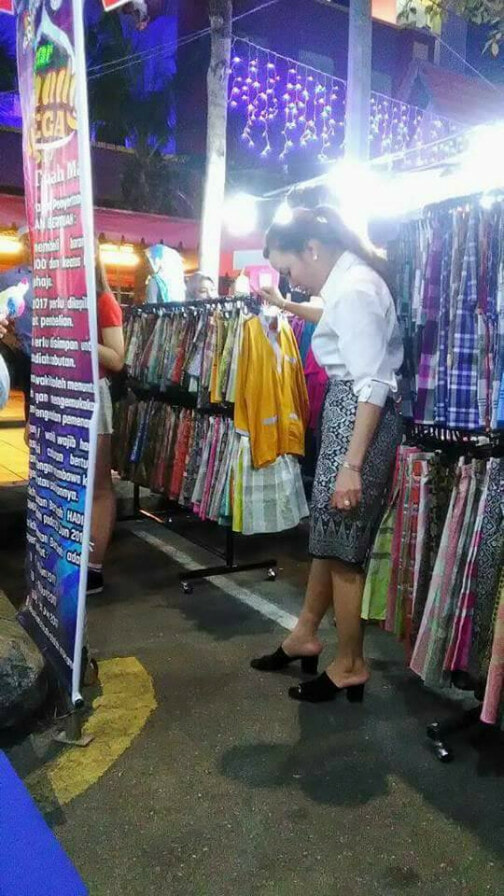 Other netizens were mind-blown by this new concept of wearing the sampin and said that the Korean woman has sparked a new trend. They said, “She has started a new fashion trend for a totally modern way to wear the songket. Just wait and see!”

Who else wants to try this new trend? It looks good IMO! 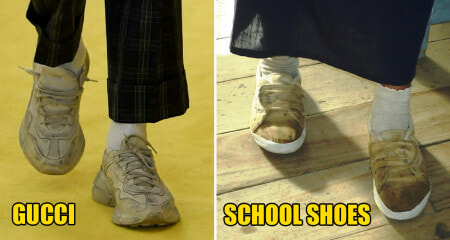