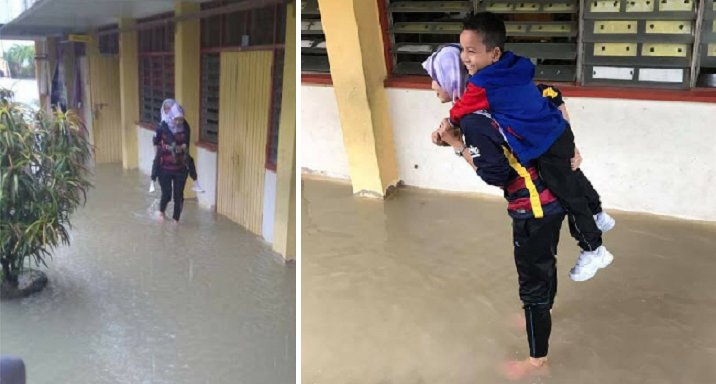 A teacher from Alor Setar, Kedah has been going viral recently after pictures of her piggybacking her students through a flood were shared online. 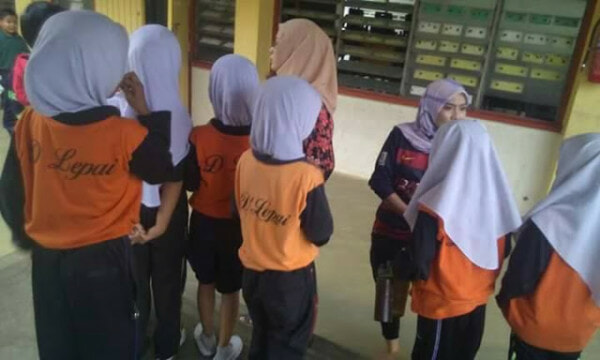 The relentless rain started filling up the Standard One and Standard Two classrooms, forcing the children to seek higher ground. After they were safely moved to a dry space, some of the students wanted to return to their classrooms to retrieve their lunch box and money.

Worried that there might be foreign objects and dangerous animals, such as snakes, in the water, the 35-year-old teacher decided to piggyback her schoolchildren instead. Aww! 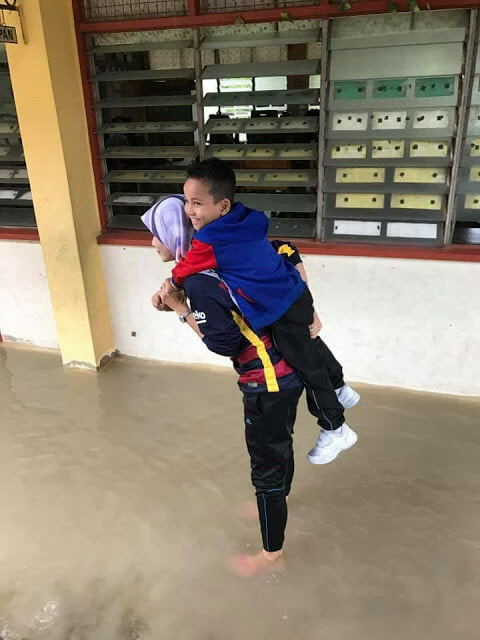 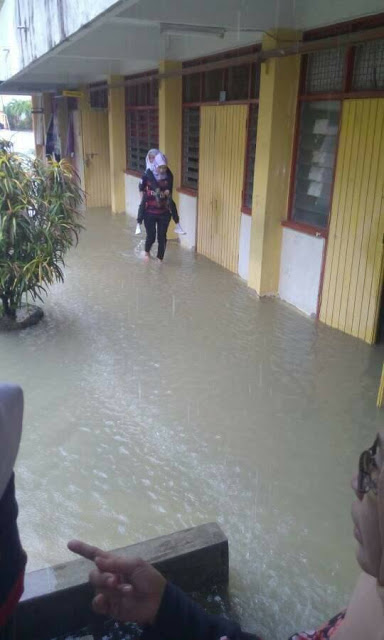 Norashikin told the press, “I volunteered to carry five students on my back from the shelter hall to their classrooms, which were several metres apart.”

“A few Standard Two students said they felt embarrassed if I carried them, but I explained the urgency of the situation and I don’t want anything unfortunate to happen to them.”

“This morning was chaotic, but this was not the first flood we have had. Every time there’s a heavy rainfall, a flood will soon follow,” she said. 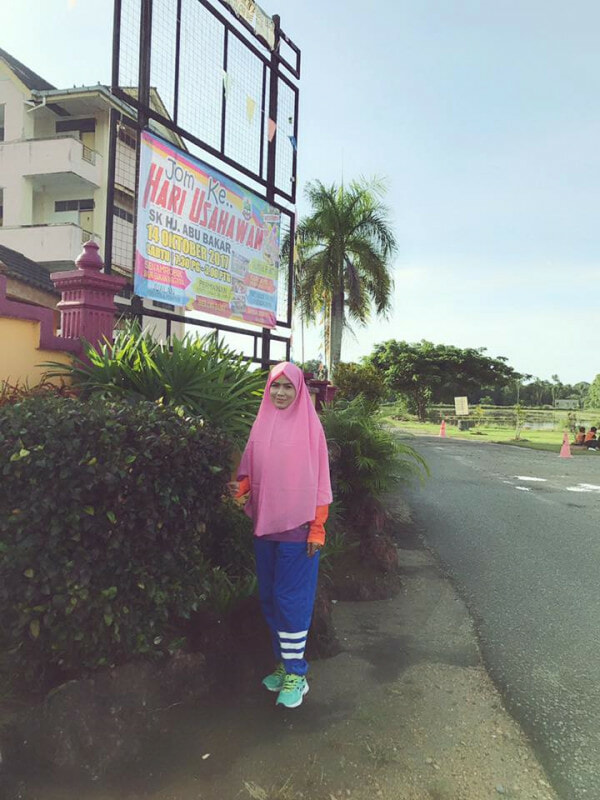 The teacher, who was just transferred to this school in January this year, did not expect to see herself going viral online. She believed that she was only doing her duty as a teacher by making sure her students weren’t harmed.

“I never would have thought the photos of me would go viral, as I was only fulfilling my duty as a teacher.”

Most of the students affected by the flood were in Standard One. They got very excited at the amount of water around, so it took quite a lot of effort for teachers to keep the students from jumping into the water. 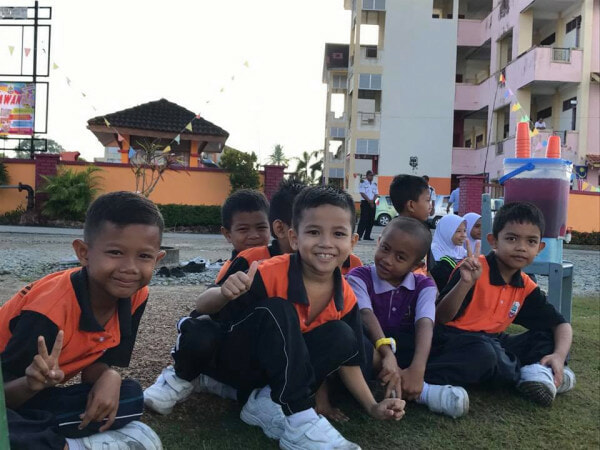 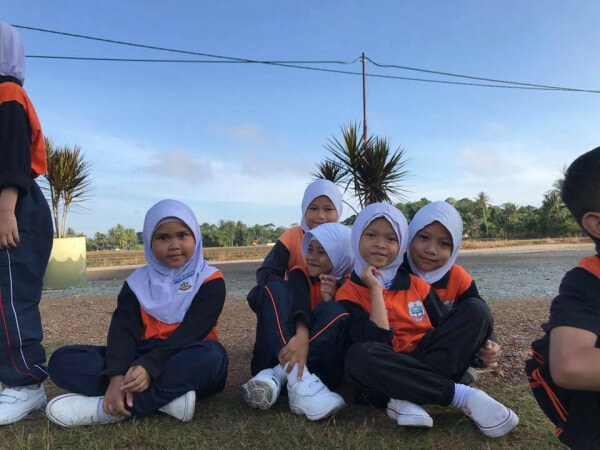 Thankfully, nobody was hurt in the flood. A huge round of applause for Cikgu Norashikin for such a brave and selfless act!

Also read: Vigilant Lady Spotted Human Trafficker on Bus Before He Could Sell Baby Off 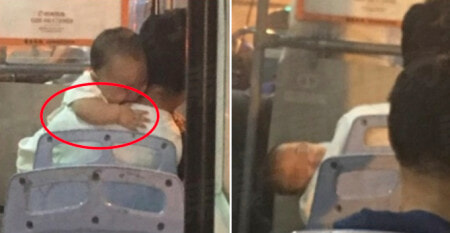