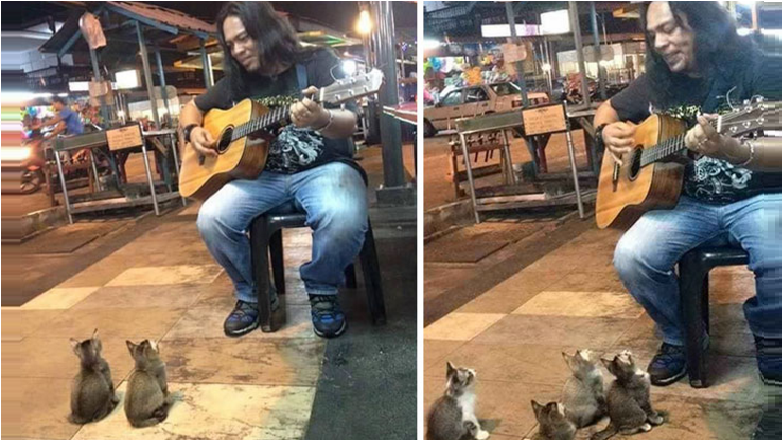 Performing on streets isn’t something new, but you’d be surprised at this performance!

A video shot in our very own Malaysian streets showed a man strumming his guitar while singing to a tune. However, it’s who his audience were that propelled the video to virality.

Seemingly mesmerized by his music, the kittens sat still in front of the performer and listened attentively. What’s most adorable is them sitting so close to him that all four of their little heads were looking up at the musician, showing that they were indeed paying attention. 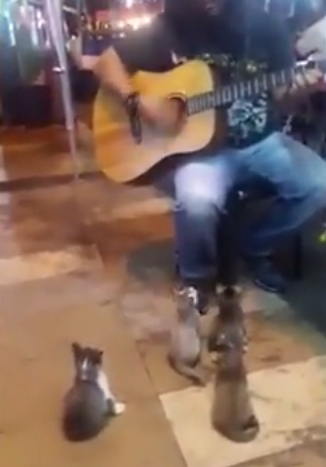 Anyone who came across the performance noticed the kittens and giggled at how focused they were on the music.

As the video went on, you can even hear a lady in the background exclaiming, “Comelnya!” which translate to, “So adorable!”

After the musician was finished with his song, he thanked the cute kitty audience for tuning in.

“Ok, terima kasih semua,” the busker said while looking at the kittens. 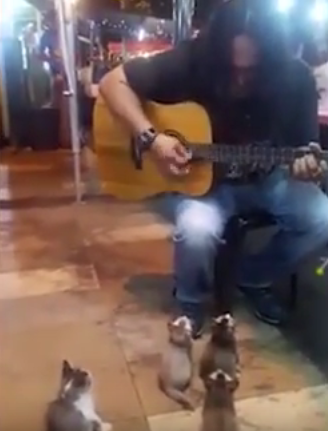 “Ok, thank you everyone,” clearly indicating that he was talking to the kittens. AWWWWW!!!

The video was only published a couple days ago and it already garnered over 2.5 million views on YouTube and even gained worldwide attention!

I guess what they said about the internet is true, cat videos are indeed very powderful!

Watch the incredibly cute video below: