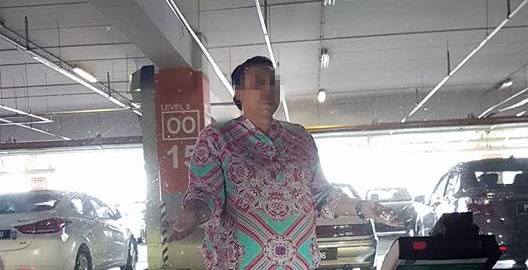 Driving in Malaysia can be frustrating sometimes. You have the double parkers who don’t leave their number, to drivers who never heard of this car feature called ‘the signals’. THEN, you have people who ‘human park’ to reserve spots! And if you drive in cities long enough, this is exceptionally annoying because finding a parking spot is no easy feat!

Well, one Malaysian had to go through just that in 1 Utama mall. The man was going around looking for parking when he spotted a car that was exiting from one of the spots.

He starts off his angry rant by saying,

? with permanent marker on ur car..

“Went to 1Utama for year end movie and upon entering the old wing saw a car was about to go out. I then give a signal indicating that I was about to enter.”

While waiting for his chance to park, he describes how a woman quickly walked in to reserve the spot instead.

“Suddenly, out of nowhere THIS lady came and stood up there saying she is reserving this spot and not allowing us to enter.

“I got down the car and asked, ma’m , you can’t reserve spots here.

“She mentioned I was using the wrong way and I should make a round to be able to take this spot. I said it’s outrageous.

In his defense, he said there was no car in sight, so he should be able to take the spot regardless.

“NO CAR VISIBLE THERE THEN NOT YOUR SPOT!! MY CAR THERE THEN I CAN GO IN DULU,” he exclaimed in anger. 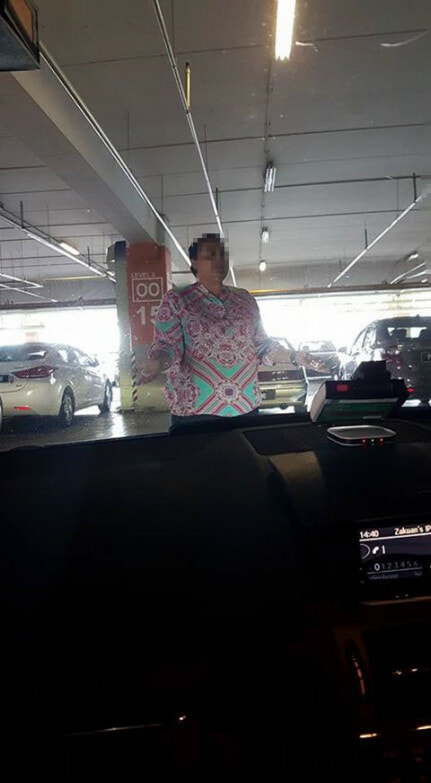 As frustrating as his story was, Malaysians couldn’t help but point out that the man had no reason to be so upset, since he himself was in the wrong as well.

“Sorry to say, but both of you are in the wrong. One drove in the wrong direction, while the other ‘chop’ parking.”

Well, two wrongs don’t make a right. So, make sure not to be these so called ‘progressive Malaysians’ as claimed!