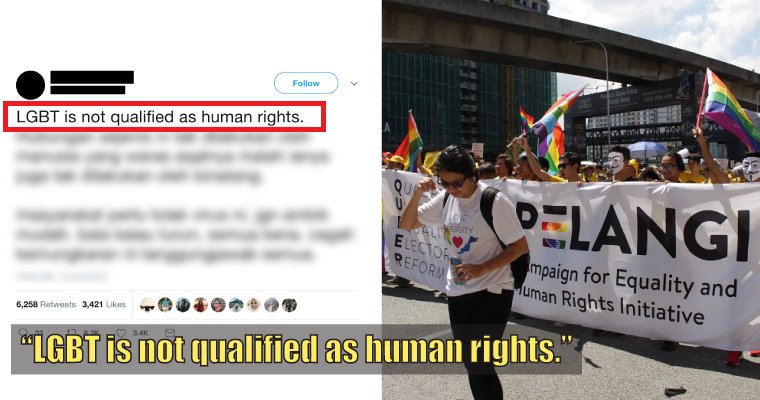 It’s no secret that LGBT rights have been a hot topic in Malaysia lately, and social media has been blowing up with people weighing in with their own thoughts and opinions on the issue. 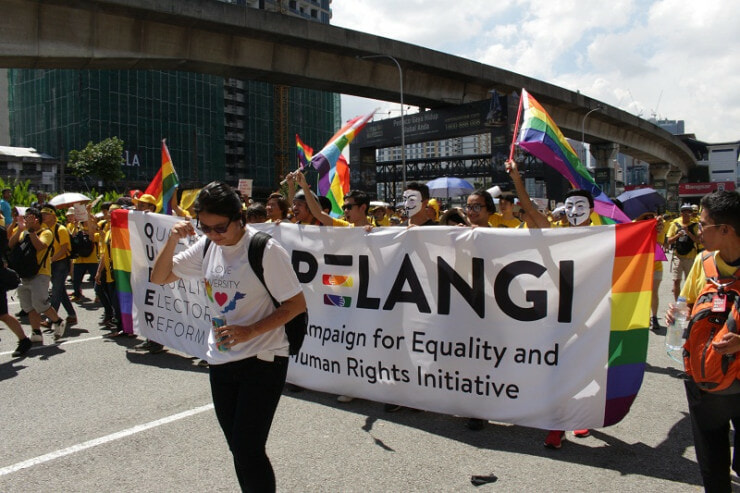 Amidst the usual Twitter debates, one Twitter user has blown up due to their controversial remarks as they weighed in, taking things to another level.

“LGBT is not qualified as human rights.

“These relationships should not be carried out by humans in their right mind. Even animals don’t do such things. The public must reject this virus and not take this as a simple matter or else, everyone is affected. Preventing this is everyone’s responsibility.” 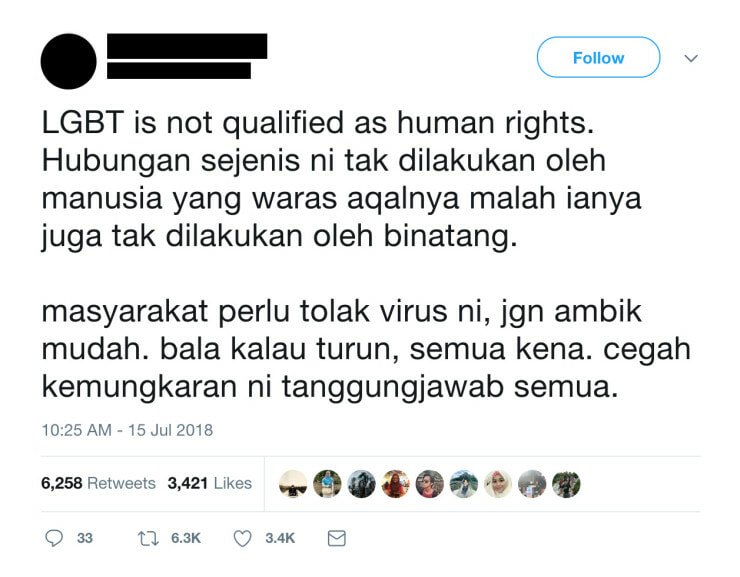 After reading the tweet, some Twitter users have joined the thread to argue against this extreme stand on the issue. 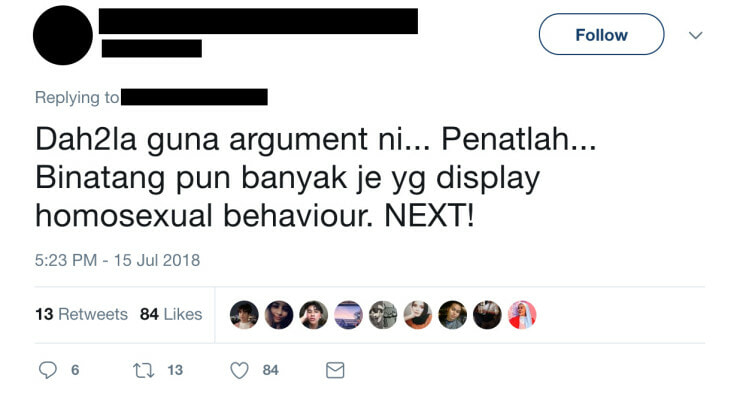 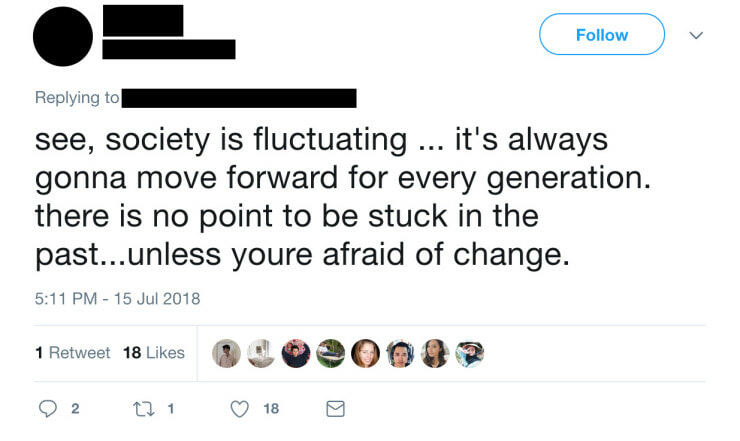 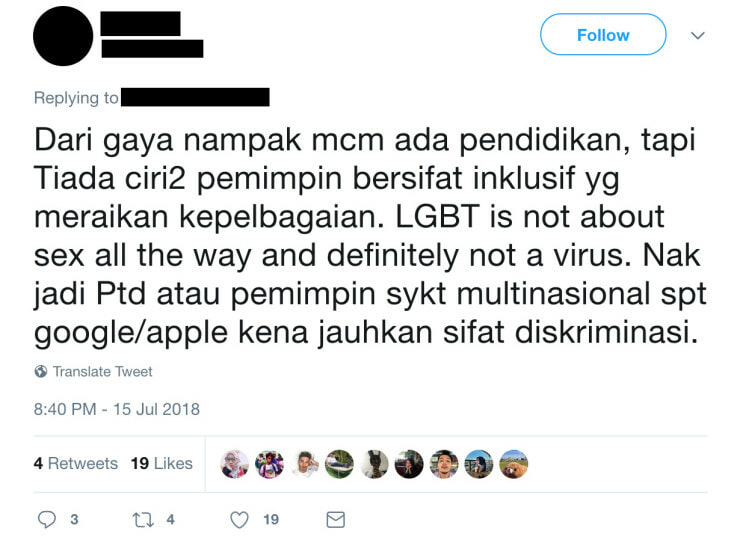 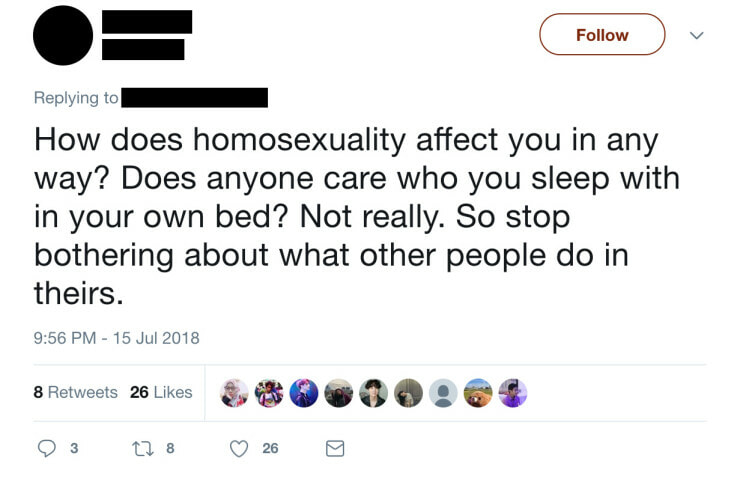 On the other hand, there were Twitter users that agreed with the stand and spoke up in support of what he said. 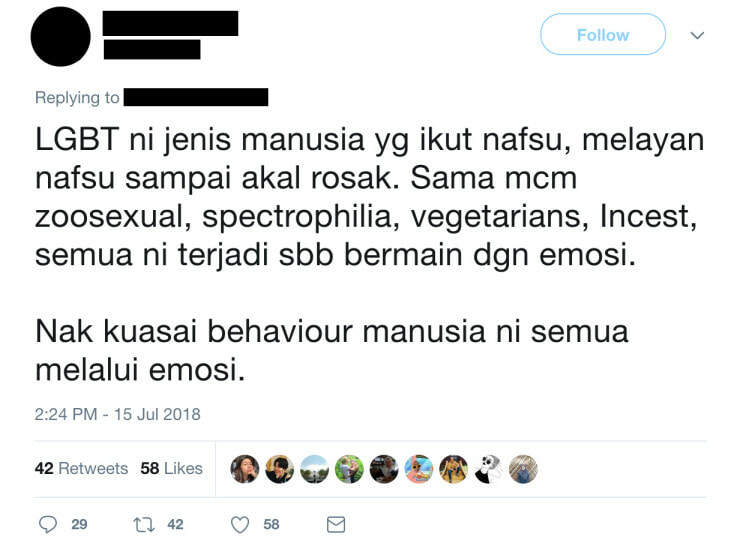 But whichever side you fall on the argument of LGBT rights, we should all agree to continue treating each other civilly even when we disagree. We’re all still human after all! 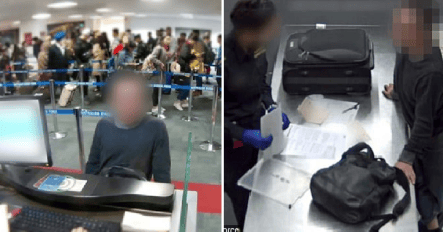