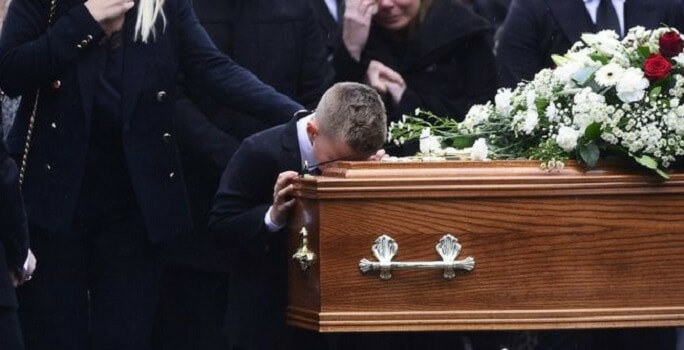 In 2014, an article in Malay Mail wrote that even in death, there is no escape from rising prices, spoke of the exorbitant prices paid by non-Muslims in Malaysia.

The article writes that the average price of a funeral is at RM50,000. Indeed no truer words were ever spoken as one netizen drew a comparison between both the Malays and the Chinese when met with death.

In the original tweet, netizen @haziqhamzah shared an image of a whiteboard outlining prices involved in a Muslim burial service. 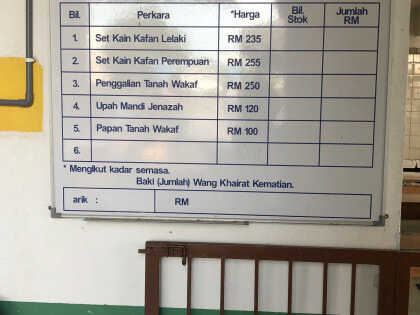 The tweet which writes, “It is expensive to die, right?” drew attention from the non-Muslim crowd stating that the Chinese have it worse. 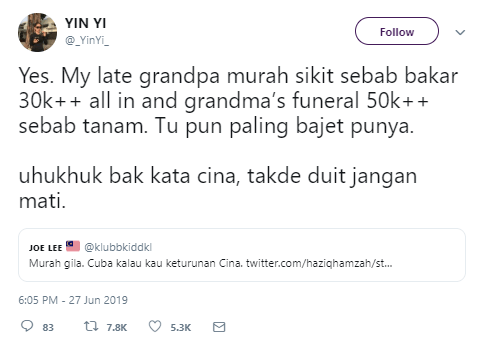 Commenting on the tweet, @_YinYi_ writes, “My late grandfather’s funeral was a bit cheaper because he was cremated, so we paid RM30k ++ all in.”

“My grandmother’s funeral costs RM50k ++ because she was buried, and the package we paid for was a budgeted one.”

Surely the tweet may be a bit over the top, but reports in mainstream media support the price mentioned by @_YinYi_. 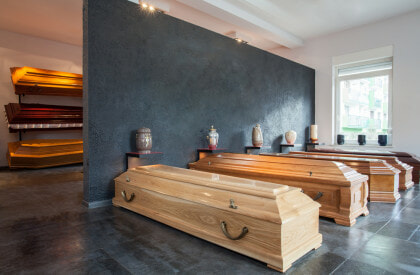 The Malay Mail writes, “Funeral Services charges between RM3,000 and RM20,000 for funeral services, depending on the type of casket purchased.”

And this does not cover burial plots! 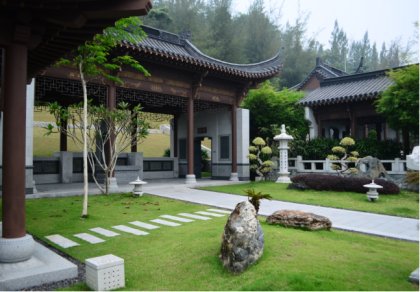 “The cost of erecting a tombstone could add another RM5,000 or even into the hundreds of thousands, depending on the design and materials used.”

Besides burial, here’s what the report had to say about cremation.

“Private columbariums operated by non-religious organisations charge between RM2,500 and RM5,000 for an urn niche, depending on the viewing level the urns are placed at; eye-level is deemed the most desirable.”

The tweet, which has garnered more than 7.8k retweets and 5.3k likes, shows how much this has intrigued netizens who wanted to know more about death in the non-Muslim community.

“What if the family of the deceased do not have the necessary funds to pay?” 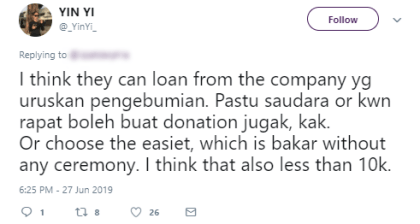 According to @_YinYi_, “I think they can loan from the company that handles the funeral service. Relatives of the family or even close friends would also donate to ease the burden of the family.”

“Most would opt for the easiest, which is to cremate without any ceremony. I think it costs less than Rm10k” 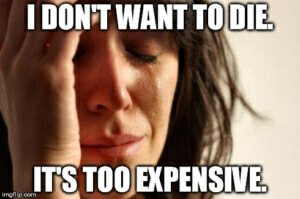 Clearly shocked by the expensive prices borne by the family of the deceased, the tweet gives some insight into how differently death is treated according to Malaysia’s different races and religions. However, the main thing that captured netizens is how unfortunately pricey funeral services are.

At the end of the day, it all comes down to how we want to go. Surely now when we know how much it all costs, it is always good to have a headstart and be extra prepared when our time comes.

Also read: Meet the Man Who Started a RM1 Funeral Transportation Service For Those in Need 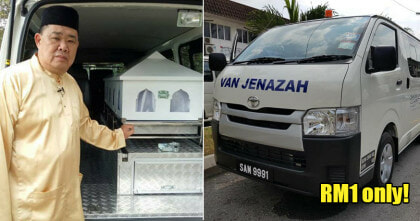