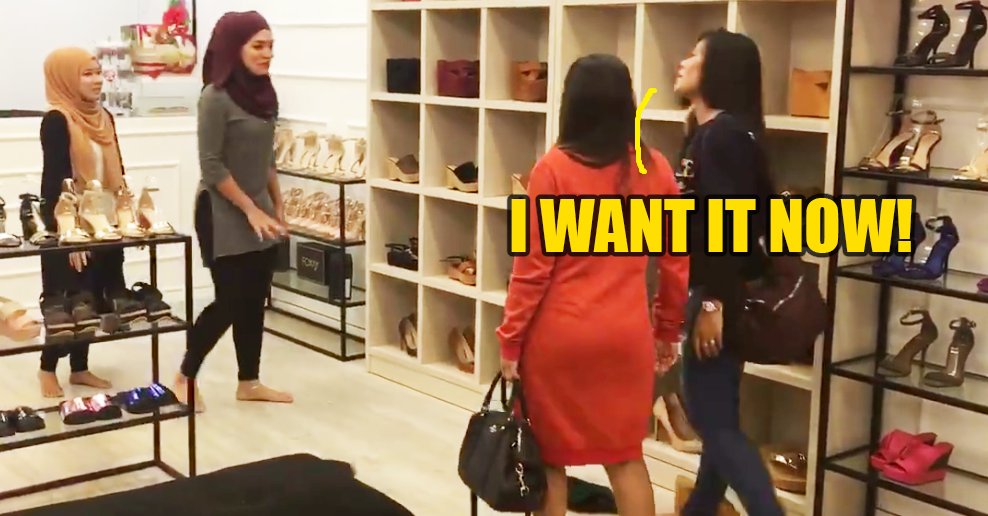 We’ve heard the saying, “Customers are always right”. While that’s a good guideline for business owners to provide good service, in some cases, that very saying might as well be thrown out the window.

A Malaysian Facebook user that goes by Ashhry shared a couple of videos that will definitely make your blood boil. He captions along in his post,

“First time getting such a customer. After this, I’m going to teach my staff to not be so courteous and smile at these kind of customers.

“CUSTOMER IS ALWAYS RIGHT, but if they behave like this, what are we going to do???” 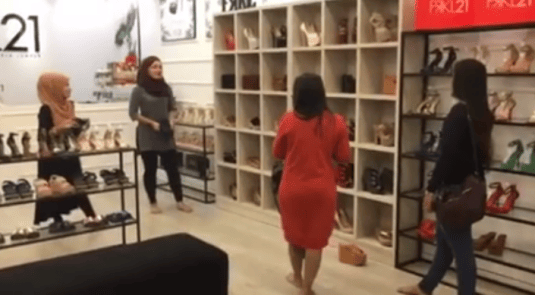 In the video, a female lady was going ballistic and causing quite the scene for not being able to purchase the shoe she wanted despite the store assistant telling her otherwise. 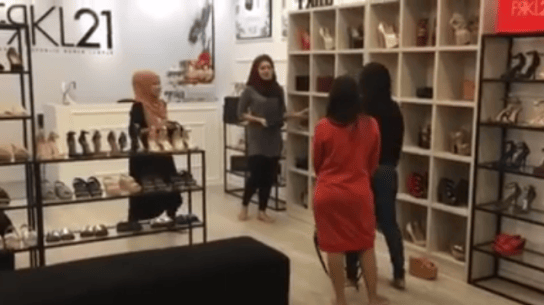 The lady who apparently couldn’t get her shoe on the day itself, went berserk and demands that she does.

“I don’t want to hear whatever excuse. I want the shoe now!”

It’s pretty insane to be going crazy over a pair of shoes like that.

However, while netizens criticised her for her behaviour, there were many more comments which speculated that this video was fake and was nothing but a cheap marketing ploy.

“If she can’t buy the shoe, then she should just leave lah. Why go crazy like this?” a user commented.

“Why are you resorting to cheap marketing tactics to get business? Aren’t you ashamed?” another wrote.

What do you guys think? Was the customer going crazy or do you also think it’s a gimmick?