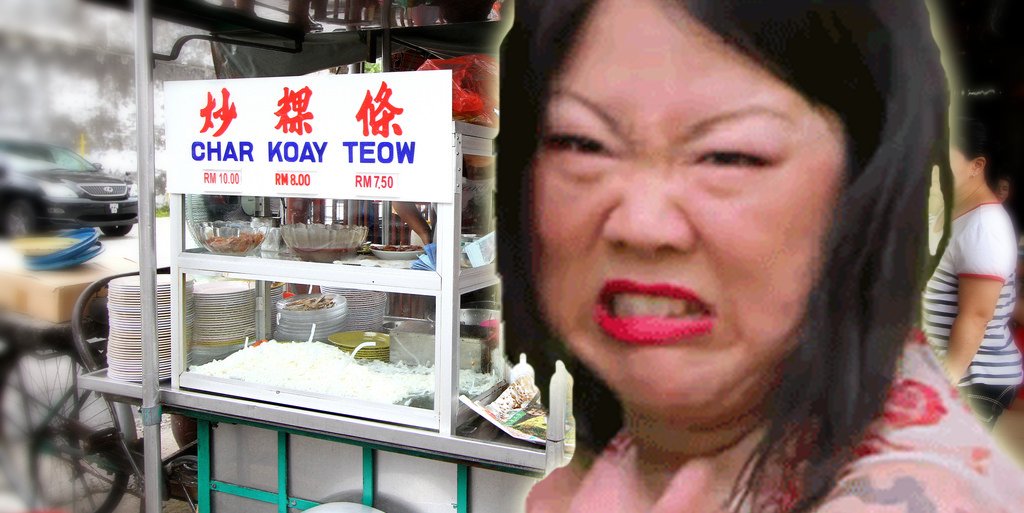 Disclaimer: Image is for visualization purposes only

An anonymous lady recently submitted a post to Free Malaysia Today and her story got Malaysians buzzing.

Malaysia is home to people from various races, and it’s amazing to see every day how Malays, Chinese, Indians, expats and the like live harmoniously amongst each other.

However, after a frustration ordeal, the lady describes how there are still services like restaurants, barber stores etc that still have an outrageous racial-biased attitude.

“With the mentality of serving his own kind first before others, I doubt he will ever succeed in this business.”

The woman who’s comes from an Indian background, recounts back to one Pasar Malam Tuesday, where she tried to satisfy her Char Kuey Tiow craving. The stall was manned by a Malay guy and upon reaching the stall, he was cleaning up his wok with water and a wooden scrapper.

““Boleh order lagi tak (Can I still make an order)?” I asked, worried if he was getting ready to close shop.

Not much of a talker, I assumed.

“Char Koey Teow dua,” I placed my order and began watching him cook.

The hawker was quite skilful with his wok. To preserve the authentic taste of his secret recipe, I noticed that he only cooked one order at a time.

Approximately five minutes later, my first order was ready. The hawker scooped the flat noodles with thick gravy into a translucent plastic bag and began cooking my second order. That was when another customer, a Malay lady, arrived.”

Although she only had one more pack to go, she mentioned that the guy quickly gave her first pack to the lady.

“The hawker instructed his assistant to pack my first order before turning to me, saying, “Saya bagi dia dulu ya, sebab dia order satu bungkus je (Let me attend to her order first because she only ordered one pack.”

“Before I could respond, my packed Char Koey Teow was handed to the Malay lady – she handed over a RM5 note and walked away. I was stunned. It wasn’t like I had 10 orders of Char Koey Teow for him to give priority to this lady!”

However, after another customer came, the Char Kuey Teow seller did the same thing again!

“Soon came another customer, a Malay (again), who ordered one pack of Char Koey Teow – once again, my order was given away.

“Kesian dia kena tunggu kak. Kak order dua, dia satu je (I feel bad making him wait. You ordered two packs while he only ordered one),” the hawker justified his actions upon seeing me frown.”

The lady confesses that at that point, she was no longer angry nor upset. In fact she found it amusing and wanted to see how long the guy could keep his ruse up.

“Frankly, I do not buy his excuse of prioritising customers who place a less number of orders with him.”

The next customer who showed up was a Chinese and she said that she ‘knew right away that I would no longer be made to wait for my orders – the other customer was after all, a non-Malay.’

“And I was right, for I was handed my two packs shortly after.”

“But with the hawker’s mentality of serving his own kind first before others, I doubt he will ever succeed in this business. Most likely, ten years down the road, he will still be a hawker, and nothing more.”

Before you guys start accusing her of being racist herself… She further explains that there are many others who ‘share the similar mindset’ as this hawker and she did not intend to only point-out Malays.

“I remember making an appointment with my Chinese hair dresser only to be made to wait while she attended to other walk-in customers – who coincidently were all Chinese. She even lied when asked why this was so, claiming the other customers had made earlier appointments than mine, when it was so evident by their queries on services available and the price, that they were indeed walk-ins.

“Some Indians are not much different. Try walking to a vadai and samosa hawker in an Indian-majority area – most likely, those who make orders in Tamil are given priority over others.”

Based on her observation, she applauds Bangladeshis for being the ones who are most fair and never gave anyone special treatment based on the colour of your skin.

“The only people I’ve seen so far who do not give any preferential treatment based on race are the Bangladeshis. Be it a Malay, Chinese or Indian – you will just have to wait your turn patiently.

Bangladeshi workers in our service industry tend to treat others more fairly – your race matters not to them. The only people they give special treatment to are those who are respectful. I think it’s about time more Bangladeshi people take over hawker stalls selling noodles and vadai as well as offer their services at hair salons, so Malaysian customers will no longer have to tolerate being discriminated against according to their race.

Although the racial-baisness does not happen often, the fact is, it still is. And people who treat people secondary to ‘their own kind’ should change their perception. It’s the 21st century for crying out loud!

After all, we are one Malaysia. Everyone of us, regardless of our skin colour, should be ‘our own kind’. 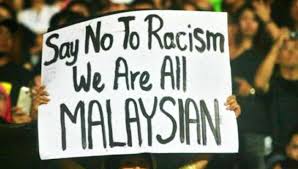