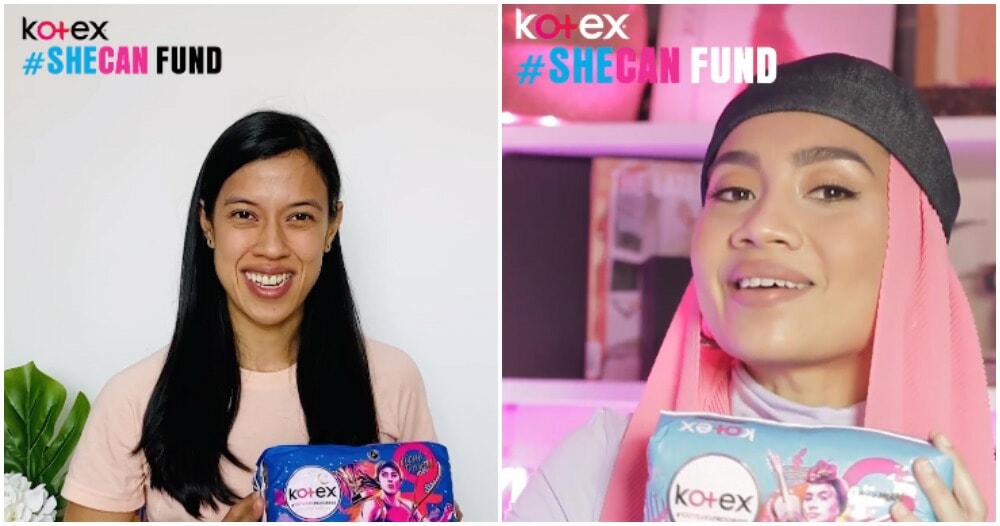 We can’t believe we got to speak to not one but two Malaysian icons!

Kotex recently launched the all-new limited edition range aimed at the celebration of women’s progress for the past 100 years. The limited-edition range features Datuk Nicol David and Yuna’s illustrations on the cover to recognise these legendary Malaysian icons for the waves they have created in their respective industries. By collaborating with our Malaysian heroes, Datuk Nicol David and Yuna, Kotex further strengthens the brand’s show of commitment to women’s progress with the #SHECAN Fund.

The #SHECAN Fund was set up by Kotex with an aim to inspire women and provide them with a platform to turn their ambitions into reality to enrich their own lives and those around them too. In lieu of this campaign, World of Buzz was given the honour of talking to Yuna and Datuk Nicol Ann David in an exclusive virtual interview. 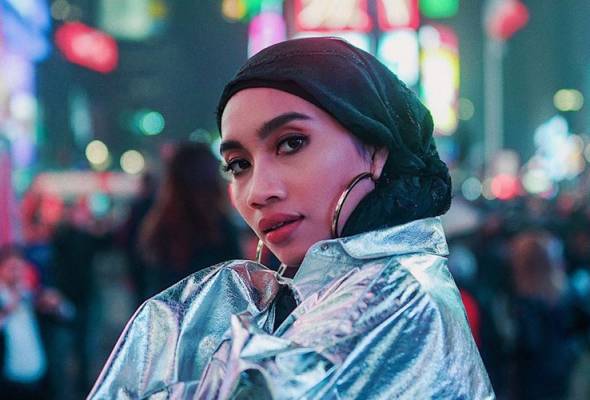 With the ongoing pandemic, a majority of the population is affected in many ways. This is the same for our Malaysian singer/songwriter, Yuna. Speaking to Yuna, we asked her how she made use of her time during the pandemic. She said,

“I didn’t know what to do at first, so I just took it as a well-deserved break since I did not have any breaks in a very long time.”

Yuna told us that the Netflix and TikTok-fueled break did not last long and that she sprung right back to work after the first few weeks. In order to work comfortably, Yuna transformed a room in her house into a mini studio and through that, she picked up quite a few home improvement skills. During the pandemic, Yuna also had the opportunity to be part of the She Can campaign.

“Being an artist can sometimes be quite superficial, however as I was working with Kotex, I felt very inspired by them.”

“For a long time, even before I began working with them, I saw how Kotex did more for women than the people who were supposed to help them.” 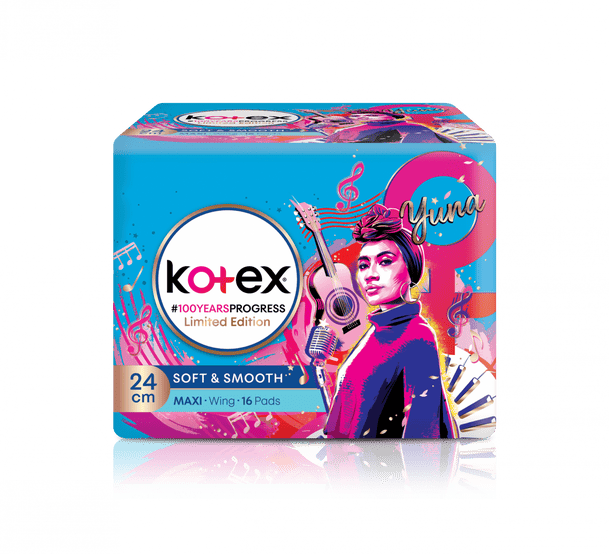 Another thing that Yuna is thankful for is working on this campaign alongside Nicol David whom she looked up to when she was young: “I think of Nicol as my inspiration when I was young even though we may not be as far off in terms of age. However, she was already doing incredible things for Malaysia at that time.”

“I never thought I could make it this far!”

Yuna told us that when she was just starting out, there were a lot of people who felt that she was crazy for wanting to make it big in the USA as a Malaysian Muslim woman.

“I never thought that I could get this far while wearing a scarf. But I believe that there are lots of talents in Malaysia who just need a little push to make it big.”

When asked about what feminism means to Yuna in 2020, she says that it is equality by having more women in higher places as exemplified by Kamala Harris. Yuna then related it to her own experience as a young artist back then where most of the meeting rooms she went to were filled with men projecting their ideals onto her. 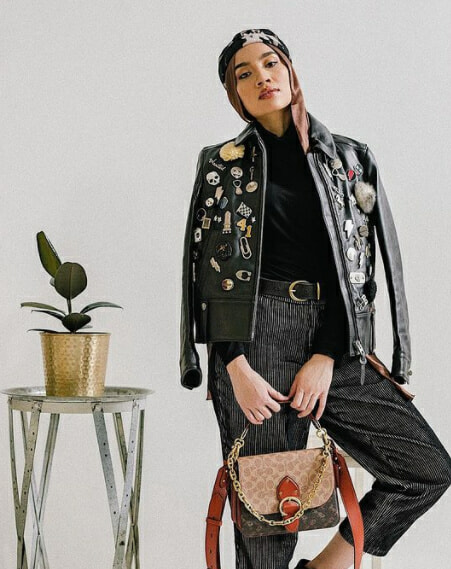 “A lot of them pressured me to take off my scarf as they said that I will not be able to succeed with it. However, I stood my ground and asked them to take a chance on me instead.”

As a message to young Malaysian girls who aspire to be artists, she says,

“Times are tough now but please make use of the time to do your research and experiment around. If you do not know how to approach something, try watching Youtube. No one will judge so you should just record and put out that music that you’ve been working on!” 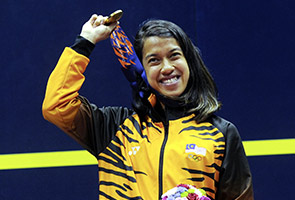 We asked Nicol David how did the whole Covid-19 pandemic affect her as an athlete to which she said that as a former athlete it didn’t affect her as much, thankfully. If you’ve missed seeing Nicol in action, her next venture is putting her foundation together which aims to empower boys and girls through squash.

“We would want to encourage children find their fundamental values through sports!”

As an ambassador for the #shecan Kotex project, she’s proud that this collaboration aims girls to dream big and aspire them to make the most of what they do. She couldn’t help but feel honoured being selected alongside Yuna out of the 100 extremely talented women. Similar to her foundation, the Kotex #shecan campaign aims to reach out to girls out there and to build a sense of equality.

Nicol said that Kotex really recognized all these women who have contributed to their country and the most fun part was being on the Kotex promotional packs. 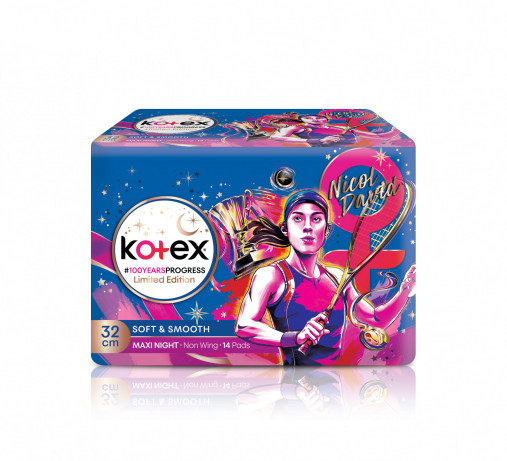 “It’s amazing to be alongside Yuna and inspire woman so they can feel like they can achieve simply whatever they want!”

Speaking about the She Can campaign again, we asked Nicol what exactly does feminism mean to her since this was the concept behind the campaign.

“For me, feminism is really girls and women standing up for themselves and not let anything get away from them.” 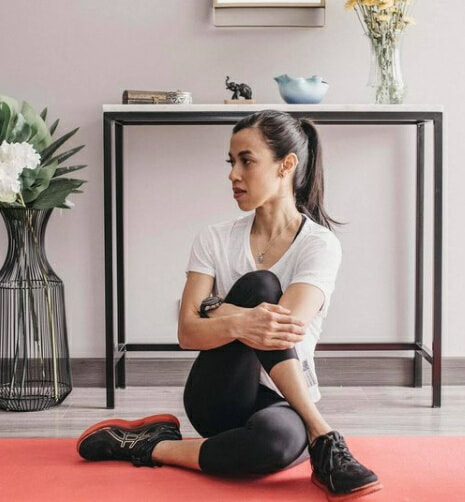 In line with this, Nicol shared about the few women who have inspired her and the first being her mother who has always been humble and grateful for whatever’s happening. Nicol’s two older sisters have also been there setting the path and being great examples not only in terms of squash but also all throughout school. Ms Ee Pui Hun, Nicol’s coach also inspired her and was the one who made her feel like she was part of a family. Nicol finally thanked her other coach from Amsterdam who taught her not only to look out for herself but also to mentor others.

“They saw me as a Malaysian first!”

No one can deny the biases women face no matter what industry they’re in but luckily for Nicol, she said as a Malaysian, she has been fortunate for the support she’s gotten and was seen as a Malaysian first and bringing pride to the nation.

As a message to young Malaysian girls who aspire to be athletes, she says

“Just go for it if you feel you have the talent and potential. We sometimes worry that we might fail but we have to try it a million times before we actually succeed. It takes time to be an athlete and you really just need to give yourself a chance.”

It was truly an honour to sit down with these two legends and hear to their thoughts about being a part of such a trailblazing campaign. 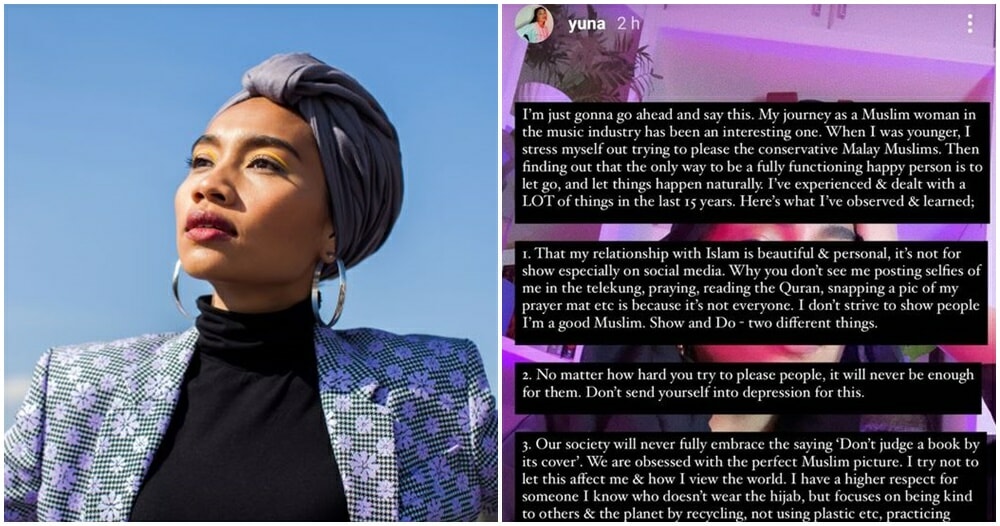